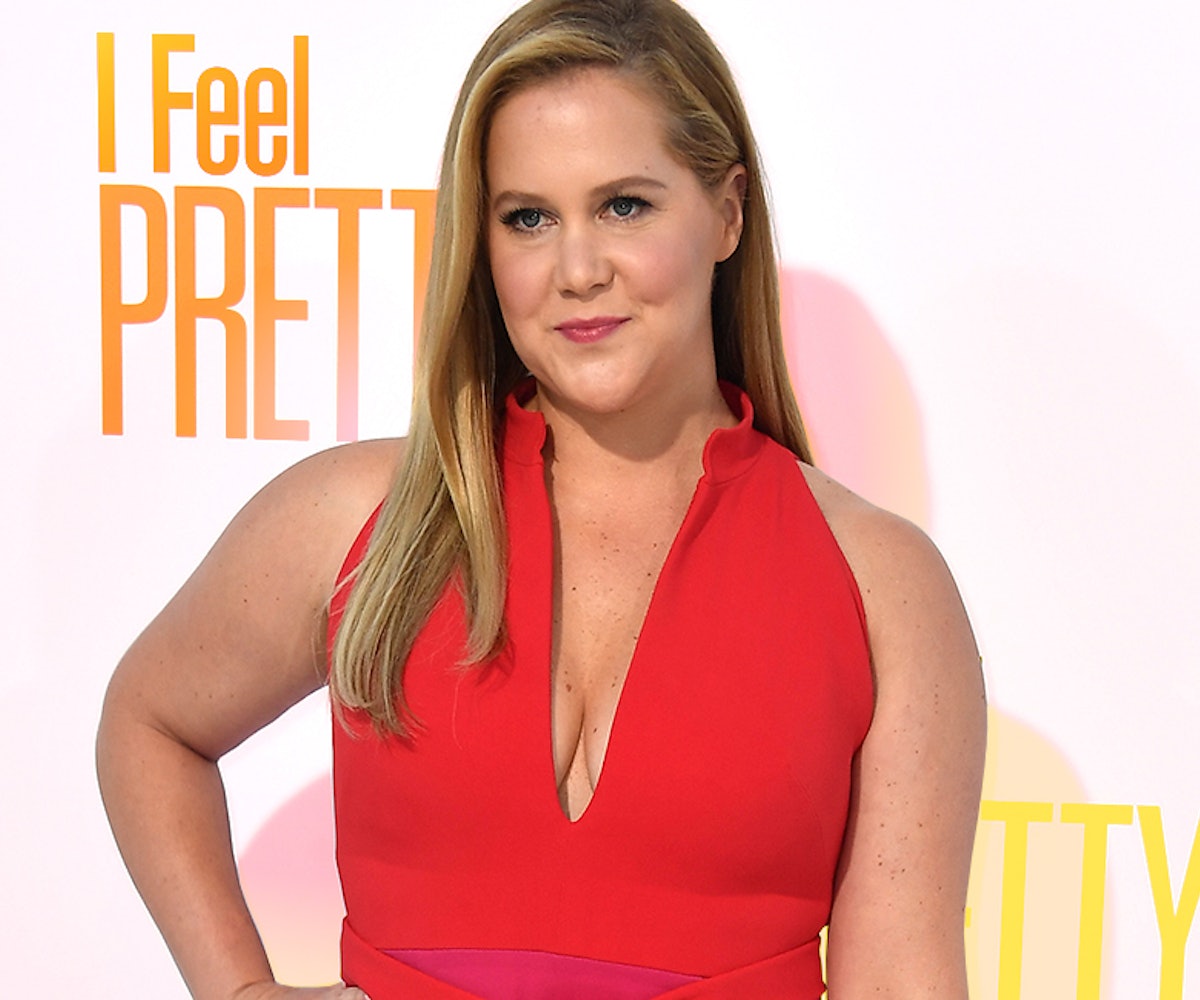 It doesn’t take long now, the trip from cult fave to universally beloved heroine to un-woke backlash recipient. Just ask Amy Schumer, whose years as a working comic (shout-out to Last Comic Standing Season 5, where Schumer didn’t win or even place second!) got condensed into the extremely well-received sketch series Inside Amy Schumer and hit film Trainwreck. Several stand-up specials, TV seasons, a book, and more movies followed—as did, for some fans, a sense of betrayal once they realized that Schumer might be less of an unimpeachable feminist role model and more of a regular human being, with some poor-man’s-Sarah-Silverman jokes in her old stand-up routines and charges of “white feminism” (or, in some cases, all-out racism) in her sketch comedy, even though, in most of Schumer's work, she tries (granted, not always successfully) to make herself the butt of the joke.

This partially explains how a movie as innocuous as I Feel Pretty could garner such pre-release ire. Most of that ire was generated over a trailer that accurately conveys the movie’s premise—a woman gets knocked on the head and wakes up believing that she has magically transformed into her ideal body, and gains a lot of confidence from this belief—but perhaps not its nuance. That is to say, I Feel Pretty isn’t about Amy Schumer wearing a bikini while not realizing that she “shouldn’t” be wearing a bikini, and laughing at her dumb body. It’s about how much her life improves when she loses self-consciousness about her appearance and, also, for the obligatory lesson-learning, how those changes can be superficial when they’re tied up in her obsession with her own looks.

Like I said: pretty innocuous, and borderline appropriate for a 12-year-old, give or take the sex scene (this is Schumer’s first PG-13 movie vehicle). Filmmakers Abby Kohn and Marc Silverstein, who wrote and directed together, are making their feature directing debut after screenplay work on a bunch of movies you’d picture Schumer making fun of on TV: He’s Just Not That Into You, Valentine’s Day, The Vow, and How to Be Single. I Feel Pretty is funnier than those movies; really, almost any movie starring Schumer should automatically be funnier than those movies. It’s sweet, too, almost to the point where Kohn and Silverstein can’t find a comic rhythm when they direct so much energy toward propping up the movie’s would-be serious side.

The thing is, Schumer’s best work doesn’t divvy up the silly stuff and the serious stuff; the best bits of Inside Amy Schumer and Trainwreck are funny because they’re so sharply observed, and feel so true to Schumer’s characters. There are hints of that here, especially early on, as Renee (Schumer) haplessly attempts to follow along with beauty videos on YouTube or take a selfie with her friends (Busy Phillips and Aidy Bryant) for a group-dating website; it’s smart about the sheer physical exertion required to feel like you’re trying to look your best. Even the movie’s way into its way-out premise feels, if not “real,” certainly fitting: Renee sustains a nasty injury at a SoulCycle class, and wakes up seeing someone completely different in the mirror (crucially and cleverly, the audience never sees what Renee does, and has to go only by her conviction that she has been unrecognizably changed).

In the Inside Amy Schumer sketch version of this situation, it would take Renee just a few minutes to go mad with power and attempt to cruelly destroy her enemies. I Feel Pretty doesn’t need to be that expedient or that nasty, but it kind of plods along, unsure enough about the specifics of Renee’s condition that it doesn’t offer cursory explanations for why, say, her friends don’t ask more questions about her belief that she has an entirely different face and body, or how she continues to wear well-fitting clothes if she truly believes her body is different than before. The movie turns into an ungainly mix of fantasy-corporate plotting involving the heroine’s Big Job at a makeup company and sincere life lessons about how far you can get when you stop picking yourself apart.

Kohn and Silverstein have more patience than a lot of comedy directors; their willingness to a hold a shot, especially of Schumer’s face, gives the movie more dramatic weight than a lot of its actual material (credit due also to Schumer for performing so effectively in several extended close-ups). Ultimately, though, the film’s dedication to more explicit lesson-learning muffles some of the comedy, flattering the “original” Renee (who, we’re told repeatedly, was so fun, funny, and caring!) and softening up Schumer in the process. The delightful surprise of the movie is spikier: Michelle Williams, breaking from her serious image to play a stylish heir to the cosmetics company where Renee works, expressing herself in a breathy, Minnie Mouse voice and a series of wistful poses. Like the best Schumer material, it’s cartoonish but believable.

I Feel Pretty has a retro vibe, which is not to say regressive. Indeed, it’s hard to imagine anyone who recoiled at its trailer not feeling at least somewhat relieved by the movie itself, which wants to be inclusive, body-positive, and encouraging, and mostly succeeds—almost to a fault. The movie flirts with addressing how Instagram, online dating, and makeup tutorials affect self-esteem and beauty standards today, but most of it proceeds how it might have 30 years ago. Schumer isn’t perfect, and she’d probably be among the first to say so. But she can do better than the cutest sorta-comedy of 1988.