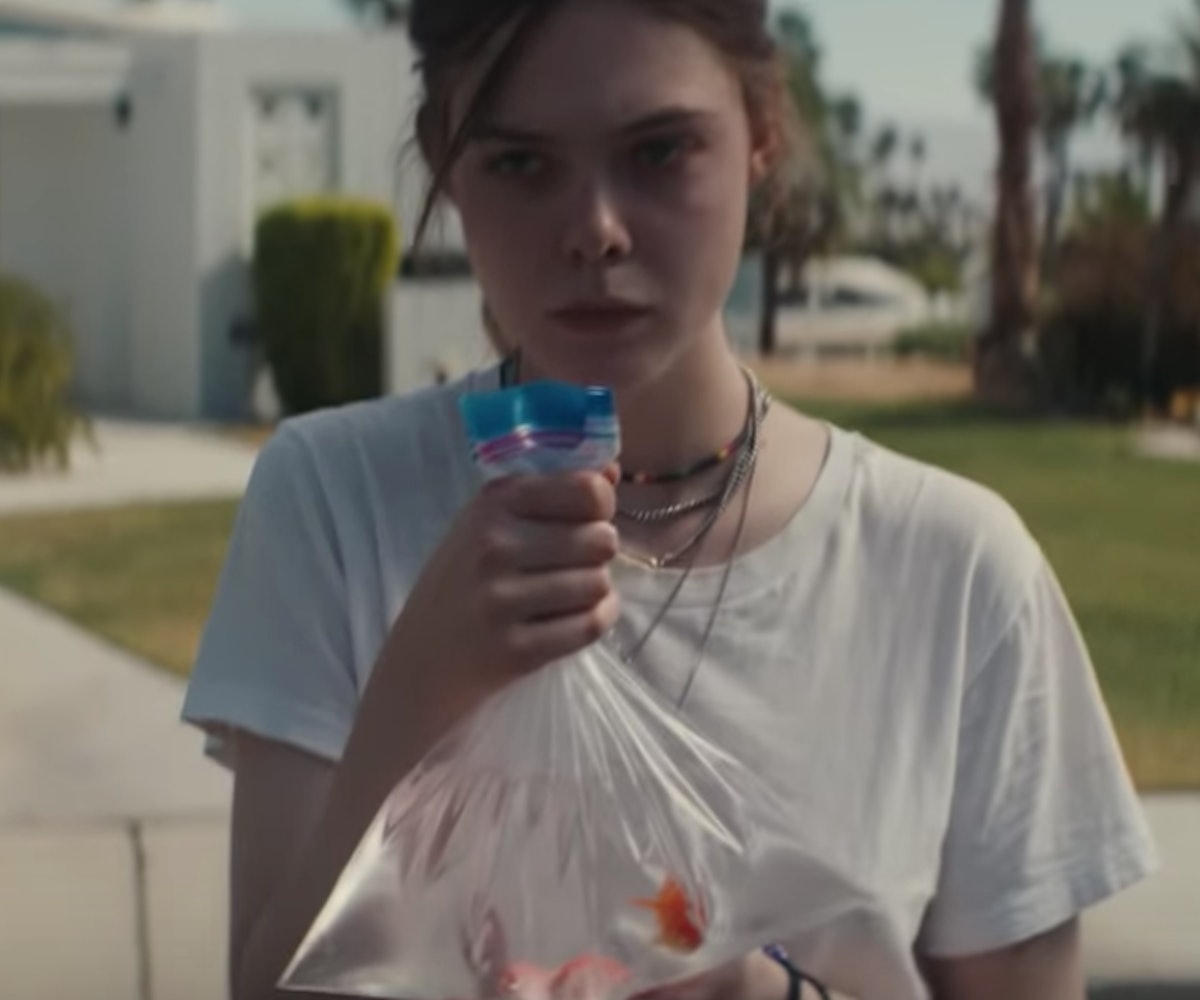 When you think of what the apocalypse might look like, most people would instinctively think of nuclear fallout, zombies, and Mad Max-esque death battles. Scary stuff! But what if the peace and quiet of the end is something you would actually relish? I Think We’re Alone Nowis here to answer that question.

For Del (Peter Dinklage)—a reserved, methodical misfit, content with drinking wine and burying bodies—things seem to be going pretty okay as the sole survivor of said apocalypse. That is, until Grace (Elle Fanning), a rambunctious, loquacious teen who mysteriously appears with a car stocked with M-80s, turns his world upside-down.

Helmed by Reed Morano of The Handmaid’s Talefame, it’s a brooding, yet surprisingly stirring, spin on your typical apocalypse tale. And maybe that’s because, at its core,I Think We’re Alone Nowis not really your classic end-of-the-world drama. Instead, it’s a meditation on the nature of human relationships—the desire for the stability that solitude brings, humankind’s distaste for the unknown, the burdens and eventual rewards of companionship.

Heady stuff, right? Well, to break down what exactly goes down in the film, we decided to talk to Fanning about preparing for the end of everything, her offscreen friendship with Dinklage, and why, sometimes, it's better leaving things a mystery. Read our Q&A, below.

What drew you to a story as darkly comedic as I Think We’re Alone Now? It’s definitely a big shift away from traditional apocalypse narratives.

I guess there were a lot of components [that attracted me to the script]. When I got it, Peter was already attached to star and produce, so he kind of brought everybody together. He brought Reed on too. At the time,The Handmaid’s Tale hadn't come out yet, but there was a lot of buzz around that, and I had seen Meadowland, which Reed directed and [served as cinematographer for], so I was just very excited to see what she could do with this story, which was such a unique telling of the apocalypse. Like, it’s an apocalypse story we haven't seen before, and it reminded me of Harold and Maude, or just this quirky relationship film about these two people that really would never have been brought together in the real world if it wasn't for the apocalypse. They would never have that relationship. And I just thought it was such a beautiful one in how they balanced the seriousness [with humor]. The scenario that was happening was very grounding, but also how there's a lot of comedy in it, which is what we do in life, you know? There's huge, huge things happening, but we also bring out the lightness as well.

What was something that struck you about Grace as a character?

I was allowed to go to like these weird, kind of insane places. I'm very silly and laugh-y, so I got to bring that out, and Reed allowed me to do that. So I was excited to kind of push the boundaries on my personality a little bit to bring Grace to life.

In the film, the cause of the apocalypse is never explained. Do you have any personal theories about what caused the end of humankind?

Ooh, you know, that was something I asked Reed too after reading the script. I was like, “Do we have an explanation?” But I think the beautiful thing about our movie is that it's not explained. And the apocalypse, that aspect, could be taken out of this film, and still work.

It was something I was very scared of when I was a little girl—an apocalypse-type scenario happening. It was just something that I thought about a lot, and I think a lot of people do subconsciously—we're all feeling that.

But [in the film], we don't necessarily know much. It's nice to keep the mystery because this film is not about zombies. We're not action heroes. We’re two real people dealing with loneliness in a different way… [I love how the film highlights] just the beauty of two personalities. And that lonely feeling we’ve all felt before. Sometimes the loneliest place can be in a huge room with tons of people, and you just feel like such an outsider.

The majority of the film is focused on just you and Peter Dinklage’s Del. What was it like for you two to carry this film?

It was a very special, special experience. The tone, the environment on set also was so intimate and, funnily enough, the happiest set I've really ever been on. We had mozzarella sticks every day for lunch.

Was it all that wine that you were drinking?

Yeah! That's it! Our grape juice, which also was funny, because Peter's been in a lot of Game of Thrones, so obviously, he's drunk a lot of wine in his time for film. But this Welch's grape juice can [do some serious stuff] to your stomach. So he's like, “Okay, we can't be drinking this the whole time,” so we had to, like, switch to red-colored water...

But still, it was such a joyous set. Reed was holding the camera in front of us the entire time, so the intimacy level just grew and grew, and we became like the three amigos. It was just having that camaraderie and support and feeling so comfortable with each other.

How was it behind the scenes of a project so dark and brooding?

I think people… It's not necessarily the movies that you're doing. Peter and I… It just felt like we grew so close. We text all the time. We also work in a very similar way, and we kind of have a very similar relationship [to work]. We're not exactly method. We like to go in and out, and I think that that spontaneity helps on-set. That kind of electricity, especially on indie films where you don't have a lot of money, it really pushes you to keep the energy level up. That's why I love independent films so much, because you gotta go, go, go. And that's just exciting for me.

On that note, companionship is generally something that reads as very positive, but I think what kind of struck me about the film was this overall focus on the burdens and the compromises that accompany companionship at times. Were there any particular moments in the film that forced you to think about the way we're trained to view relationships or your own relationships?

Yeah, you pose a big question. People, humans are so complicated, and we react to things in such strange ways sometimes, we internalize things. I was thinking a lot about, “If this really was the end of the world, how would I be feeling about that?” Your whole family, your friends, everybody's gone—the anger you must feel. I think Grace has a lot of anger inside of her.

But also, relationships in life are not always perfect as well, and I think the film really shows—especially in Peter's character—the complications of that. And Peter does that so beautifully. Showing how Del's like, "Well, I don't want somebody here." But then after a while, he realizes that he actually needs someone. How scary would that be [to be alone]? Even though he was happy to finally get to do things his own way? But sometimes you can't. In life, you have to make compromises, and you can't always do things your own way all the time. You have to have some disruption. You have to have something to disrupt what you're doing, because that's how people grow and learn. Something comes in, and you think, Oh, that's a different way to do that.

I experience that all the time, especially on movies with different directors and how they work. You're thrown into situations of, "Oh, this is not what I normally do.” Or, you're given lines on the same day, and you have to adapt. I've been working since I was young, so I especially feel like I've [learned] to adapt to a lot of different ways. It's important. You just can't be small-minded, you know?