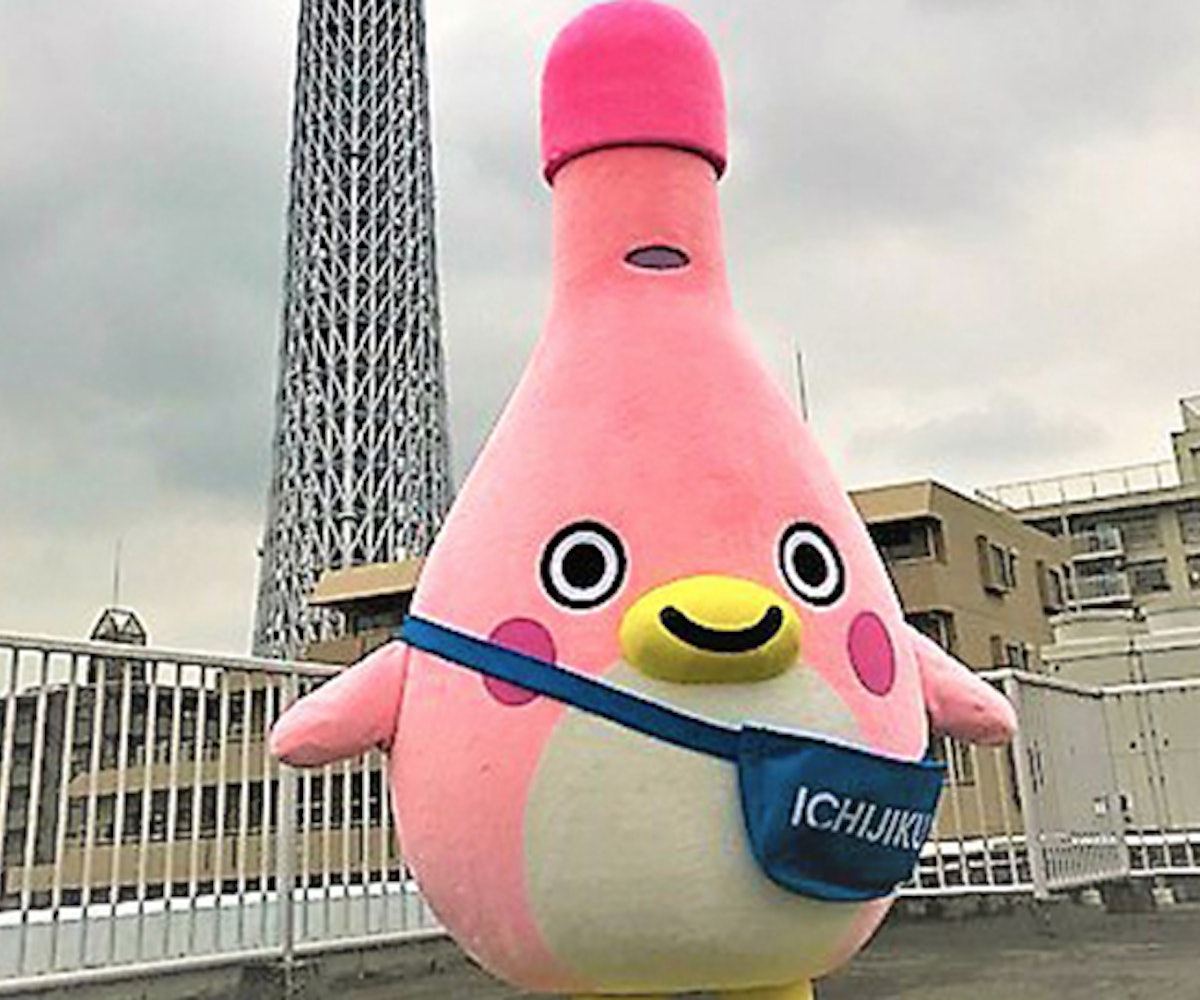 A Japanese pharmaceutical company has found an adorable, albeit a little creepy, way to encourage people to think about their digestive health. Introducing Kan-chan, a large fuzzy pink "penguin" that also moonlights as an enema.

Although the Tokyo-based Ichijiku Pharmaceutical Co. isn't admitting that. They insist Kan-chan, who got its name from the Japanese word for enema, "kancho," is all penguin, no enema, and that the top of the mascot is "actually a hair accessory," according to RocketNews24. As The Verge notes, considering Ichijiku specializes in enemas, nobody's really buying that. But that's okay! Ichijiku doesn't need to be ashamed. It's a good thing if people have a cute mascot to help them talk about important medical issues.

Enemas can be used for constipation and a number of other digestion benefits. The company also makes a whale-shaped enema mascot for kids. Now that Japan has officially anthropomorphized everything from enemas to dog turds, they've mastered the art of sparking conversations about uncomfortable things via cute cartoons.

The design for Kan-chan was chosen from an online competition the company held to create a new mascot for the brand.

In its first tweet to the world, Kan-chan let everybody know that they're "planning to go to many places in the future.” We're assuming places where the sun doesn't shine.