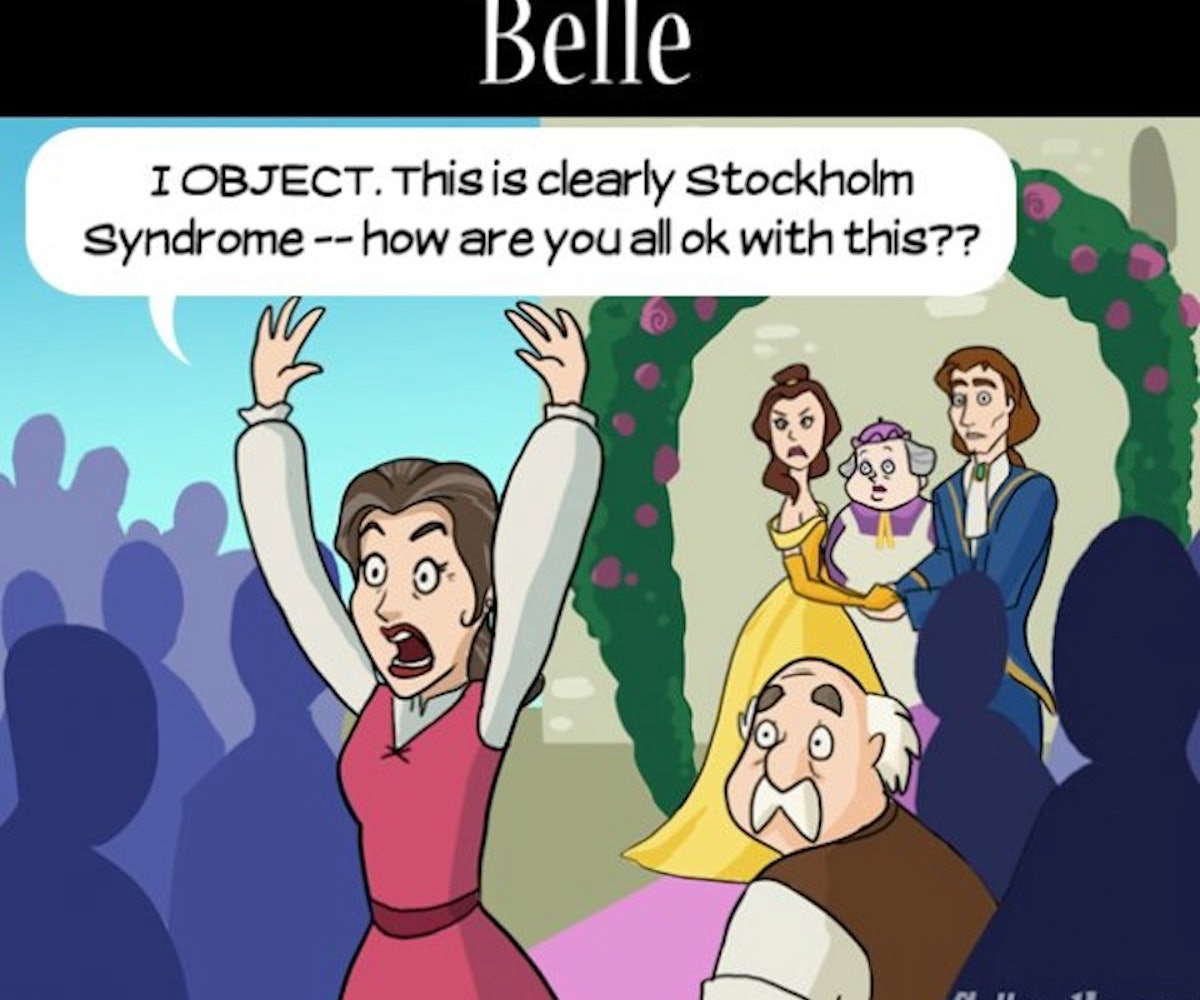 Despite the fact that Disney princess films don't depict feminist values (aside from more recent movies like Mulan and Brave) and romanticize unhealthy relationships, they are a huge part of nearly everyone's childhood, and an even bigger part of pop culture. College Humor decided to highlight one major issue in nearly every classic Disney film: the lack of a strong female figure in each princess' life. In case you never noticed, there is no mother present in Ariel, Jasmine, Pocahontas, and Belle's lives, and Snow White and Cinderella just have awful, evil stepmothers. Artist Amy-Kim imagined what it would be like if they did have mothers around. She created various comic book-esque images with moms taking charge of their royal daughter’s destiny.

In one drawing, Ariel’s mother tells King Triton to calm down and that Ariel’s obsession with Eric is just a “silly crush.” With her purple hair and tiny crown she smiles, “She’s a teenager, she’ll be over it in a month.” Looking back on the classic tale, we can't say we blame her. Sacrificing your voice for a dude… #hormonal.

Another one of our favorite images shows Belle’s mom screaming to stop her marriage to the Beast. In the middle of the aisle, crazy-eyed momma objects, “This is clearly Stockholm Syndrome—How are you all ok with this??” If only she had her mother to tell her she was going a little crazy.

Then, we see the figure we all need—the one who tells us what’s really up with our relationships. Pocahontas confides in her mom, “So I guess he’s cute but then he was like ‘we improve the lives of savages.’" Yup, she’s talking about the extremely ignorant John Smith. Mom's advice? "Dump his ass.”

Click through the gallery to see some of our favorites, then head over to CollegeHumor to see the rest.