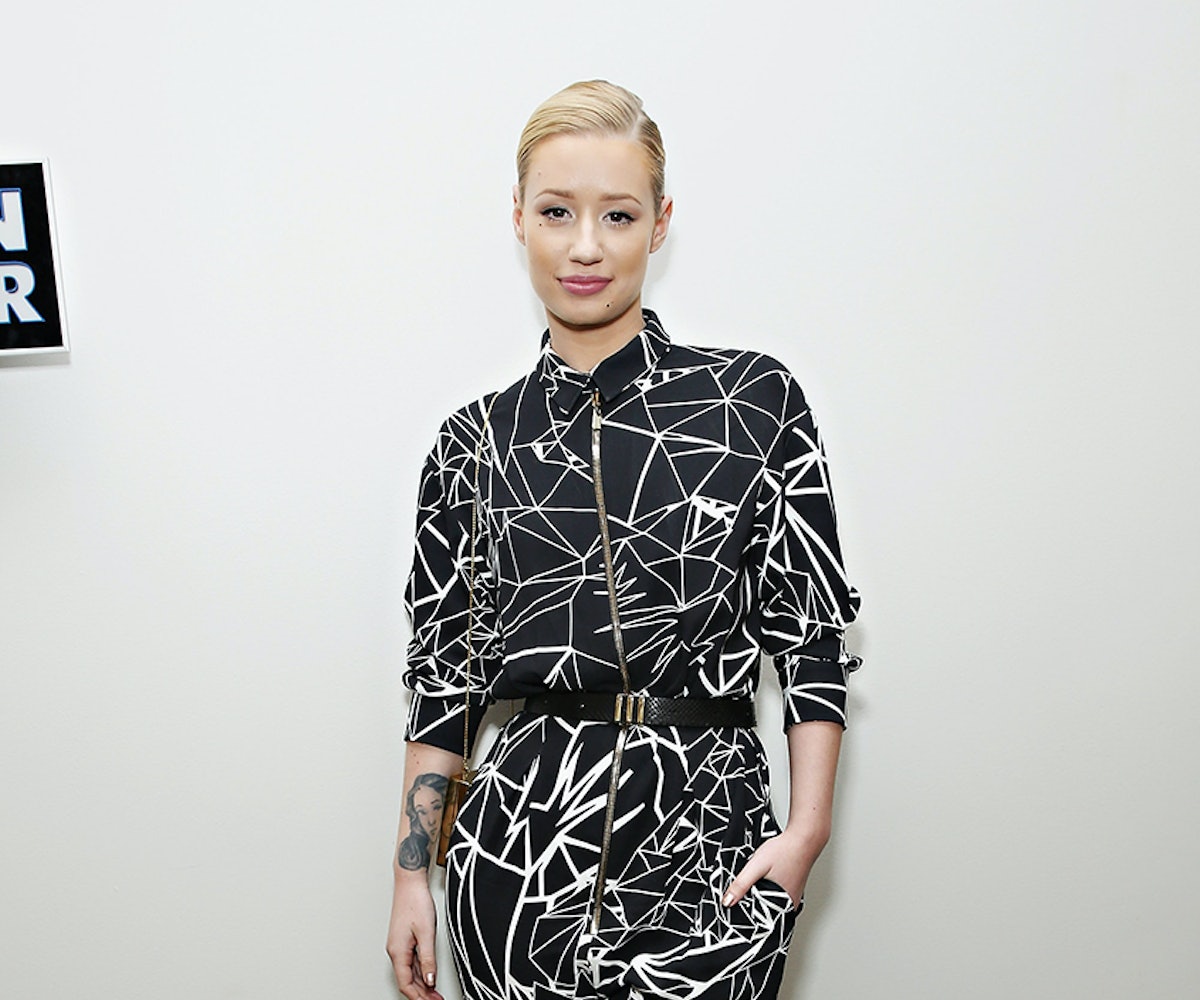 Iggy Azalea's album The New Classic  just dropped this morning, and it's already number 1 on iTunes--but that's really no surprise because the Australian has been making moves in the American rap scene since 2011. It's only her first full-length release, but she's already collaborating with other awesome ladies like Charli XCX and Rita Ora.

Besides her conquering of the music industry, Azalea is making waves with her style. Between modeling for Revolve's summer catalogue to channeling Clueless in her Fancy video, there's no question that this girl knows what she looks good in. The press tour for her new album has been full of amazing looks, but we're really digging her outfit at a radio show interview in New York. Azalea wore a geometric jumpsuit with nude heels and a black leather belt that perfectly showcased her badass princess look.

If you want to look "fancy" like Iggy Azalea, shop our picks below