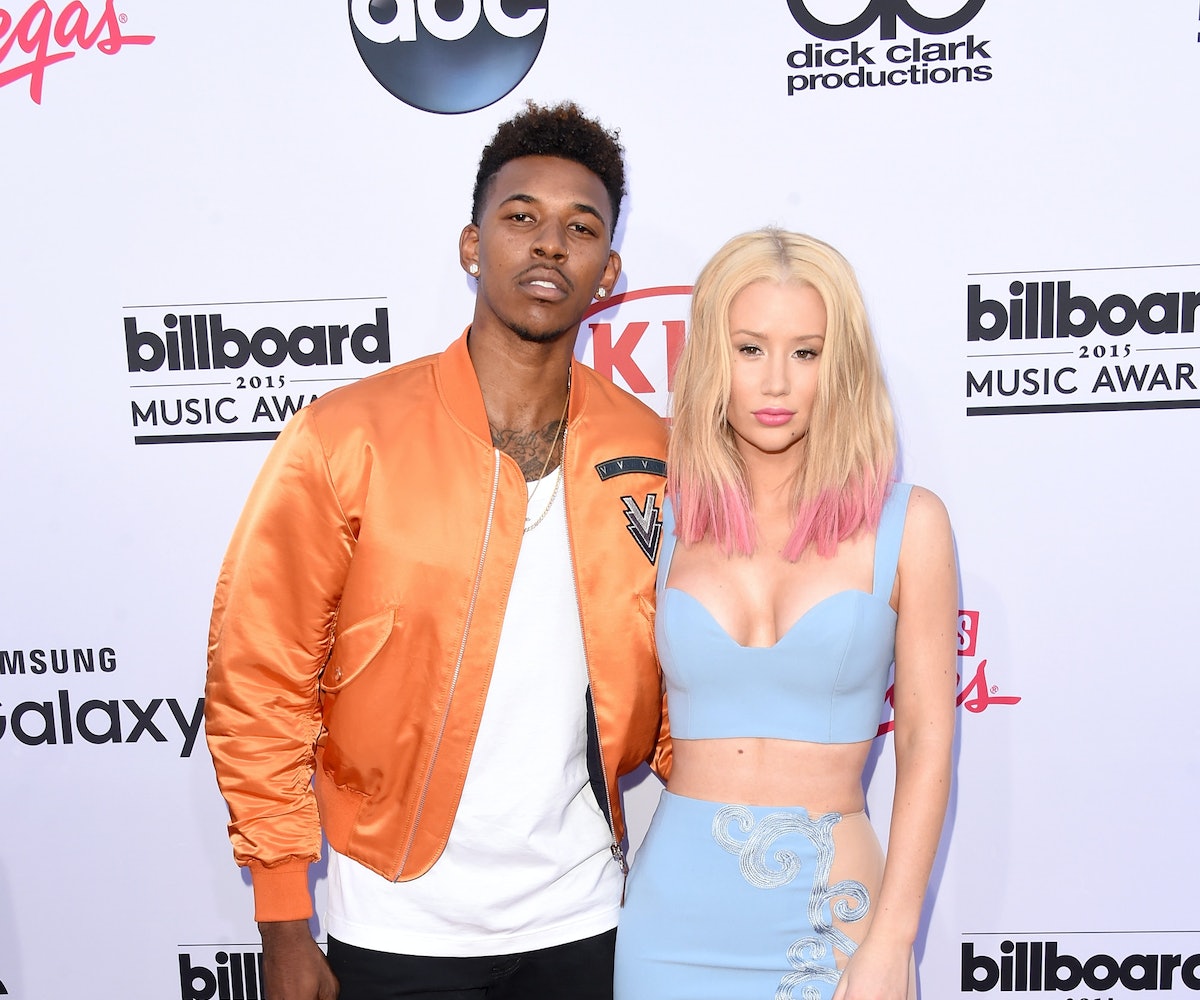 Los Angeles Lakers guard Nick Young and Australian pseudo-rapper Iggy Azalea are getting engaged. But in a fun twist on celebrity engagement announcements, this one was captured on video. (We believe this is a first--correct us if we're wrong in the comments.)

In the brief video, taken at Young's 30th birthday party on Monday night, he can be seen down on one knee, holding up a rather large engagement ring box, and shouting, "Would you marry me?" Aw, so traditional! Iggy obviously answers yes, or we wouldn't be writing this post, and the crowd erupts into cheers. Watch the video below:

And now on to more important matters, aka the ring. According to People, the 10.43-carat ring was designed by Young himself, who looks like he's earned his nickname, Swaggy P. Check it out below, and of course congratulations to the happy couple.