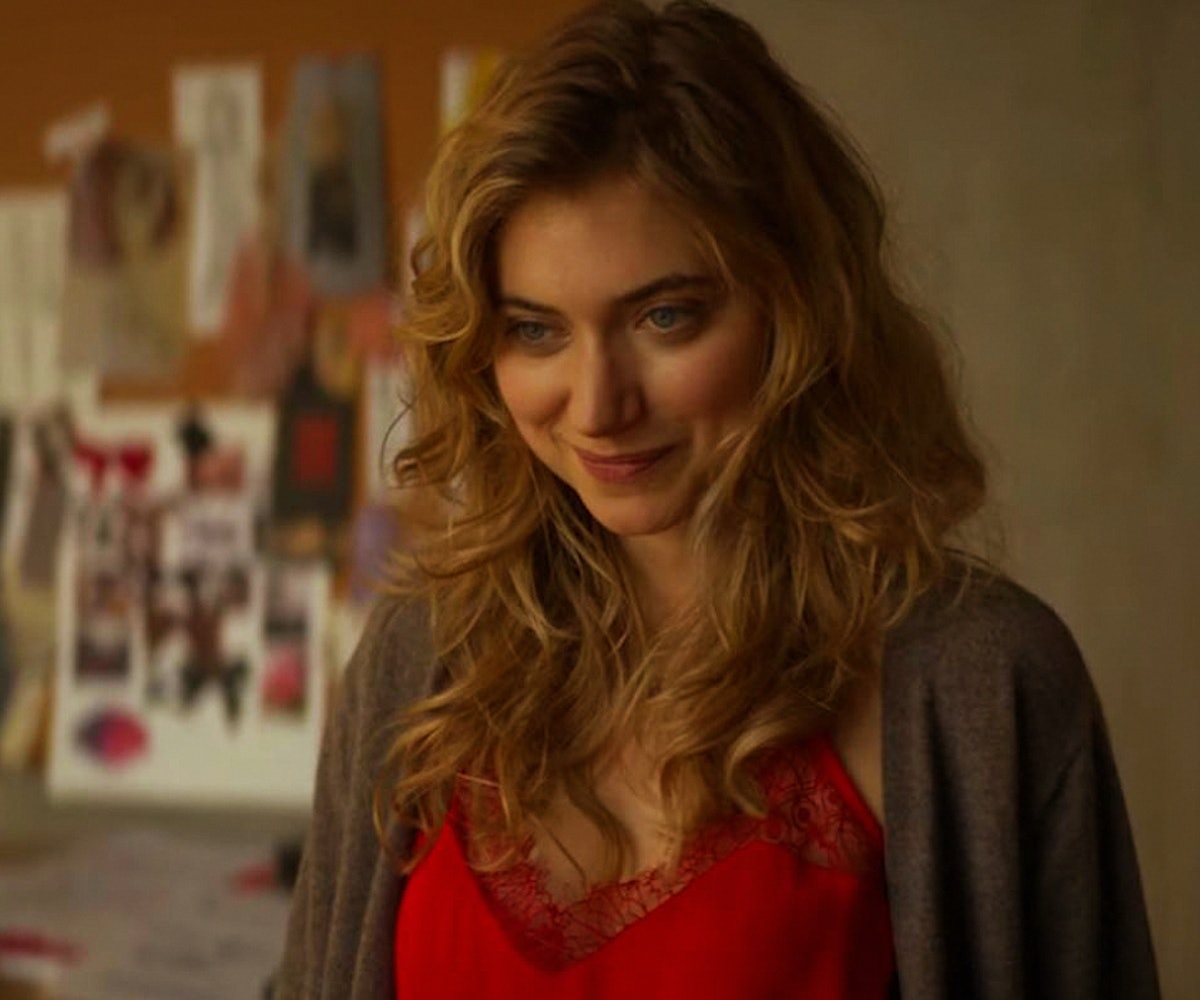 What happens when the person you love isn’t who you think they are? That’s the question at the heart of Frank & Lola, the debut feature film from Matthew Ross. Ross’ twisty script follows Frank (Michael Shannon), a Vegas-based chef, who begins to suspect that his flighty younger girlfriend Lola (Imogen Poots) is more than what she purports to be. An incisive portrait of male obsession, the film rides on two barnstorming performances from Shannon and Poots, whose undeniable chemistry heightens the tragedy of their doomed relationship. As Lola, Poots nails the unpredictability of a character viewers only experience from the perspective of her jealous lover; as he uncovers revelations about her past that may or may not be true, they must constantly reappraise her, unsure of the objective reality.

Ahead of the film’s release last Friday, we caught up with Poots to discuss how she inhabited such a complex and atypical character.

How did you first get involved with the film?

Well, I met the director and, first of all, he'd been trying to make this film for like 10 years, and he totally committed to it. I thought that was such an incredible thing in itself and I really love the story. What attracted me to it was really the humanity of the story, just the human condition. It was really, really tragic and that's something a lot of us are drawn to. There's something noble about watching people try their best, and it doesn't work out. I just like the idea of love as an illness, love causing you to go insane and really become someone else. The idea behind it was exciting to me, that the characters could be quite rich with contradictions. That’s always enticing.

At first, the film seems like a typical modern romance, then suddenly you begin to experience these revelations about Lola. How did you feel when you first discovered her secrets?

Well, I think there's something about the film as well where it's too good to be true, and almost like you're waiting to watch the whole thing turn to rubble. It's sort of set up that way, like what is it about these people who are drawn together? It’s like imagining seeing two people around and asking, “What's their deal? What's their story?” I was waiting to see what was gonna happen and see who was gonna fuck up. That’s something you always look for because otherwise, it’s just fiction. The nature of the film was always going to deliver that moment of lucidity.

Lola is obviously a very complex and damaged character, but early press described her as a femme fatale. Would you say that's accurate?

No, I think a femme fatale take on it is, unfortunately, a perspective in order to understand a female character who’s somewhat elusive. A femme fatale, if you’re thinking about what the really means, you’re going back to Greek mythology. Even if you’re looking at film noir, you’re saying this woman is manipulative, and I don’t think she manipulates Frank any more than anyone in any relationship might do. There's real love there. She's really in love with him. It's frustrating because it's boxing something, a symbolic woman rather than a woman as a multifaceted tapestry of her past. I think, really, it's actually just two people who just kind of fucked up, just two people living their lives, capricious as they may be, dealing with guilt and dealing with what life throws at you. How should you relate to these other people? What should you love and what should you reveal? You really never do know what someone else is thinking and what they’ve done.

The film plays with ideas of what consent is inside and outside of relationships. Do you feel that's an important conversation that needs to be had in film?

Sure. I think that's something where, especially with power in relationships between men and women, women and women, men and men, whatever it might be, there's something about the relationship that’s a binary, that’s two parts. You can get all Simone de Beauvoir about it, but there’s that whole notion that one [person] will always dominate, and what that does to the other person. The male virility, what does that do to the female? It’s debatable because you see it in films now, but then you don’t see it in films now. Looking at specific types of movies, you’re going to see a far more interesting and messy take on that balance and that power. Of course, in conventional movies, you’re going to see a bland version of the idea of what that is. In this film, you see something messy where two people are attracted to the demonic in each other. They allow each other to self-destruct, and they almost need that in order for the relationship to survive. There’s still a lot more work to be done with female protagonists.

Do you think that Lola's a satisfying female protagonist or does the storytelling from Frank’s perspective make her into a villain?

I love her purely for the fact that she makes a mistake and there's something about that when you're a human being, you make a mistake and there's nothing you can do. Your life is changed, your relationship is changed. There's something about that where you can't take that back, and that was something I felt very, very drawn to. It’s kind of lame, but Bob Dylan said in “Lay Lady Lay” that if you have love, you might lose it, and you can have the truth but you have to choose it. You can want something very easily, but you might not be very good at it. I think Lola really wants to be something, wants the idea of a perfect relationship, but there’s just some stuff that went wrong. I feel a great affinity to characters like that.