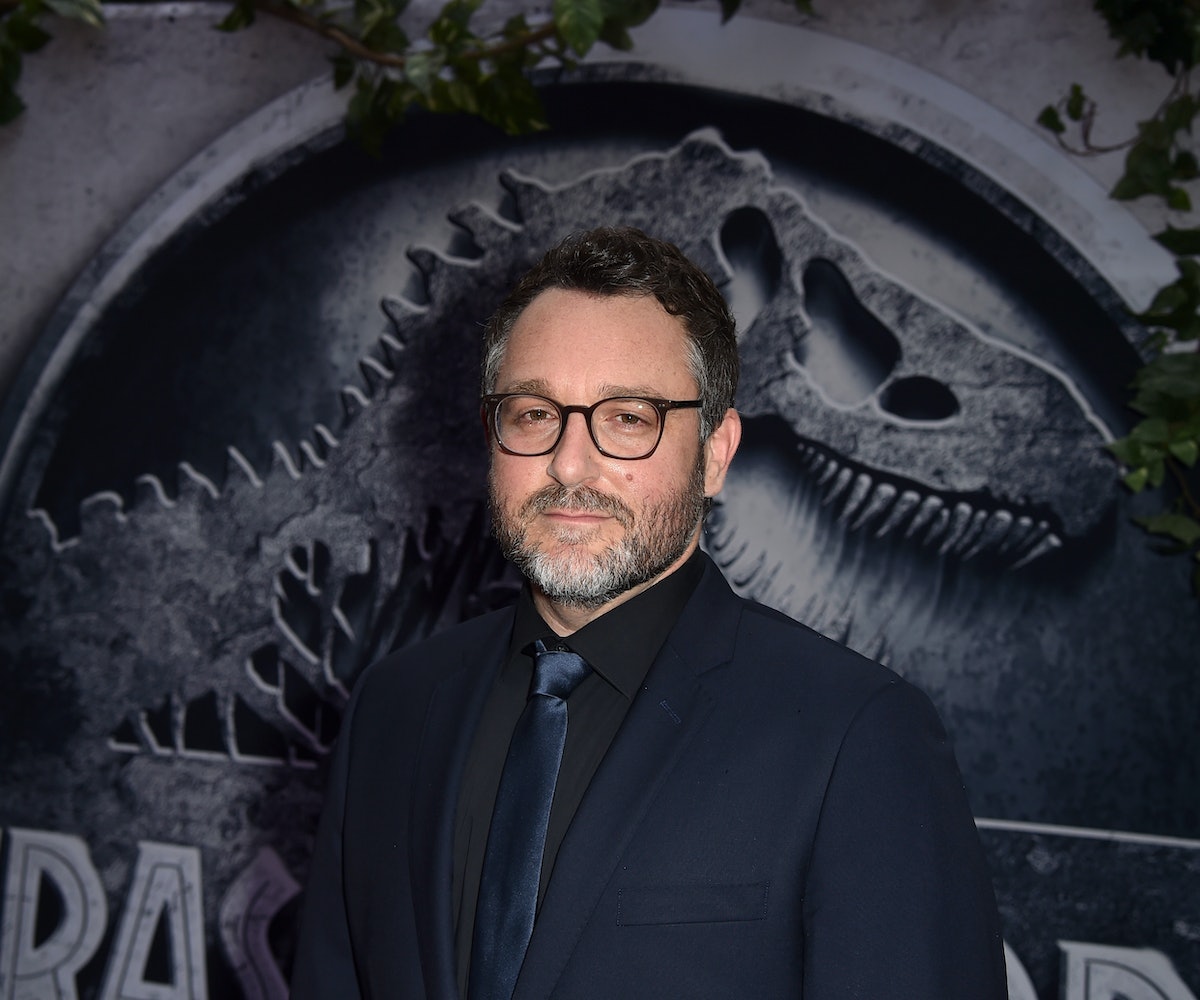 When Disney executives decided to remake Pete’s Dragon, a moderately successful though not entirely beloved live-action and animation hybrid from 1977, they turned to someone unexpected. David Lowery, a cerebral 35-year-old filmmaker just two movies deep into his career, was tasked by the Mouse House with reimagining Pete’s Dragon for a new generation. Lowery made for an incongruous fit. Not only was he a relatively inexperienced filmmaker, but his last film, 2013’s Ain’t Them Bodies Saints, was a glacially paced, visually striking tone poem that wowed critics, but failed to leave an impression outside of art houses. Still, Disney’s gamble paid off. Lowery’s rewiring of Pete’s Dragon earned $21 million in its first weekend at the box office, and, more importantly, has been hailed by critics as an emotionally mature family spectacle that, thanks in large part to Lowery’s instincts as a natural born filmmaker, seems destined to become a modern classic of the genre.

“Disney, from the very first time I heard about the project, was very clear that they did not want to remake the original in any way other than having a character named Pete and a dragon,” Lowery told the L.A. Times of the studio’s approach in hiring him. “We kept the name Elliot for the dragon, but beyond that, they recommended that we not watch it. That's how much they weren't concerned.” Lowery’s poaching from the independent film world is the latest example of a newish pattern to emerge in Hollywood: Studios are taking risks by handing their highest-profile projects to budding auteurs who’ve demonstrated their vision and abilities with one or two low-budget films, but have no experience in the high-stakes, high-pressure world of blockbuster moviemaking. Sometimes the risk pays off. Other times it, well, doesn’t.

Last summer, the fates of two franchises and the filmmakers tasked with reviving them were determined in very opposite ways. Legendary Pictures shocked the industry when it released Jurassic World to the tune of nearly $1.7 billion in global box office earnings. The $150 million budget movie was spearheaded by Colin Trevorrow, who before bringing back the genetically engineered dinosaurs Steven Spielberg dazzled audiences with over two decades ago, had made the well-received but little-seen sci-fi indie Safety Not Guaranteed. That movie grossed $4.4 million with a budget of just $750,000, was well-liked but not loved, and tipped no one off that Trevorrow could be the maestro of an orchestra the size of Jurassic World. No one except for Brad Bird, the wizard behind The Incredibles and Tomorrowland, who saw in Trevorrow a younger version of himself, and eventually convinced the producers of Jurassic World and Spielberg himself to put their faith in him. Thanks to the movie’s massive financial success (critics were lukewarm), Trevorrow is suddenly a made man in Hollywood—his next directing gig is Star Wars: Episode IX.

But just a few months after Jurassic World roared into theaters and devoured its competition, Fox released their reboot of the popular comic Fantastic Four, helmed by a relatively unproven filmmaker named Josh Trank. Before being tapped for Fantastic Four, the then 31-year-old Trank was best known for making Chronicle, a surprise hit in 2012 that grossed $126 million on a $12 million budget. With its found-footage aesthetic and realistic story of high schoolers discovering their special powers, Chronicle flipped the superhero genre on its head, making Trank the ideal candidate to reimagine the folksy Fantastic Four. But the $120 million movie was plagued by bad buzz and whispers of a turbulent production, most of them revolving around Trank’s inexperience and his “unusual” and “erratic” behavior on set. Not only did Fantastic Four get mauled by critics but it cratered at the box office, becoming one of the biggest flops of the year. And despite stories of studio interference, it was Trank who took much of the blame. In the aftermath, he lost his job directing a standalone Star Wars movie, publicly disavowed Fantastic Four in a viral, since-deleted tweet, and with no directing jobs on the horizon, has yet to recover professionally.

Trank’s cautionary tale aside, studios are still handing out premium intellectual property to talented but untested directors. In the next year, Jordan Vogt-Roberts, who made the endearingly eccentric Kings of Summer in 2013, will reintroduce audiences to a certain overgrown ape with next summer’s Kong: Skull Island. Jon Watts, who last year made the compact thriller Cop Car for peanuts—800,000 of them to be exact—was hired by Sony and Marvel to reboot the Spider-Man franchise yet again with the hotly anticipated Spider-Man: Homecoming. That dizzying promotion—the equivalent of an entry-level employee leapfrogging to executive status—left Watts dazed. “The movie I made with my friends in my hometown based on a dream becomes a stepping stone to Spider-Man,” he told the L.A. Times last August. “I wish I could say this was an amazing, calculated path but… It's so weird."

It is kind of weird, but it also makes sense. Young filmmakers are hungry to prove themselves and thus less likely to phone it in, and studios crave an outsider’s take on overly familiar titles. "What we want from our directors is not necessarily leadership that can command an army,” said Marvel chief Kevin Feige, whose hiring of Guardians of the Galaxy director James Gunn was seen as a stroke of genius. “We want vision that can tell a story and can direct that army into unique places in unique ways." But it’s also easier for a studio to exert their will on a filmmaker who isn’t well-studied in the nuanced politics of art versus commerce and will be more willing to bow to the demands of the suit-and-tie overlords signing their checks.

There are some problems with this practice. By seducing these budding visionaries into a corporate structure, where shareholders hold more sway than you and me, we as an audience are being deprived of the singular movies these singular minds might have created if they weren’t busy setting up the next shared cinematic universe. After making the surprising monster movie redux Monsters in 2010, director Gareth Evans brought his guerilla sensibilities to a remake of Godzilla. Then, Disney let him play in their galaxy-sized Star Wars sandbox—his Rogue One comes out this December. But what kind of movies would Edwards be making if he weren’t spending his brain power to expand the world that George Lucas already created some 40 years ago? What if, after Martin Scorsese made Mean Streets in 1973, a studio dangled a big fat check and some shiny toys in front of him and told him to go direct Superman? Would Taxi Driver have ever existed? And is that the world we want to live in?

And while It’s fun and fascinating to watch young filmmakers rise to the top of a notoriously impenetrable industry at warp speed, do they all have to be white dudes? In the last few years, Hollywood’s diversity problem has been cracked wide open, if only because the conversations that need to be happening are finally happening. But that doesn't mean the problem has been solved. Only in the last few days did Ava DuVernay become the first woman of color to direct a movie with a seven-figure budget. (She was approached by Marvel to direct Black Panther but passed due to creative differences.) Patty Jenkins wrapped production on Wonder Woman earlier this summer, but it took 13 years after her first direction job—the widely acclaimed Monster—for her to get the gig. And in a disturbing coincidence, both Catherine Hardwicke and Sam Taylor-Johnson—independent filmmakers tasked with launching the Twilight and Fifty Shades of Grey franchises respectively—were replaced by men, even after their films met box office expectations.

Last August, Trevorrow got in hot water when he made some surprising tone-deaf comments about why more women weren't being offered blockbusters. It's because they didn't want them. "I want to believe that a filmmaker with both the desire and ability to make a studio blockbuster will be given an opportunity to make their case,” Trevorrow tweeted. “I stress desire because I honestly think that’s a part of the issue. Many of the top female directors in our industry are not interested in doing a piece of studio business for its own sake. These filmmakers have clear voices and stories to tell that don’t necessarily involve superheroes or spaceships or dinosaurs.” Trevorrow  was trying to say that female directors had too much creative integrity to bend to a studio's whims and that their independence as filmmakers is something they're not willing to give up.