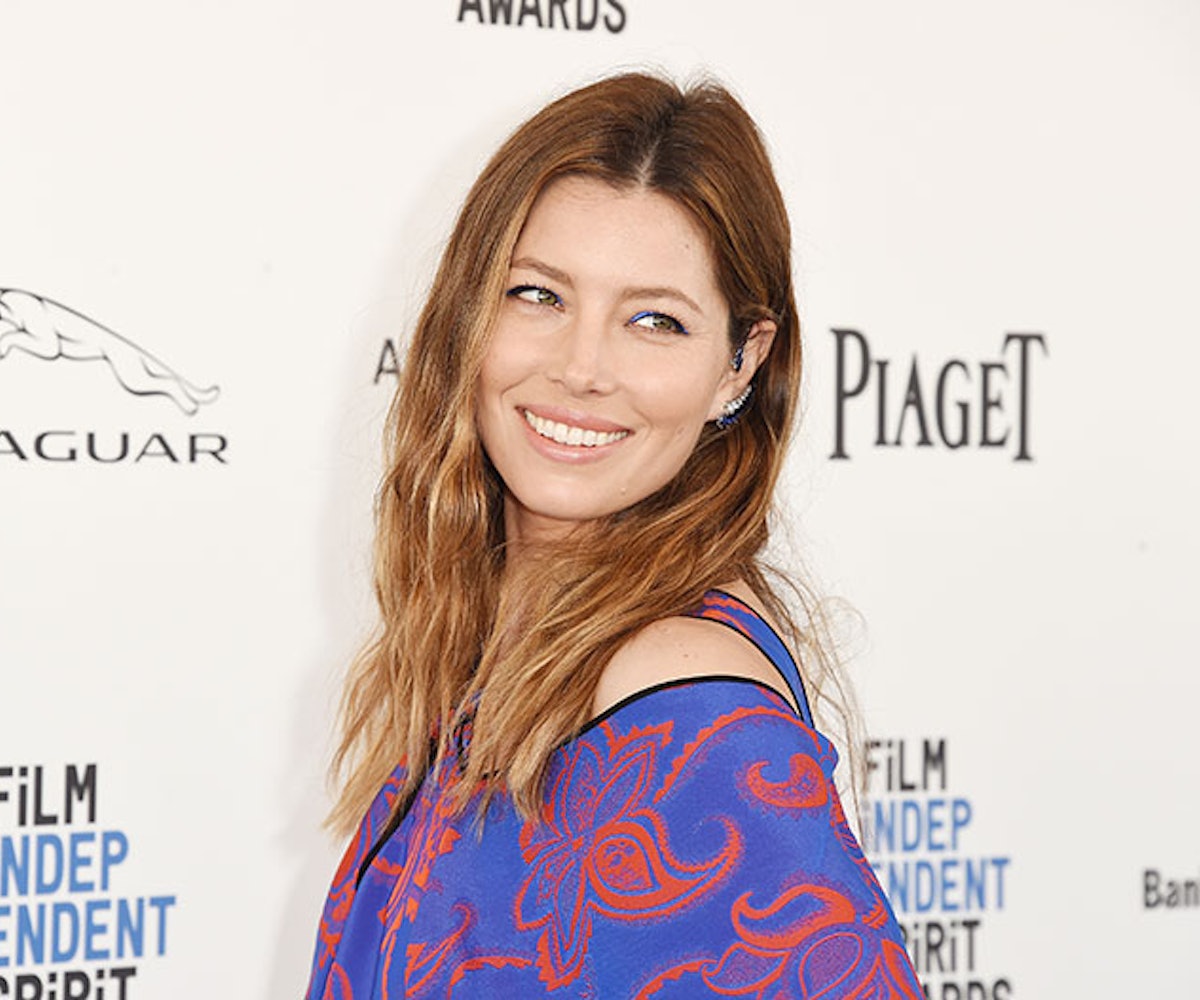 A perfect preface to the Oscars, the Film Independent Spirit Awards honored many of the actors and actresses who should have been acknowledged by the Academy Awards, but weren't. While Spotlight cleaned up big and Room, deservingly, took home the awards for Best Female Lead and Best First Screenplay, Beasts of No Nation and Tangerine finally got the recognition they deserve. Abraham Attah and Idris Elba took Best Male Lead and Best Supporting lead, respectively, and Mya Taylor became the first transgender actress to ever win a major film award. Talk about knowing how to do an awards show.

True to the show's relaxed spirit, the blue (not red) carpet looks were similarly charming and offbeat. Think lots of whimsical embroideries, quirky construction, and the awards show outfit of our dreams: Iranian-American film director Ana Lily Amirpour's full-length tiger tee, with polka dot socks and running shoes. Click through to see the looks that killed it on the blue carpet. We're calling it the Anti-Oscars Best Dressed List. It's just enough awards season style to keep us interested until tonight.

Cate Blanchette is an ethereal hippie goddess in this silk Gucci number.

Not sure which part of Ava DuVernay's look is best: her asymmetrical braided 'do or the full-floral skirt and cute cropped blazer.

Ana Lily Amirpour is likely to make zero best-dressed lists, but we have to give credit where credit is due. How many celebrities only wish they could walk down the carpet in what they'd otherwise rather be wearing at home?

Brie Larson is guaranteed to light up more than one red carpet this season due to the success of Room, and she certainly stuns in this heavily-textured Chanel dress.

Jessica Biel made a surprise appearance in this bright paisley Roland Mouret dress (or pants-dress? Look at it from the back.). Plus, those shoes! Plu

Rachel McAdams was first to step out onto the blue carpet, setting the bar high with a color-blocked gown.