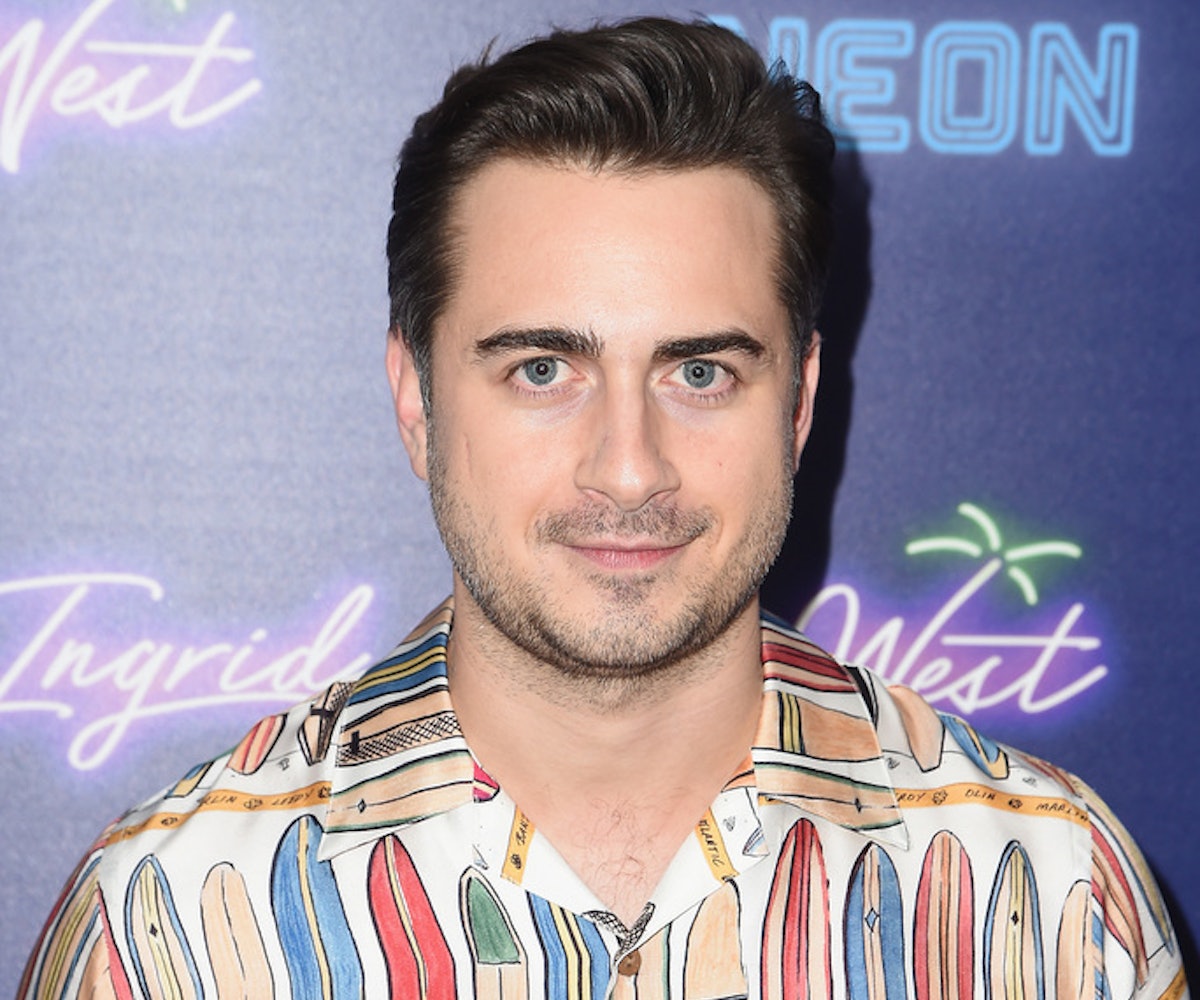 Social media etiquette is thrown completely out the window in Matt Spicer’s debut feature, the manic satire Ingrid Goes West. Aubrey Plaza—crazier than ever, and featured front and center—plays your worst cyberstalker come to life as Ingrid Thorburn, who uproots her whole life and moves out west to Los Angeles, where she proceeds to infiltrate and imitate the life of Instagram influencer Taylor Sloane (Elizabeth Olsen). Some of Ingrid’s shenanigans include stealing Taylor’s dog, only to return it and be invited into her home, tricking her landlord-slash-lover Dan (O’Shea Jackson Jr.) multiple times, and coming up with a dangerous abduction scheme to cover her tracks. Think: Single White Female for the social media age.

Whether you’re an Ingrid or a Taylor or know either one in real life, this indie comedy will likely resonate with anyone who has a digital footprint. We sat down with director and co-writer Matt Spicer to talk about Plaza’s fearless performance, Joan Didion, and the importance of Batman Forever.

I found myself Instagram stalking you before I came here.

It was so fun watching this because I had just gotten back from a Joshua Tree trip when I saw it.

No way. Did you go to Pappy & Harriet’s?

If I had to choose between those two, I think I'm probably more of an Ingrid. I think that's why David [Branson Smith, co-writer] and I wanted to tell the story from her perspective, because I'm always the person who goes through other people’s feed. I don’t post as much. I'll get in trouble because I'll be like, "Oh you were just in Paris, how was that?" And people would be like, "Wait, what? How did you know that?" I'm like, "Well, you posted about it." I'll have to catch myself because that's probably creepy.

Are you the type of person who thinks a lot about social media etiquette?

Before the film, I was very self-conscious about what I would post and how I would post it. I think I posted less because I would get in my own head a lot, being like, "Is this too lame?" And I would just really talk myself out of stuff. Now, promoting the film has gotten me a lot more comfortable with posting stuff. I would say I'm still trying to find my social media identity.

The opening scene of Aubrey Plaza crying with smudged mascara reminded me of a horror movie scene. Were you going for that imagery?

I would say more thriller. We were inspired by ’80s, ’90s thrillers. Single White Female is the obvious one. I think if anything, we're probably most inspired by Enlightened in that opening. Laura Dern's performance is so great in that, and that show opens with her at the depths of her lowest point. We were like, "How could we do that for Ingrid?"

Laura Dern is my favorite crier.

She's incredible. She manages to go to such extreme places—comedy, drama, whatever. She's so nimble in that way, which I think is really hard. She's really fearless as an actress.

I love seeing Aubrey Plaza front and center. She’s often the sarcastic side character, but she holds down every scene in this movie. Did you have her in mind when writing this?

Surprisingly no, but when we finished it, I had to put my director hat on, and she was definitely top of the list. But we were like, "We might not be able to get this person." When we sent the script out and then heard that she was interested in meeting about it, we were like, "Oh wow. Maybe we're onto something here, to make a bigger movie than we maybe thought initially," which was exciting and scary at the same time. Aubrey is so thoughtful and was not at all like her TV or movie persona. She's very sweet, and really knows a lot about film. She doesn't just think like an actor, she thinks like a filmmaker. I felt very safe. I was like, "She's gonna take care of me, and take care of the film, and protect the character."

She is definitely one of those actors you’d think is exactly the same as the characters she plays.

Like Laura Dern, I think she's somebody who's not afraid to make herself look crazy. She has a similar fearlessness about her. She's interested in exploring the darker side of her characters and of life in general, which I think I relate to.

Because Instagram is such a big part of the story, what do you think this movie will be like in 10 years, 20 years?

All the films that I love were made in the ’70s. Those films were all made about what was going on right at that moment, like Easy Rider. Now they’re looked at as classics, and everyone just wants to emulate those films. I think there's that realization that it's okay to make a movie about what's going on right now. This is just as valid as anything else. I'm hoping that the film is universal enough. I can still watch Clueless and really enjoy that film, and that's such a time capsule of 1995. I mean maybe my kids’ kids will look at it and be like, "Oh my god, that's so cute, that’s like man using fire for the first time. Look at them grappling with these simple tools. Okay, back to my hollow virtual reality chamber."

Batman & Robin is low-key my favorite Batman movie and O’Shea Jackson Jr.'s character says Joel Schumacher’s Batman is the best. Is that your personal opinion, too?

Oh my god, wow. Batman Forever is his favorite, yeah. I wouldn't say it's my favorite, but Batman Forever was a very important film for me when I was in the fifth grade. I had my first kiss during that film, on my birthday, with my fifth-grade girlfriend. This is embarrassing to admit, but it was during “Kiss from a Rose.” It was so corny. Whether the film is good or bad, is almost irrelevant to me. It's just such a seminal film for my backstory.

Of course, it is! It was your first kiss movie. Were you like, "We gotta wait for 'Kiss from a Rose' to come on"?

I think people were daring us, because we hadn't kissed yet or something, I don't know. All my friends were there. My dad was there.

Now you've got the adult version in the movie with the Batman role-play sex scene.

Right, exactly, that must be some fantasy in the back of my head somewhere.

You’ve got a lot of Joan Didion jokes here as well.

I mean she's such an L.A. icon. I think it was just a funny symbol for us to be like, she's this aspirational thing of L.A. life. But at the same time, she was very critical of L.A., even though it's her home. We just thought it was funny that in the end, when her life is going to shit, she ends up wiping her ass with a Joan Didion book.

There is something weirdly Instagrammable about Joan Didion.

Of course, and it's a vintage copy. It's one of those things where we've consumed enough Instagram pics that you just start to see things crop up again and again. You're like, "Okay, this is a thing." Like we've all seen someone take a picture of a white wall with a cactus, and then a sage thing and a crystal.