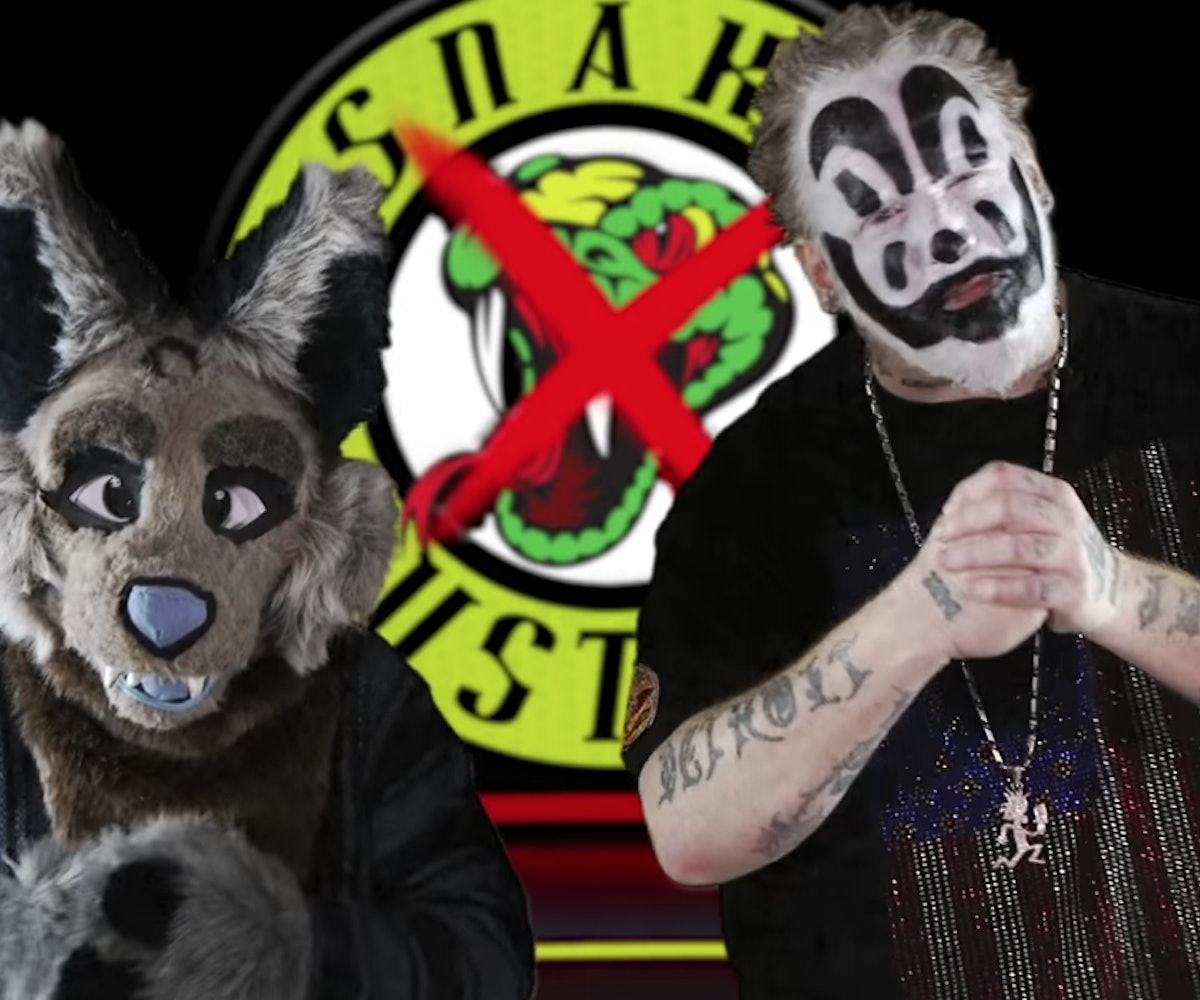 Violent J took to the official Insane Clown Posse Facebook page over the weekend to take a mascot company to task for selling his daughter a shoddy fursuit.

The debut episode of The Snake Busters—a new YouTube series helmed by Violent J and his daughter Ruby—aims to out the "snakes" trying to cheat "people out of there [sic] honestly made, hard earned money," per the video's description. And what better place to start than with Ruby's disappointingly "lame" suit and its "snakey" maker?

Ruby is apparently an avid member of the furry fandom—a subculture interested in anthropomorphic animal characters—and, like many of her other fellow furries, she enjoys dressing up in fursuits. So imagine her disappointment when the new suit Violent J purchased for her wasn't all it was cracked up to be.

"Ruby ordered what we thought was full-fledged high-quality furry suit," Violent J says in the video. "But in reality what we got was full-fledged furry poop." Both Ruby (in her new, ostensibly high-quality suit) and Violent J then go on to lambast the vendor behind said shoddy costume—OISK Mascot. Or, as J calls them, "Outrageously Insane Snakey Krooks." Yes, with a "K." Outlining a large number of things wrong with the suit, the Snake Busters call out OISK's false advertising, lack of communication, and the suit's "floppy, cheap, flimsy, oversized mittens," and ultimately came to the conclusion that OISK is, surprise, full of snakes!

Watch their cautionary tale, below.

NEXT UP
Entertainment
Trisha Paytas Announces Birth Of Daughter, Malibu Barbie
Entertainment
Ethel Cain Is Still Searching For Herself
Life
Your October 2022 Horoscope Brings The Party — And The Drama
Entertainment
9 Films To Stream After Watching ‘Don't Worry Darling'