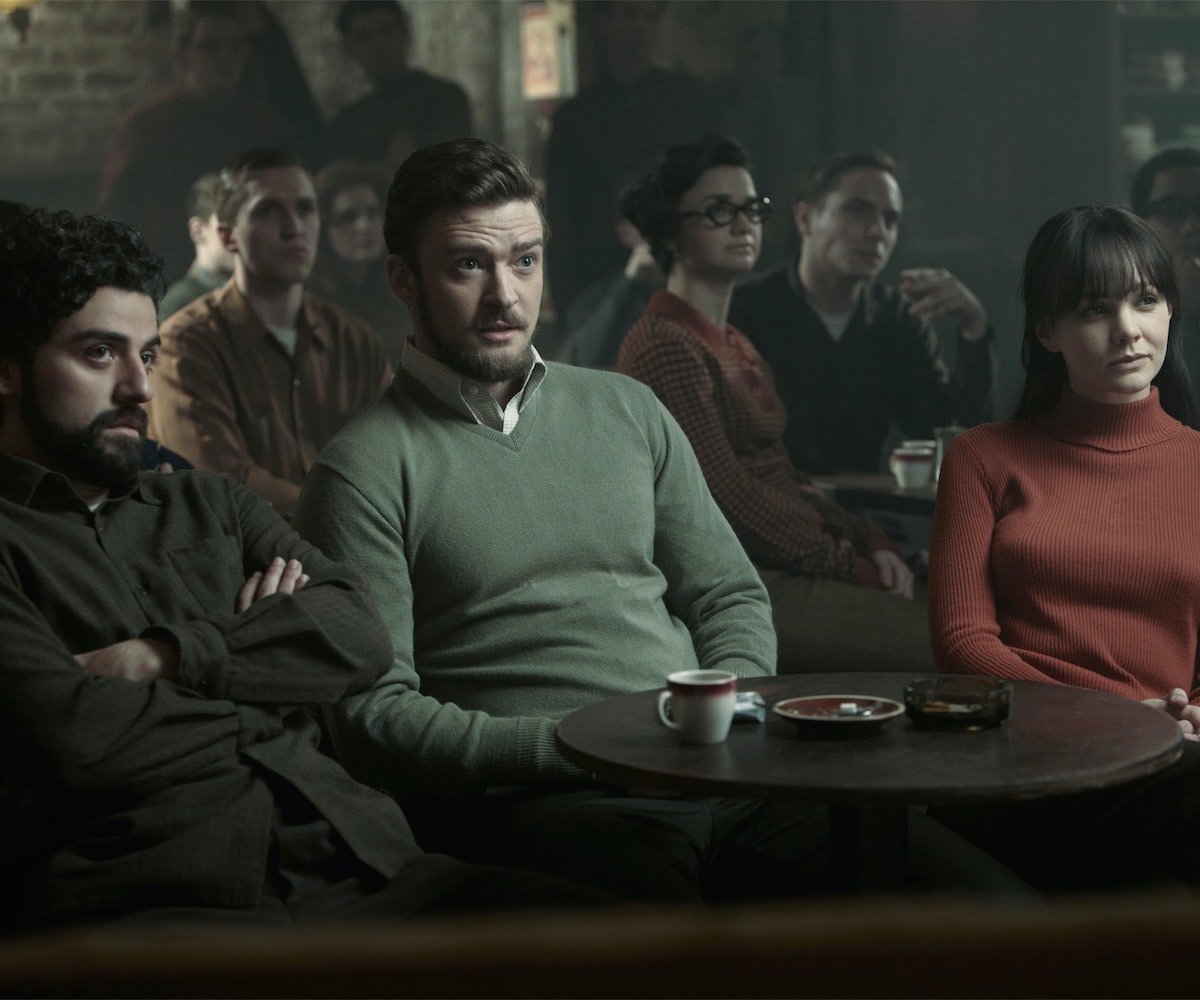 Of course a Coen brothers film is going to be good. The duo have a way of turning every story, from that of a pregnant police officer to that of a guy putzing around in Los Angeles, into a poignant movie. So last week when NYLON's Executive Online Editor, Rebecca Willa Davis, and I (Associate Web Editor, Steff Yotka) went to catch a screening of

, the brothers' latest Oscar bait starring Oscar Isaac as a pre-Dylan folk singer faking it until he makes it in New York City, we knew we were in for something good.

isn't just good, it's great. We've been talking about the movie so much (we literally can't stop), that instead of doing a regular review, we hopped on GChat and talked out our impressions of the film, the actors, and the music. Read our conversation below and make sure you grab your friends and head to theaters to see this one. We command it!

) it's definitely in the top 10, which is to say, I thought it was great... which you know because you heard me giggling the whole time.

Definitely. It took me about 15 minutes of watching, and then I was hooked. And as you know, I don't even really like watching movies that much (world, I'm sorry, but I don't), but I was pretty much glued to my seat laughing.

That's the thing that I thought made it so great: The plot itself is pretty depressing (a guy with talent who just won't allow himself to succeed--and you get the feeling that he just might not ever), and yet it's thoroughly enjoyable. There's humor in the tragedy, but not the sort of humor that makes light of his situation. And Oscar Isaac was incredible, I thought. (I mean, so was everyone. Except JT, because I will never, ever be able to take him seriously.)

So incredible. You really feel compassionate for Llewyn, even though he's sort of a dick. What I thought was really interesting is how you get to meet all these characters, like Jim and Jean, played by JT and Carey Mulligan, the baritone (Adam Driver), the Army singer (Stark Sands), and see them in "real life" and then experience them so differently in their music. JT goes from a seemingly nice guy to a sellout, Mulligan is a total B IRL, but sings like an angel... there's so much added dimension that the use of music gives to the characters.

Yeah, no one does characters quite like the Coens. Don't even get me started on John Goodman's character, who insists on calling Llewyn "Elwyn" the whole time, which still cracks me up, many weeks later. Also, I really don't know much about that era of music--I'm a '70s punk rock girl through and through--but I felt like you could still enjoy the movie even if you're not a Dylan acolyte. Kind of like O Brother, Where Art Thou? only slightly less obvious in its Odyssey connotations.

Definitely. And with more cats.

Haha. That cat needs to win an award, BTW

[At this point the chat devolves into being completely cat-centric...]

Here's the thing: I really love the Coen brothers movies. So I wonder if it's the sort of film you'd like if you generally don't like the Coen brothers' films. I think it is, but only if you're OK with a story that maybe, in the purest sense, doesn't have a ton of direction. It follows Llewyn for a week in his life, but sometimes not much happens in life even when it really is happening (if that makes sense). Like, in this movie nothingness is something. I love that, but if you need more of a plot and a start and an endpoint, it might be a bit frustrating to watch.

of movies, if I can say that. But I will say that even though a lot of doors were opened plot-wise, from Llewyn's habit of impregnating women to his merchant marine background to his father and his sister (I mean I could go on and on here), most of the plot points were wrapped up and packaged nicely. All the little vignettes fit together and I didn't find myself becoming too attached to any one story or moment. But the thing that I thought was simultaneously genius and sort of a sell out was the ending. Even so, I think the movie is totally worth seeing. I know this is cheesy, but after we left the theater I felt really great, like I could conquer the world.

I don't know if I felt like I could conquer the world--again, I think it paints a pretty depressing portrait of being a creative person and remaining authentic--but I haven't stopped talking about it weeks later. Or laughing about. Seriously, I just said "Elwyn" in my head and LOL'd.

Inside Llewyn Davis opens with a limited release today, December 6, and has a nationwide release on December 20.