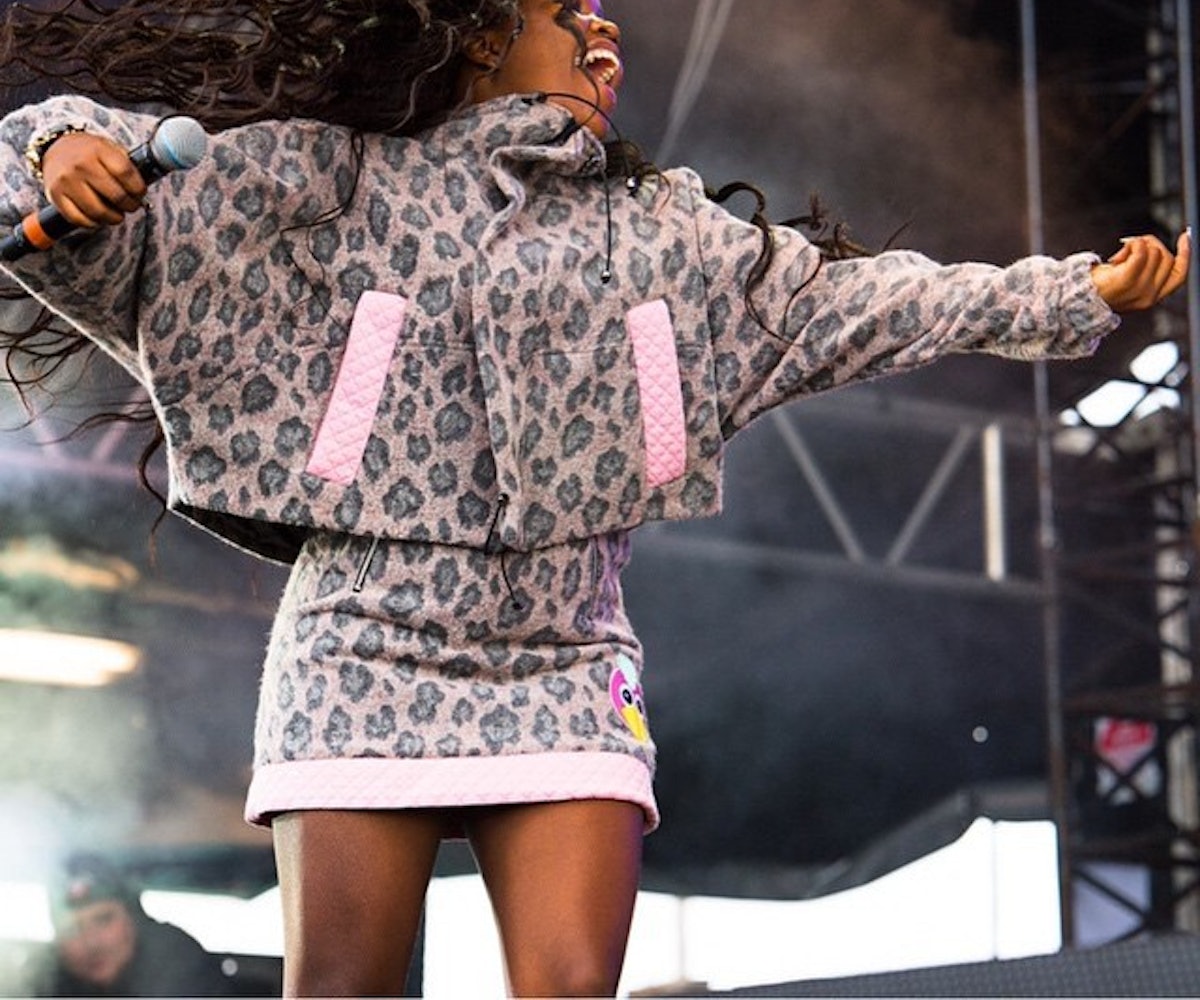 Names like Lauryn Hill, Lil' Kim, and Nicki Minaj may be the first that come to mind when thinking of some of the biggest female names in hip-hop and rap. However, many of the most talented female rappers seem like treasures yet to be uncovered. From collaborating with artists like Nick Jonas and Diplo to having songs featured in motion pictures like The Bling Ring and Pitch Perfect, we have uncovered both the latest and the greatest female rappers that are taking the music industry by storm.

These 10 female rappers not only have some of the sickest music, but their Instagram game is also on point. If you aren't following them already, what are you waiting for? Click through the gallery to check them out!

As both a singer and rapper, Angel Haze is the queen of versatility, with a resume consisting of songs off of their 2013 album Dirty Gold as well as collaborations with Nick Jonas and Timeflies.

The Misshapes Halloween Event Presented By Ketel One Family-Made Vodka

This girl is the definition of rad. Hailing from South Korea, rapper CL has immersed herself in the American hip-hop world, featured on Diplo's single "Doctor Pepper" alongside Riff Raff and OG Maco.

Only cool vibes come from Tkay Maidza and her Insta-game. This Australian rapper does a great job at showcasing her fabulous style and mesmerizing performances.

“You know what’s up or don’t you?” Azealia’s Instagram will let you know what’s up by giving you the 411 (or in her case, the 212) on the rapper’s latest projects, as well as a ton of selfies.

This Queens native is a multi-talented star. Not only can she rap like an expert, but she is also a comedian, starring on the third season of MTV’s Girl Code.

From now on, it will be hard to see pink hair without thinking of Snow Tha Product. Her signature pink streak is all over her Instagram, as well as on the cover of her latest mixtape The Rest Comes Later.

New Orleans rapper 3D Na’Tee is a serious businesswoman when it comes to her music career, constantly showcasing her unique talent and performances through Instagram videos.

Chella H keeps it funky and fun while promoting her songs "Bitch Whet" and "Fleek" on her Instagram. She posts clips of photo shoots, appearances, and, of course, a few casual selfies.

Feeling nostalgic? Not only is Tink a seriously talented singer-songwriter and rapper, but her vibrant, 90’s-inspired style serves for some fashion inspiration.