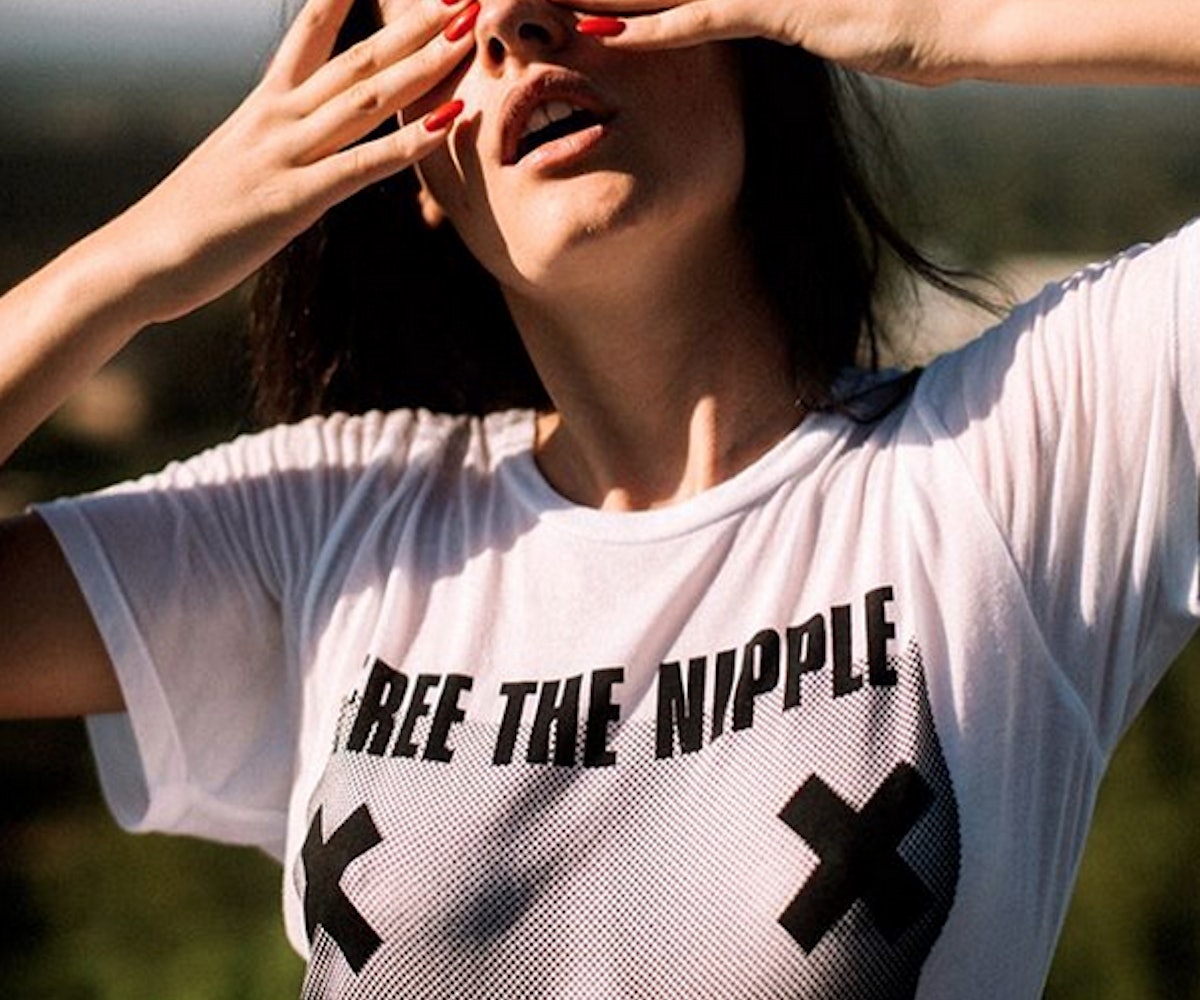 Photo via @freethenipple on Instagram
by rebecca deczynski
Oct. 5, 2015

Despite attempts to fight the system with hashtags, protests, and even a documentary, #FreeTheNipple has yet to prevail over Instagram's strict community guidelines. But as it turns out, Instagram itself might not be the enemy in the fight for nipple equality: CEO Kevin Systrom explained at a talk in London on Wednesday that the photo app's strict censoring is not due to its own belief system, but rather Apple's own guidelines.

Because Instagram is offered in the App Store, it must be designated an age rating—in this case, 12+. An app is only allowed to permit nudity if its rating is 17+. But here is one of the many catches, as pointed out by Mic: Twitter, also available in the App Store, also features nudity (think about all the times you've been followed by a pornographic spam account) and it features a 4+ age rating. So is it Instagram's nature as a solely visual app that makes it adhere more strictly to age ratings, or is this disparity just something that's been overlooked by Apple?

It remains unclear who is more to blame, then, for the overt censorship of women's nipples, which, to be clear, are not sexual organs. But if anything can be learned from the disparities that exist in Instagram and Apple's censorship tactics, it's that the female body is one that is overtly sexualized in a way that simply doesn't make sense. To truly free the nipple, it's society (at least American society) that needs to reconsider its censorship laws—and the misguided intentions behind them.