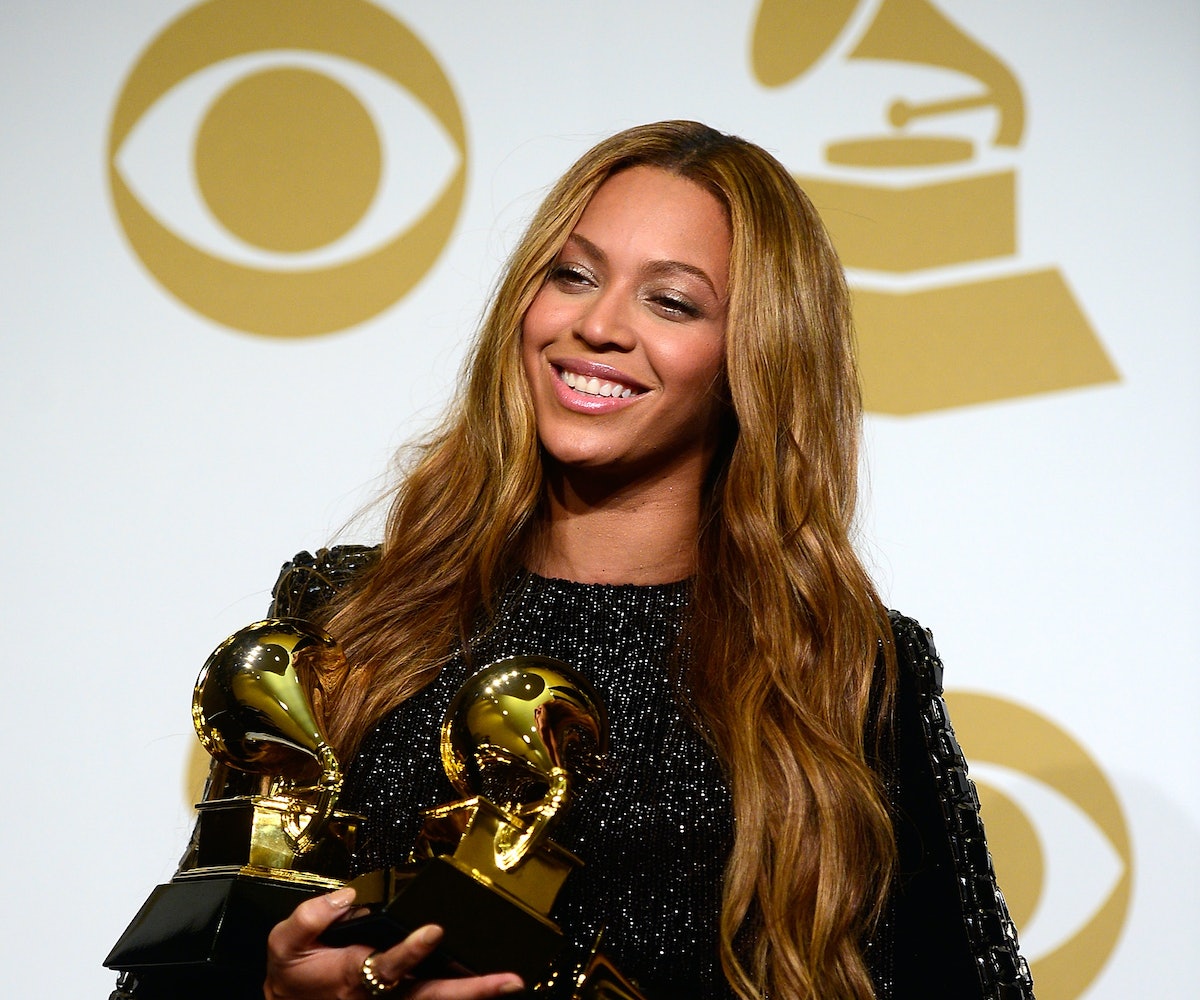 If you haven't already been placing your bets for the Grammy Awards, you've only got three days left. Obviously, we look forward to seeing who goes home with the gold, but we're extra excited about all of the stellar performances (Lady Gaga with Metallica, Katy Perry, Adele, Beyoncé, Chance the Rapper...) lined up for the evening. (Until then, we'll be rewatching last year's theatrics.) In celebration of the 59th annual ceremony, Instagram collected global data to determine the rankings for each category.

The results were determined by the number of mentions every artist received for each song, record, album, or artist name in the captions or comments of photos posted on the platform since the nominations were announced on December 6. The top five most followed nominees are Ariana Grande, Beyoncé, Demi Lovato, Rihanna, and Justin Timberlake.

To re-review the full list of nominations, check here. Watch the Grammy Awards on February 12 at 8pm EST on CBS and peep the predictions in the list, below.

Album Of The Year

The Life of Pablo

NEXT UP
Entertainment
Bad Bunny, Lizzo, Kim Petras Will Perform At The 2023 Grammys
Entertainment
Brendon Urie Officially Disbands Panic! At The Disco
Entertainment
Samia On 'Honey' & Saying The Ugly Part Out Loud
Entertainment
Gracie Abrams & Gia Coppola On The Joy Of Free-Flowing Collaboration
Style + Culture, delivered straight to your inbox.