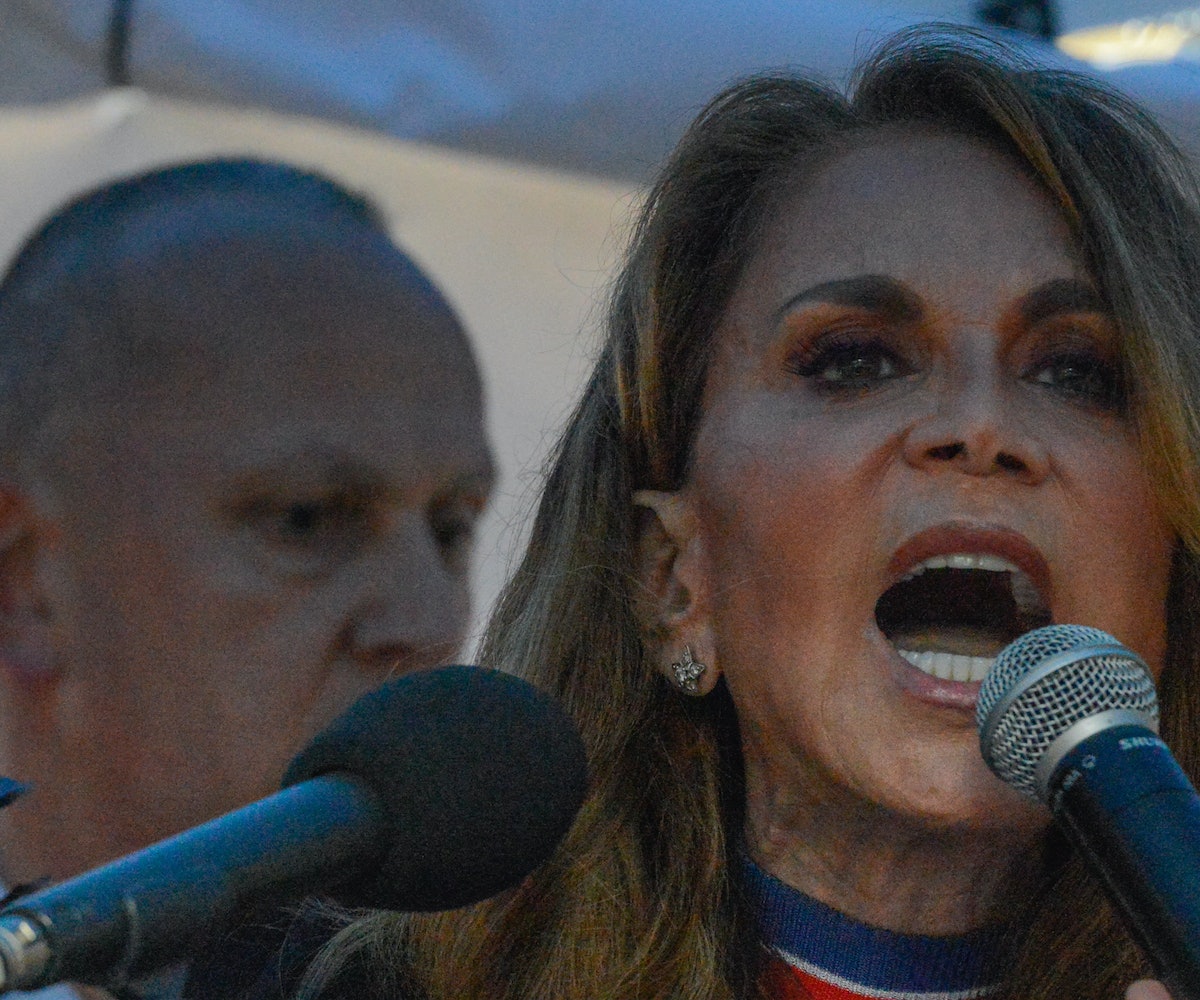 Update 3/1/18 11:45 a.m.: We've received the following statement from an Oath spokesperson about Claudia and Jackie Oshry's show The Morning Breath: "The Morning Breath, an Oath social media show, is being cancelled immediately and we have launched an internal investigation and will take other appropriate steps based on the results of the investigation."

Update 2/28/18 5:10 p.m.: Claudia Oshry has provided the following statement: "We want to be clear to our audience and fans that our political and cultural beliefs are not anti-Muslim or anti-anyone. Our views are separate from our mother’s. Being raised by a single parent, we were taught to make our own choices based on our personal beliefs. We are inspired to think for ourselves and we do.  We do not condone discrimination or racist beliefs of any kind."

Claudia, Jackie, Olivia, and Margo Oshry, four New York-based sisters who run a group of influential social media accounts—including Girl With No Job, Jackie O Problems, and @hungoverandhungry—have reportedly gone to great lengths to hide who their mother is.

A new report from The Daily Beast explored the Instagram-famous sisters' relationship with Pamela Geller, a conservative pundit who "is widely regarded as an alt-right troll" and described, by The Southern Poverty Law Center in their "Extremist Files," as "one of the most flamboyant anti-Muslim activists in the United States." The president of the extremist, far-right group the American Freedom Defense Initiative, Geller is notorious for spewing racist and Islamophobic comments and hosting events like the "Draw the Prophet Muhammed" contest in Garland, Texas, in 2015, which resulted in two gunmen being killed by security after plotting an attack on the event.

The Oshry sisters run popular accounts that are mostly meme-based and dedicated to food, in addition to an online show called The Morning Breath. And while the four of them seem extremely close—constantly posting photos and retweeting one another—as The Daily Beast observes, "Family photos including their mother have been stripped from their Instagrams. All past references to her have been removed. The sisters post 'family' photos of the four of them, always without their mother."

Though the sisters stay away from politics for the most part (they have yet to speak out on Geller's views or their own), there's some indication from past posts that they're Trump supporters and "at least somewhat in line with their mother politically." Not participating in explicit political conversation is likely a strategic move. "If you weigh in on politics in general you're going to alienate someone at this point," Alex Taub told The Daily Beast. "Most people on Instagram following meme accounts are progressive young people, so for those who do lean right, it could actually hurt them to disclose that."