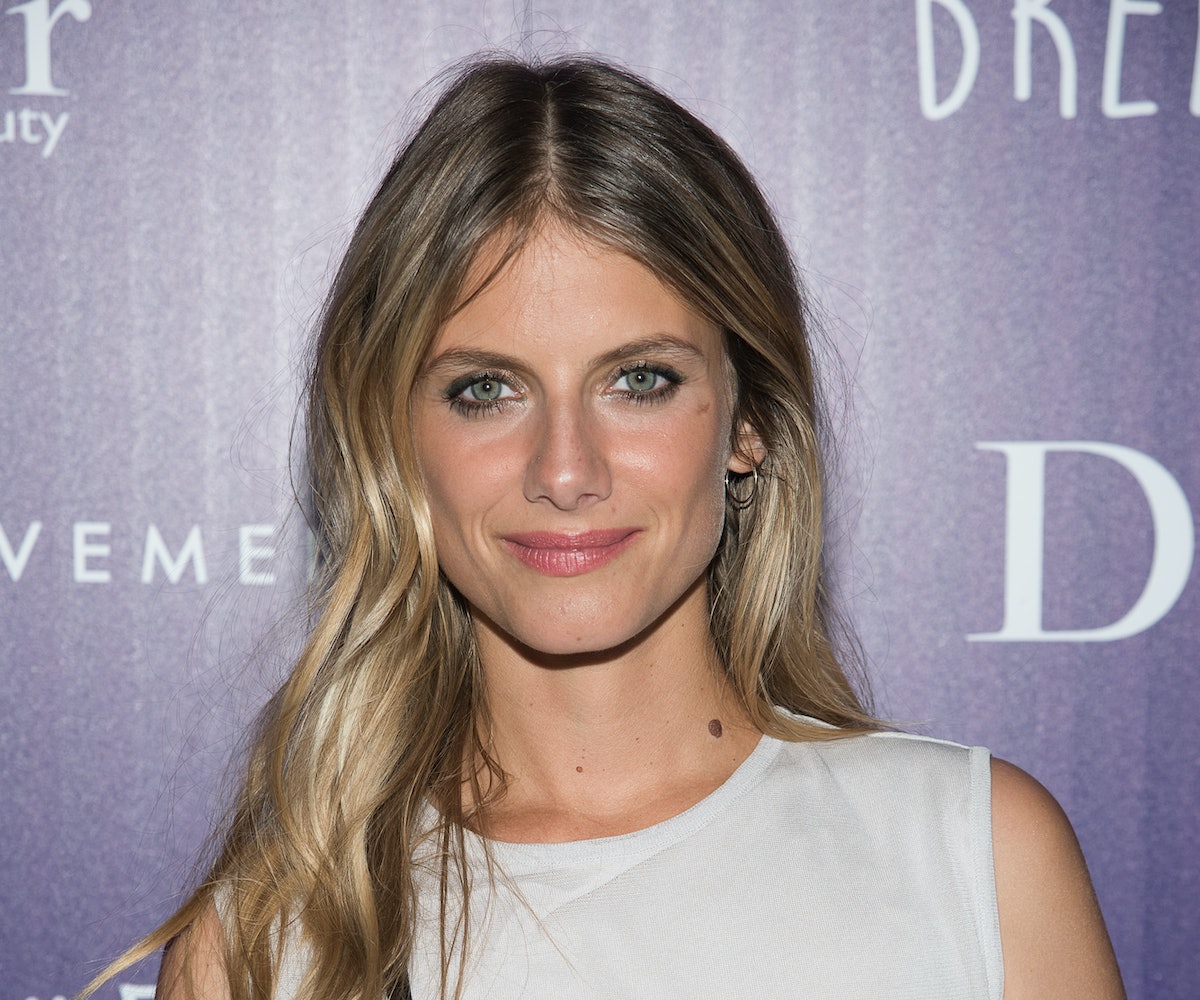 For Mélanie Laurent, becoming an actress was the best film school she could’ve ever had. “I think I was meant to be a director,” she tells me when we sat down this week to talk about her haunting sophomore feature, Breathe. After becoming an actress “by luck, by chance,” the beloved French talent gave her breakout performances in films like Quentin Tarantino’s Inglorious Basterds and Mike Mills’ Beginners, before becoming one of the most internationally in-demand stars. But with her latest feature, Laurent has proven herself to be just as fascinating behind the camera as she in on screen, crafting an unflinching portrait of teenage friendship and heartbreak.

Based on Anne-Sophie Brasme’s 2001 novel Respire, the film follows eight earth-shattering months in the life of Charlie, an average 17-year-old girl living in the Parisian suburbs with her estranged parents. With little attention paid to her at home and a restless adolescent ennui, when captivating new transfer student Sarah comes into her life, Charlie instantly ditches her old friends as the two fall into a platonic but emotionally dependent and obsessive relationship. Played by brilliant French newcomers Joséphine Japy (Charlie) and Lou de Laâge (Sarah), Laurent brings these two complex young women to life with startling intensity and a confidence that will leave you, well, breathless.

I chatted with Laurent to find out more about her decade-spanning desire to make this movie, cutting out the bad relationships in her life, and the experience of working alongside Angelina Jolie.

When you began your acting career, did you also always have ambitions to direct?

I met Gerard Depardieu when I was 14 and he said, “Do you want to be an actress?” But I was at school studying cinema to be a director and had shot short movies and wrote a lot of plays, so I already wanted to do that. But then I started to make movies as an actress and realized, Wow it’s a big job to be a director, let’s observe that for a few years. Then my life as an actress started to become really exciting, and I met so many amazing people. So, in a way, I made that big wish to be a director later because I thought, “How can you try to make a movie when you just shot a movie with Mike Mills and Quentin Tarantino in the same year?"

Does your knowledge as a director inform the projects you choose to work on as an actor?

Yeah, it’s a mix of different things, and sometimes it’s just working with a director that’s going to inspire you so much. But the most difficult thing at the end is to have your own way to film. You spend a year observing people and then you have to find your own way, so it’s really complicated. For example, two months before I’m going to shoot one of my movies, I stop watching movies—I stop, like really stop—and I don’t want to see anything at all. I just want to be fresh with my perception of the shoot I’m going to do. If I see a masterpiece or a movie I really love, I’m just going to be like, “Oh, I want to do that!” Then it just becomes different shots from different directors, and it doesn’t look like you anymore, it looks like nothing.

When did you first read Brasme’s novel and what about it stuck with you?

Were you at all intimated by making something that both meant a lot to you and was such a success in France?

I didn’t read the book again when I started to adapt it. I started writing the script on the feelings I had years before, so I didn’t have the pressure of, “I’m going to make Breathe on screen, I’m going to make a souvenir of what I felt when I was 17.” The tone was there but the book takes place over four years. The character of Charlie was very complex; she was not beautiful and she was a bit sick. But I wanted to show someone who was really light and had a lot of friends and was kind of perfect, and then suddenly she met someone that was stronger than her and more beautiful than her. But I love the idea that, for the audience, some people would prefer Charlie, because in the book it was obvious that Sarah was the big star. I wanted them both to be beautiful and for them to both be everything, but then they are nothing because they don’t have any love at home. I wanted to make a movie about mothers and to talk about childhood, and how you can make a victim and how you can make bully.

I love movies about teenagers at this period in life because it’s really the last time they can be excused from acting purely on emotion and behaving badly.

And life is more complex and you’re a victim because you accept to be a victim. So it’s not just, “Aw poor thing, she’s manipulated by that really evil girl.” No, that evil girl has the worst childhood ever, that’s why she’s like this, and the victim wants that because she’s weak, in a way. So that was more interesting to me.

Do you see yourself more as Charlie or Sarah?

I’m totally Charlie. I’m the typical victim every time—in love stories, in relationships with girls, etc. When we filmed the last scene and I said “cut,” I said cut to a lot of things in my real life, too. I said "stop" to a lot of bad relationships I had in my life, and I changed that and went away from all that sickness.

How did you work with Lou and Joséphine to establish the dynamic and closeness between them?

I brought them to my country house and we spent three days together. I asked them to stick together, brush their teeth together, sleep together, and I would tell them to go to the end of the garden and go talk. I wanted them to be close friends and if they loved and respected each other, they could play everything. That was my goal, and it worked because after that, everything was possible.

Do you prefer working in that way?

Most of the time you just arrive on the first day, but one of my best experiences as an actress was making Beginners with Mike Mills and Ewan McGregor. We were shooting for three weeks and we spent the first week just hanging. I loved that because after that we did a lot of improvisation and we respected the work of each other and it was easier, so I stole that from him definitely. But I’m not a manipulative director. I never scream, I love my actors more than anything, and I want them to be confident and happy, and you get so many things when you’re happy.

Although you stop watching movies two months before shooting, was there anything you looked to for reference?

My big reference was Martha Marcy May Marlene, which is very different from Breathe, but it was about the atmosphere, where nothing really happens but it’s so tense.

Can you tell me about the next film you’re directing?

Yes, my third movie, Diving. It’s another book adaptation, this time by Christophe Ono-Dit-Biot. It’s 600 pages, and much more complicated for me, because it’s more of a metaphysical story and I can’t adapt everything. I loved a lot of pieces in the book and saw the movie when I read it, but it’s really intense.

What was it like working on By the Sea with Angelina Jolie and Brad Pitt, and how was it to be directed by another actress who’s also an incredible director?

I couldn’t believe she called me. I couldn’t believe I was on set with those two iconic actors. Everything was so simple and she’s so precise and so amazing and so in love with her actors, exactly the way I love to work. So it’s that big dream, and I’m still in that dream and didn’t realize that I’m part of it. I’m sure she made a really beautiful movie, a real piece of art. I saw a few things and I know she did something amazing and crazy beautiful. I’m the luckiest actress of the year, I feel that.