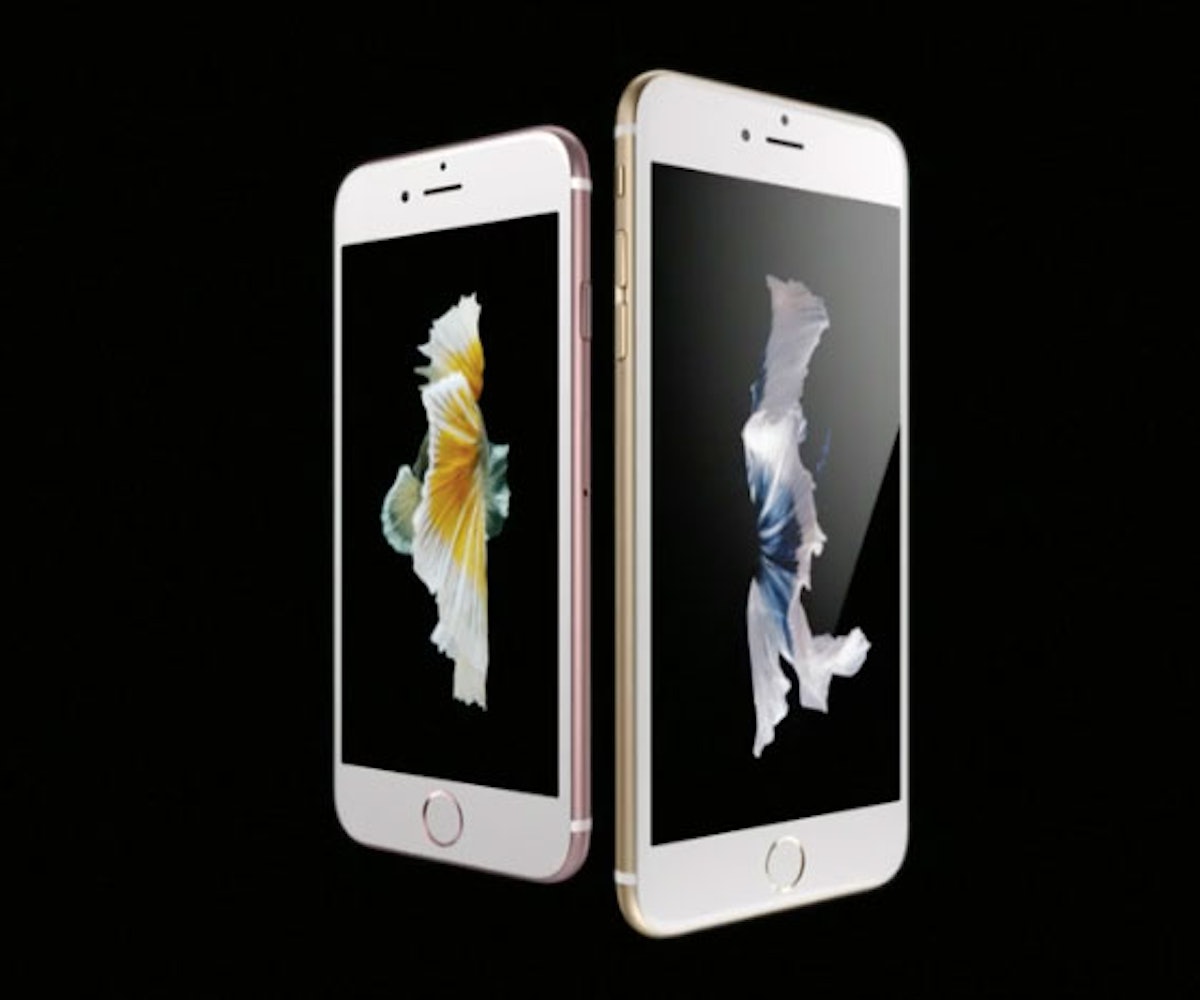 The big news with the new phones includes "3D touch", which hopes to move the multi-touch movement forward. This means, of course, that pundits were right—the "force touch" that was introduced for the Apple Watch has now found itself onto the phone, allowing you to press lightly for a peek, and a harder touch to "pop" into the content without losing your place in your app. This contextual consideration is actually totally awesome. This means you can actually just glimpse Instagram images, allowing you to creep so much more efficiently.

Click through to read the updates as they happen...

And they are in fancy, shiny colors. (It comes in silver, gold, space grey, and rose gold.)

Another huge update is a 12 megapixel iSight camera, which is 50-percent more pixels than the previous iPhone. Apple claims that its a revolutionary camera, allowing it to take an incredibly, un-"noisy" photo.

You can now take high-definition video in 4K. Great news for prosumer photographers.

You can now take what Apple is calling a "Live Photo", which is essentially a .GIF, or basically a Harry Potter-style image, by extending the capture image for 1.5 seconds before and after you take the photo.

Also announced is the iPhone upgrade plan, which allows you to get a new iPhone every year. The iPhone 6S plus is now the highest end iPhone line.