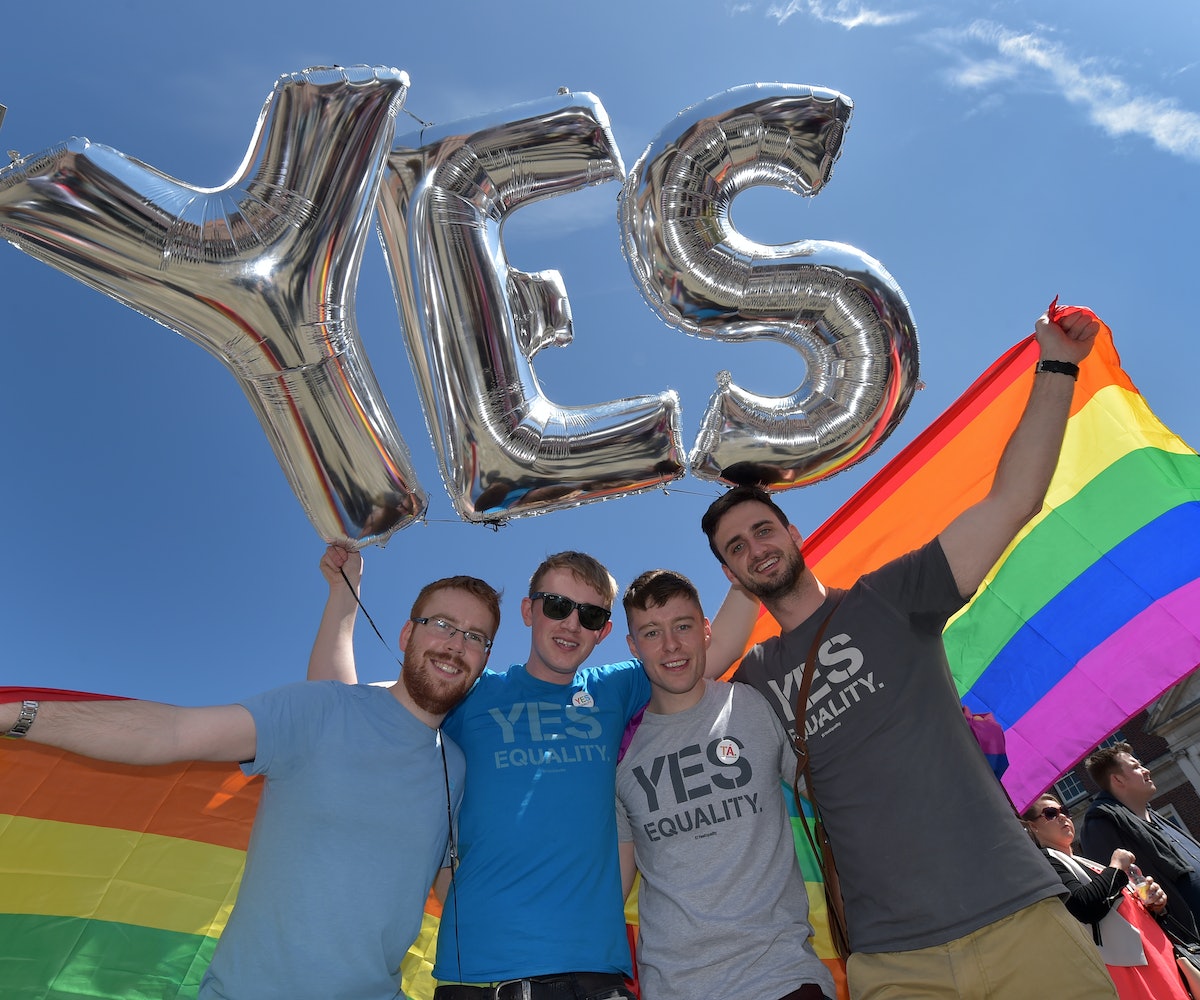 According to advance polling, Ireland has just become the first country to legalize same-sex marriage through a popular vote. And by a wide margin, too.

While several nations—particularly in Western Europe—and multiple U.S. states have okayed the practice in the recent past, this marks the first time the general public of a country got to weigh in on and vote through a measure supporting it by a direct referendum on a federal level. Well done, you guys.

The fact that the referendum passed in the 84-percent Catholic nation—one where the clergy maintained such sway over the political agenda that divorce only became legal in 1996—not only speaks well for the cultural progression of Ireland, but for the cause of gay rights globally. Currently, the Catholic Church is only somewhat softening its stance toward homosexuals in general while maintaining a staunch, active opposition to same-sex marriage in particular. As well, most countries with a Catholic majority are either neutral on such issues or maintain anti-homosexual laws.

All this, of course, begs questions about the federal legalization same-sex marriage in the United States. While the issue is up for review in several cases going in front of the Supreme Court this year, there is simply no plan (and no way) to put the decision to a popular vote. Recent studies suggest that, provided turnout was near universal, a national referendum in its favor would indeed pass by a thin margin. For multiple reasons (most of them good), however, national referendums just aren't our style. Courts and legislatures both high and low are going to decide this one for us, possibly sooner than you think.

The fact that, again, legalization happened in Ireland, where the predominant religion is organized against the advancement of gay rights, and yet often stalls in the U.S., where it's hard to say that any particular Christian denomination trounces another, speaks to the outsized power of this nation's evangelist minority, ongoing traditionalist attiudes, and the widly varing opinions on the matter across different regions. However, the decision in Ireland and the fact that even most conservative politicians there did not fight against it also speaks to how quickly and completely a country's view and legal treatment of gay rights can change, regardless of religious influence.

Basically, this is not only a good day for Ireland, but for America as well. (New York Times)

NEXT UP
Entertainment
Hailey Bieber Says "It's All Love" Between Her And Selena Gomez
Entertainment
Lizzo Announced UK & European Dates For The Special Tour
Fashion
Kylie Jenner Was Everywhere At Paris Fashion Week
Entertainment
Lindsay Lohan Teases Her Return To Film, 'Falling For Christmas'