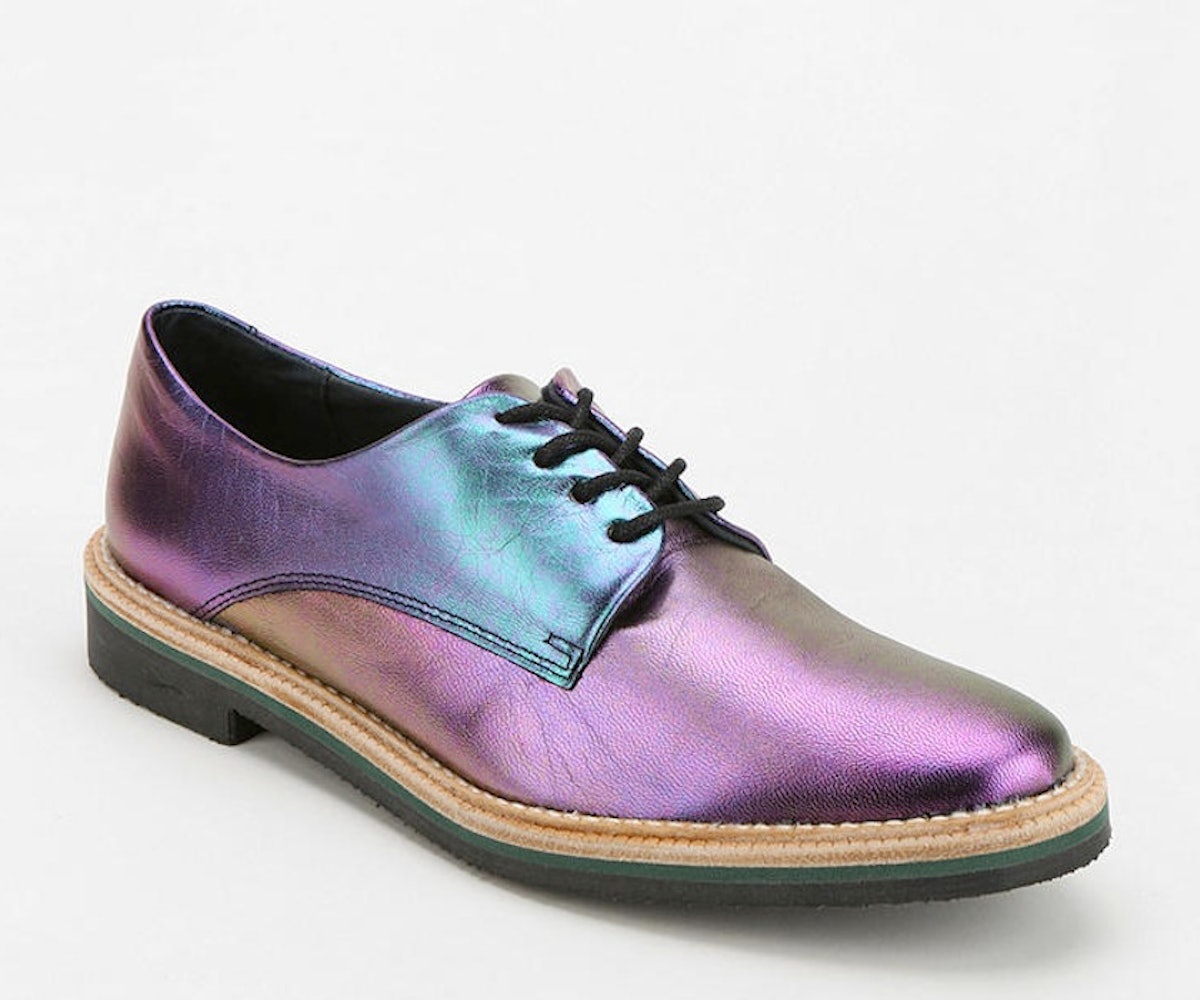 The arrival of fall means that you have to put away your sandals--or at least wear them with cute socks--but the good news? There's a whole other batch of cold weather shoes ready to take their place.

While tried-and-true staples like Chelsea boots and sneakers never go out of style, this season these classics get a fresh new update with iridescent material. Retailers like Nasty Gal and ASOS have the oxfords style covered; Urban Outfitters has combat boots, and labels like Vivienne Westwood and Surface to Air have just rolled out ankle boots that glimmer all the way down the street. Think of them as patent leather's indie downtown sister, the one who sneaks out of family dinner in order to catch a show in Brooklyn.

So whether you decide to wear them with a cocktail dress or ripped denim, it doesn't matter. Check out the newer, cooler generation of party shoes below and let us know which ones you'll be wearing this season.