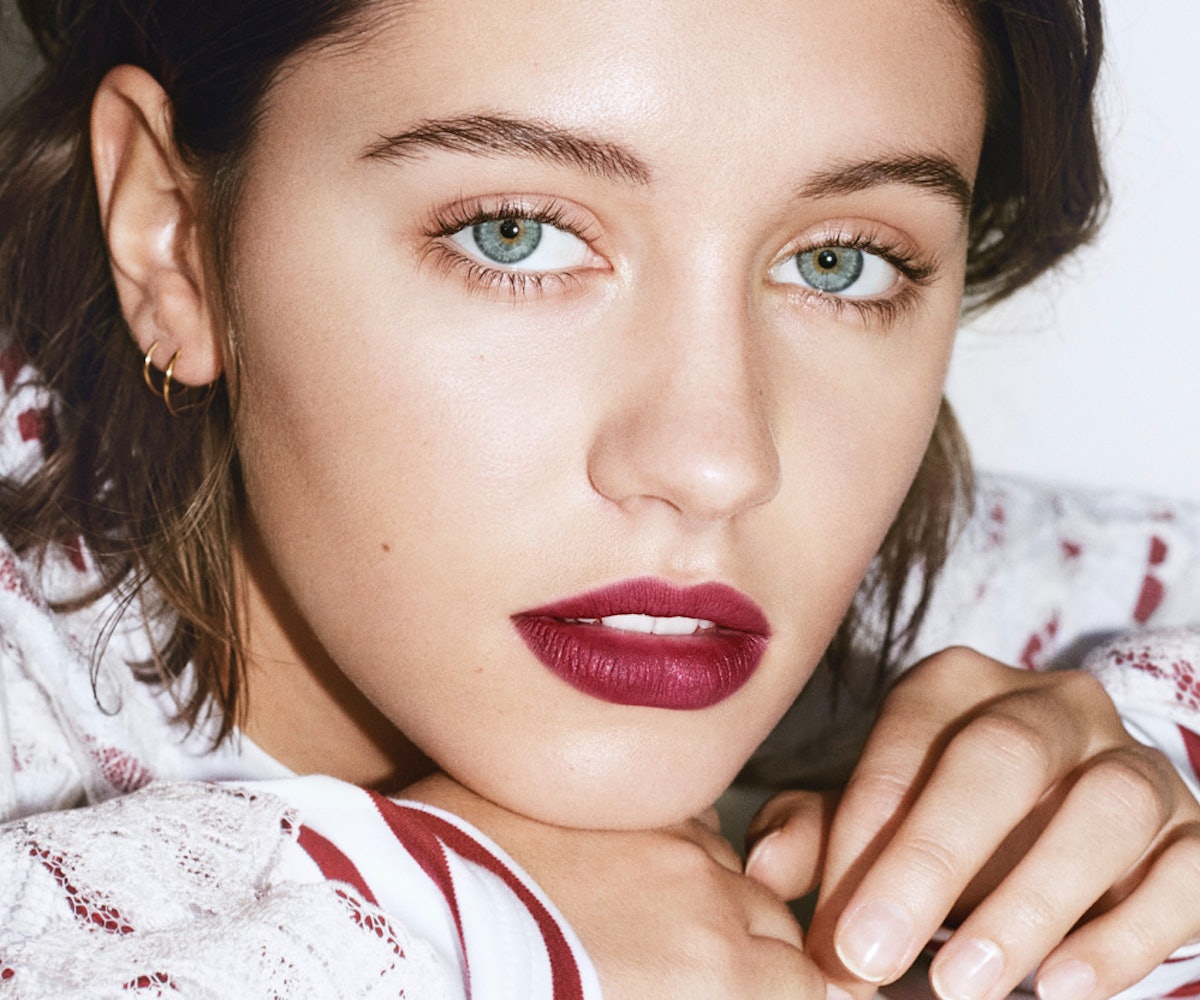 Welp, good looks do run in the family. While all weekend long we were awaiting the Sunday U.S. premiere of Jude Law’s The Young Pope, another Law stole the spotlight soon after with a shiny new campaign.

Iris Law, Jude’s stunning 16-year-old daughter, just made her modeling debut with Burberry Beauty. The latest campaign, which launched yesterday, tapped Law to be the face of their new Liquid Lip Velvet line, the iconic British brand’s version of the staple liquid matte lipstick. Law is captured rocking the Oxblood shade, a deep berry that’s as grungy as it is gorgeous.

We’re sure she’ll soon be joining the ranks of other celebrity spawn taking over the modeling industry, such as Hailey Baldwin and Kaia Gerber. It’s only a matter of time.

You can check out more shots (and GIFs) from the campaign on the brand’s Tumblr.