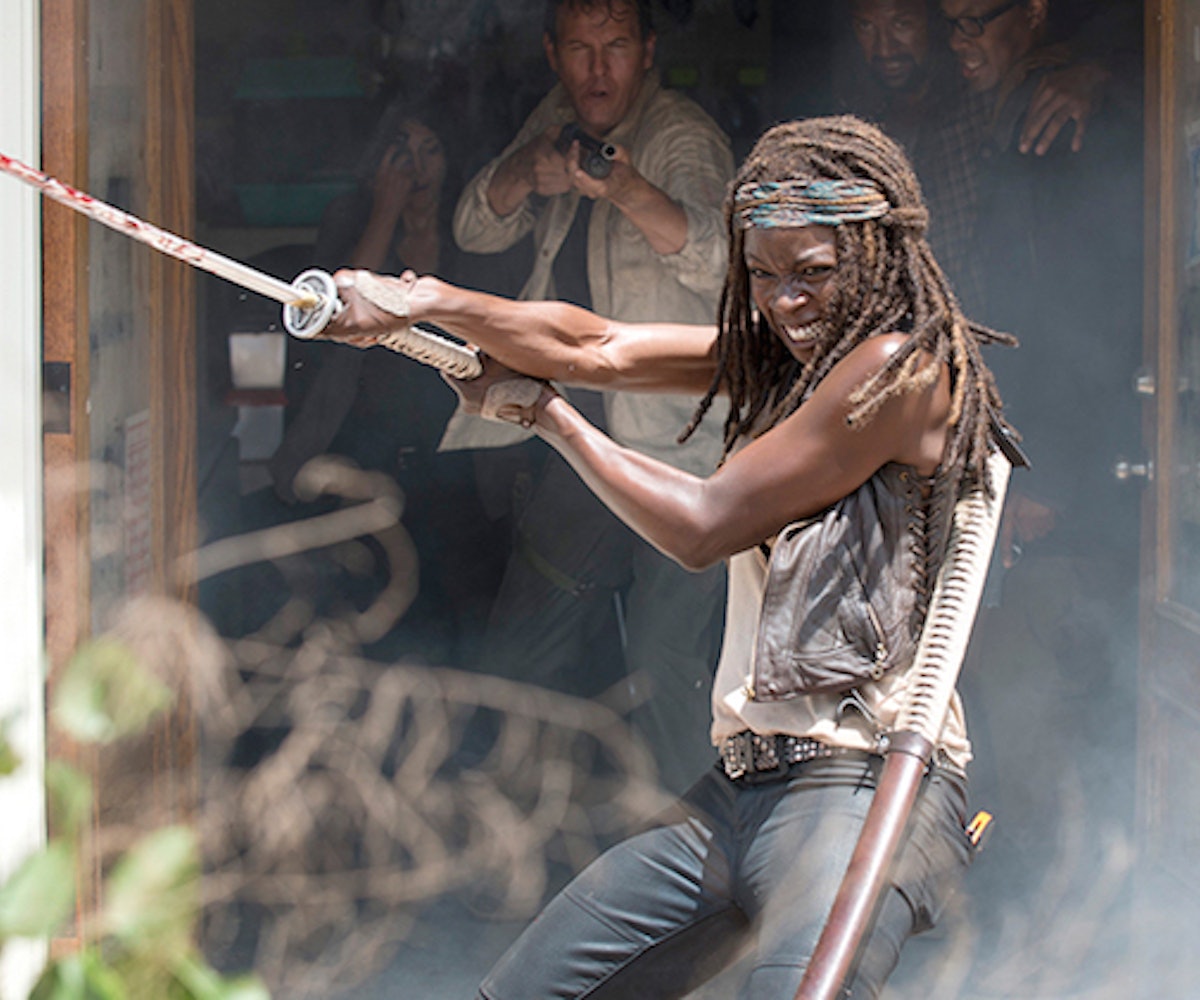 Listen, you saw the spoiler warnings on this post. If you’re not up to date, best leave this page before you read another word. Okay?

The last episode of The Walking Dead featured one of the most disturbing (yet ambiguous) events that the long-running, bloody show has ever offered up—the sight of their beloved Glenn (Steven Yeun) possibly, maybe being ripped apart by a horde of hungry walkers. It was devastating.

The thing is, though, it may not have actually happened. As many have noted, Glenn fell into that horde with another character, Nicholas, spread across his chest. Maybe—just maybe—the viscera audiences saw being devoured as Glenn screamed belonged to Nicholas and not to the intrepid, upbeat former pizza delivery guy.

Well, the canny sci-fi fans at io9 have picked out this piece of semi-forgotten ephemera from just a few weeks ago. Seems Entertainment Tonight covered some TMZ shots of the TWD crew filming season six. The angle then was news that a long-awaited character, Jesus Monroe, was finally coming to the show. Now, however, the report takes on a completely different character.

In the video, you can clearly see Steven Yeun in character as Glenn alongside Jesus, performing in a scene that has yet to be broadcast. And, Glenn is wearing a costume that this TWD watcher has not seen him sport before.

What should we make of this? Well, producer Scott Gimple’s comment on last week’s episode was brutal, but did suggest we would see Glenn again in some way. The possibility of a flashback was there and, yes, the scene could indeed be that. But given the importance of Jesus to The Walking Dead mythos, and the fact that a long, protracted flashback involving him just wouldn’t make sense in the series’ timeline, it’s hard to see this as anything other than proof that somehow, some way, Glenn did indeed survive.

Yes, nothing is set in stone, but we’re putting his chances at about 85 percent. Now, was that spoilery enough for you?