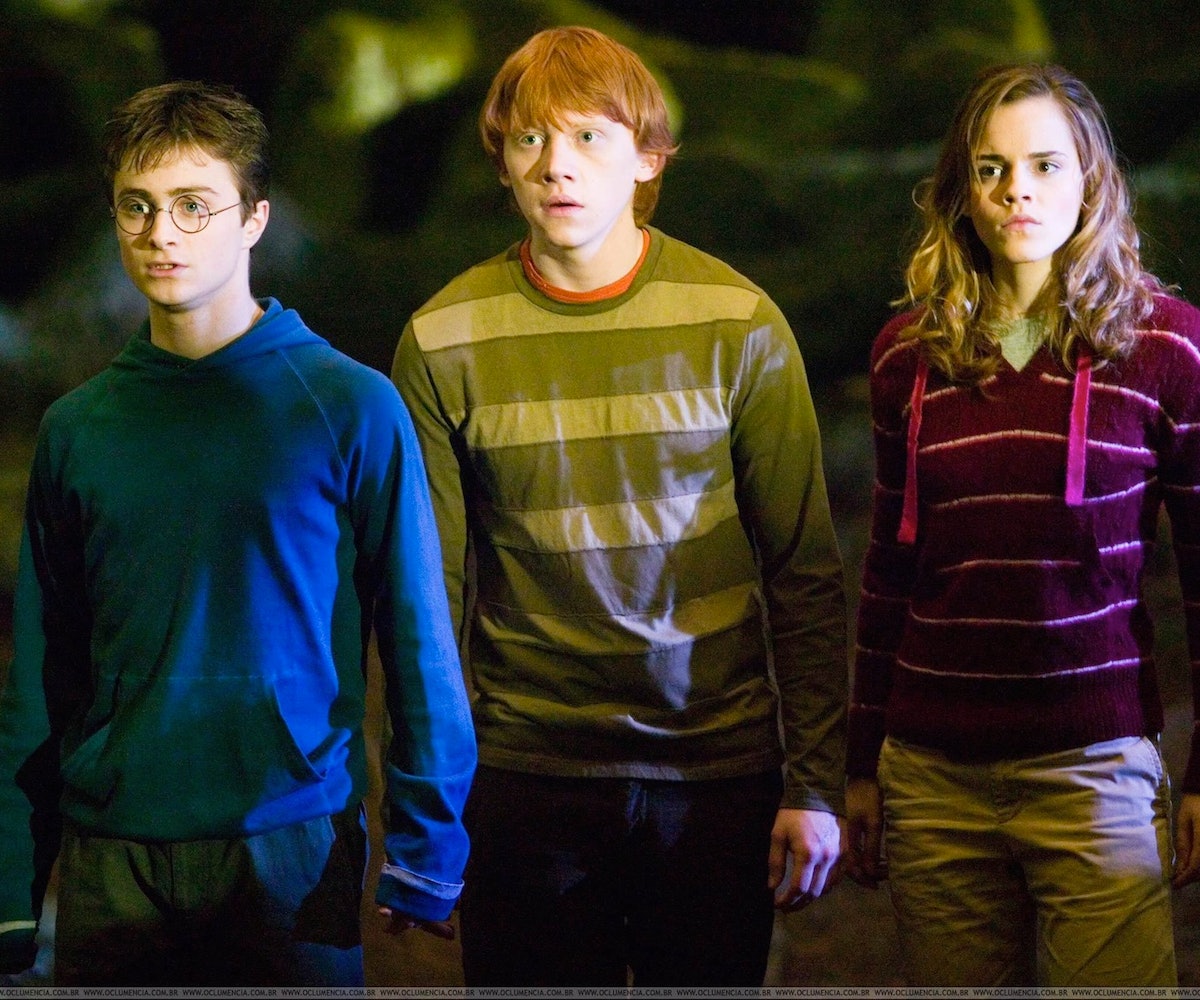 Put down the butterbeer and listen up Potter-heads! We just got wind that J.K. Rowling is writing a series of Harry Potter spin-off movies with Warner Brothers, the studio that backed all eight HP films. If you were looking for an excuse to break out your cape and broomstick a little in earlier than Halloween this year, this is it.

Based on Rowling's book Fantastic Beasts and Where to Find Them, itself a textbook mentioned in Harry Potter and the Sorcerer's Stone, the films will function as a prequel to the Harry Potter movies, following the author of Fantastic Beasts, Newt Scamander, on his quest to discover and categorize all those mythical creatures out there in the world of wizarding. While Harry, Ron, and Hermoine are not going to be appearing in the flicks, we have some high hopes for what else might happen in the series. A Hagrid backstory is a good place to start we think...

1. GROWING UP HAGRID: Easily one of the most beloved characters from the books and movies, Hagrid really warrants a "coming of age" tale. He is an expert of mythical creatures, and becomes the Care of Magical Creatures teacher at Hogwarts, so we have high hopes to see him in the film series (and maybe his mom and dad too).

2. MR. & MRS. LONGBOTTOM: Considering how dreamy Neville Longbottom turned out (Seriously. Google search "Matthew Lewis 2013." Wow.), we think his mum and pop must have been quite the stunners. Also they are two of the most daring and badass characters form the Harry Potter world (up there with Tonks and Lupin), having outsmarted Voldemort, not once, not twice, but three times before being captured.

3. YOUNG ALBUS: Even with all the explanations of his youth in the seventh book, Albus Dumbledore still remains one of the more mysterious characters in the HP universe. Can we recommend Daniel Radcliffe with some white stubble to play the young Albie?

5. MOANING MYRTLE BACKSTORY: Do ghosts count as fantastical creatures? Because we would love to get the dirt on Moaning Myrtle's history, like who the boy who broke her heart was and how she keeps her voice so high. Gargling salt water maybe? She does hang out in a bathroom, so we're not ruling that out.

6. JORGE LUIS BORGES CAMEO: True nerds (like us), would love to get a mention of famed Argentinean writer Jorge Luis Borges into the new series because he pretty much wrote the book on fantastical beasts. Well, actually, he did write the book; it's called Book of Imaginary Beings and was released in 1957. His encyclopedia describes over 120 mythical beasts from literature, and since we always considered Rowling's book to be a riff on Borges' original, we'd love for him to get a little cred in the films.

Tweet at us what you'd love to see in Rowling's new films--maybe the author will take note. Better yet, tweet at her too!