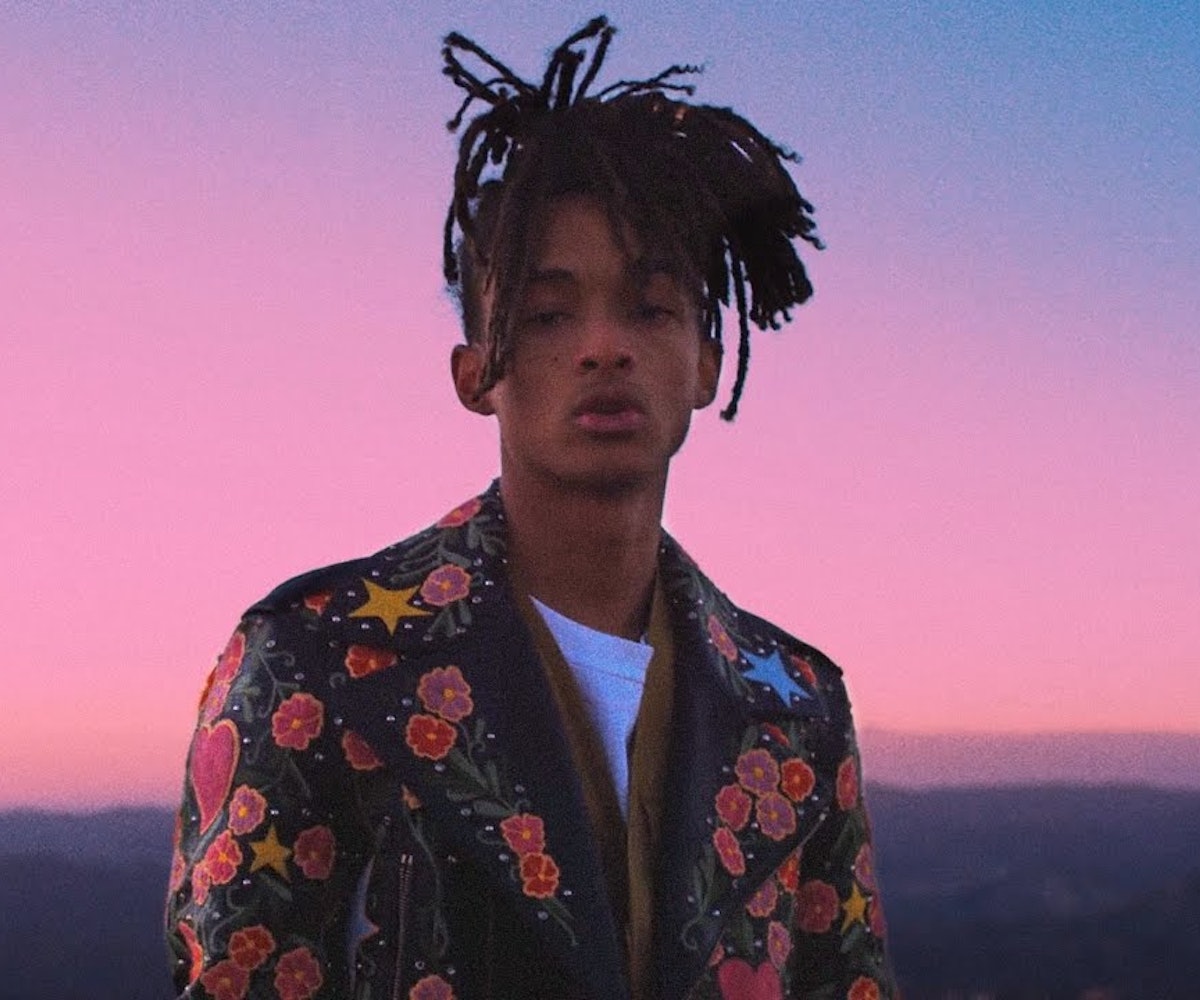 If we learned anything from our cover story with Jaden Smith, it's that this kid is unpredictable. The last time we can recall him sharing new music with us was this summer on his 18th birthday before The Get Down took over our lives. Lately, he's been busy protesting the Dakota Access Pipeline among other things, and last night, the wunderkind dropped a brand-new track, called "Fallen," with an accompanying music video that was premiered by Kid Cudi.

Co-directed by Smith and Miles Cable, viewers are taken on a picturesque journey in the hills of Los Angeles. (Calabasas in 1867, to be specific, whatever that means.) Painted in soft pink and purple hues, the frame focuses on Smith dancing and stumbling around a ghost town while the sun sets behind him. Periodically, he relocates to the mountains where a sheriff checks up on him, but nothing further.

Be warned, this visual isn't for the faint of heart, though. If you can't stomach the sight of glitter puke, skip over the 2:05-minute mark. Smith also nods to Cudi by flashing a Man on the Moon: The End of Day vinyl several times.

As for the song itself, "Fallen" is poetry laid over velvet-smooth synthesized beats. It's a love song at its core, as Smith alternates between rapping and singing about drinking Hennessy, reading bell hooks, and having his soul penetrated by the energy of his lover. Wouldn't you melt if someone said, "When you talk, I got my lasers on you like a UFO" to your face?

In other words, Smith is in way, way deep, and his heart definitely belongs to a significant other. The track is fresh off of Smith's mysterious forthcoming project, Syre. Watch all the beautiful madness unfold, below.