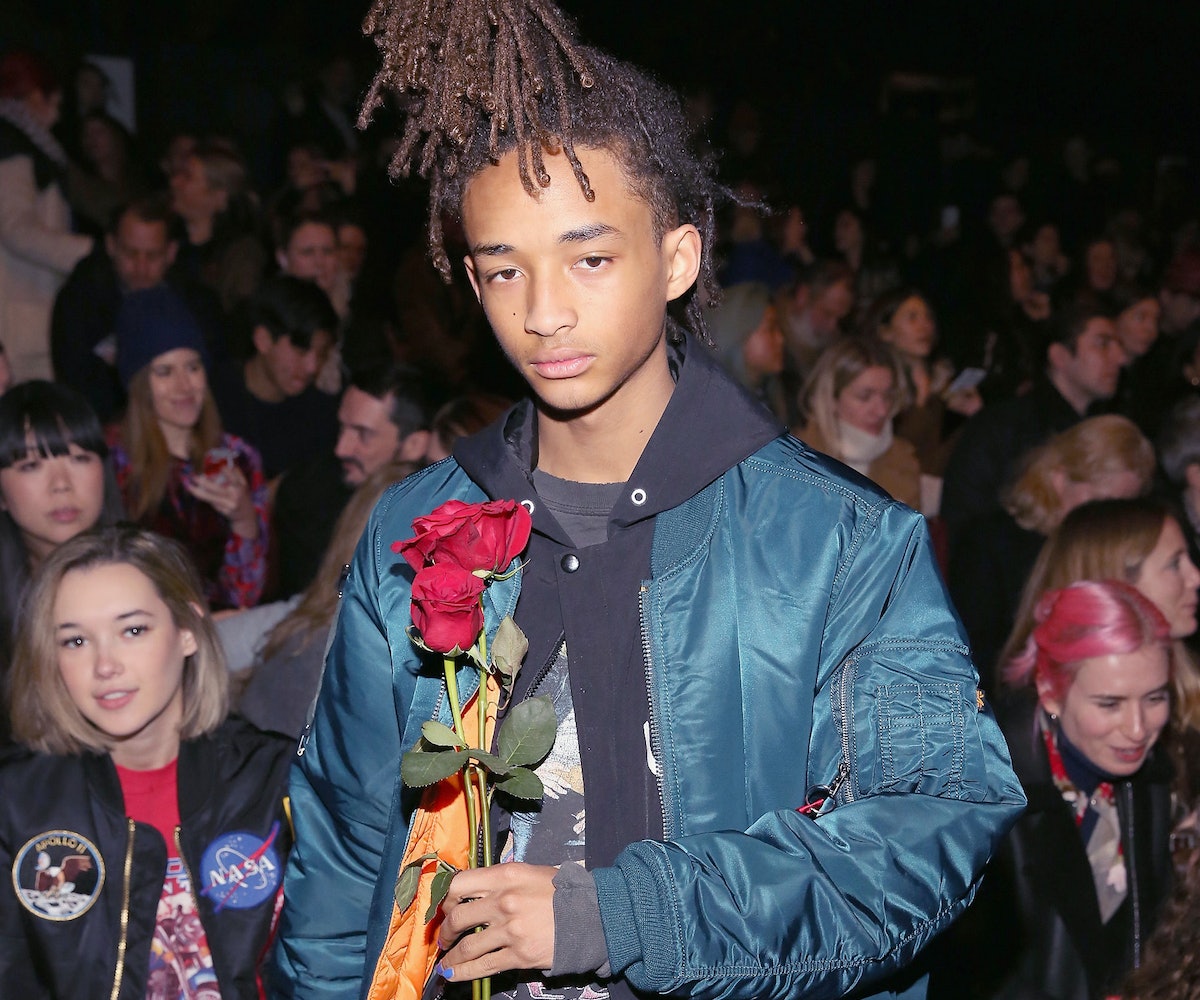 Jaden Smith is changing the way we see a lot of things in life, but lately, he's really altered our vision of the fashion industry. Last month, we published a piece where a writer shared how the 17-year-old became a role model for him by challenging the stereotypical idea of black masculinity by doing something as simple as wearing a skirt. More recently, Smith was featured on the cover for the latest issue of British GQ Style magazine.

While we're not quite sure how his first name got misspelled in the title because he's literally the most famous teenager on earth—unless the "y" has secretly been there all along as an invisible and transcending silent character that our mortal eyes were unable to see until now—the piece got it right when labelling him as "The Fresh Prince of the Future." The article examines Smith's rise as the face of Louis Vuitton's womenswear campaign and captures his thoughts on the role that gender plays in the industry.

As a preview, only a few excerpts have been dished out for us to taste, but they provide plenty of thought for us to chew on. Smith also says some nice things about his sister, Willow. Oh, and he even mentions how he's influenced the Kardashian/Jenners—"I think I’m just a really big influence on anybody that I’m around..."

That is the truth. We can't wait to read the entire piece when it's officially released, but for now, we'll bite on this.