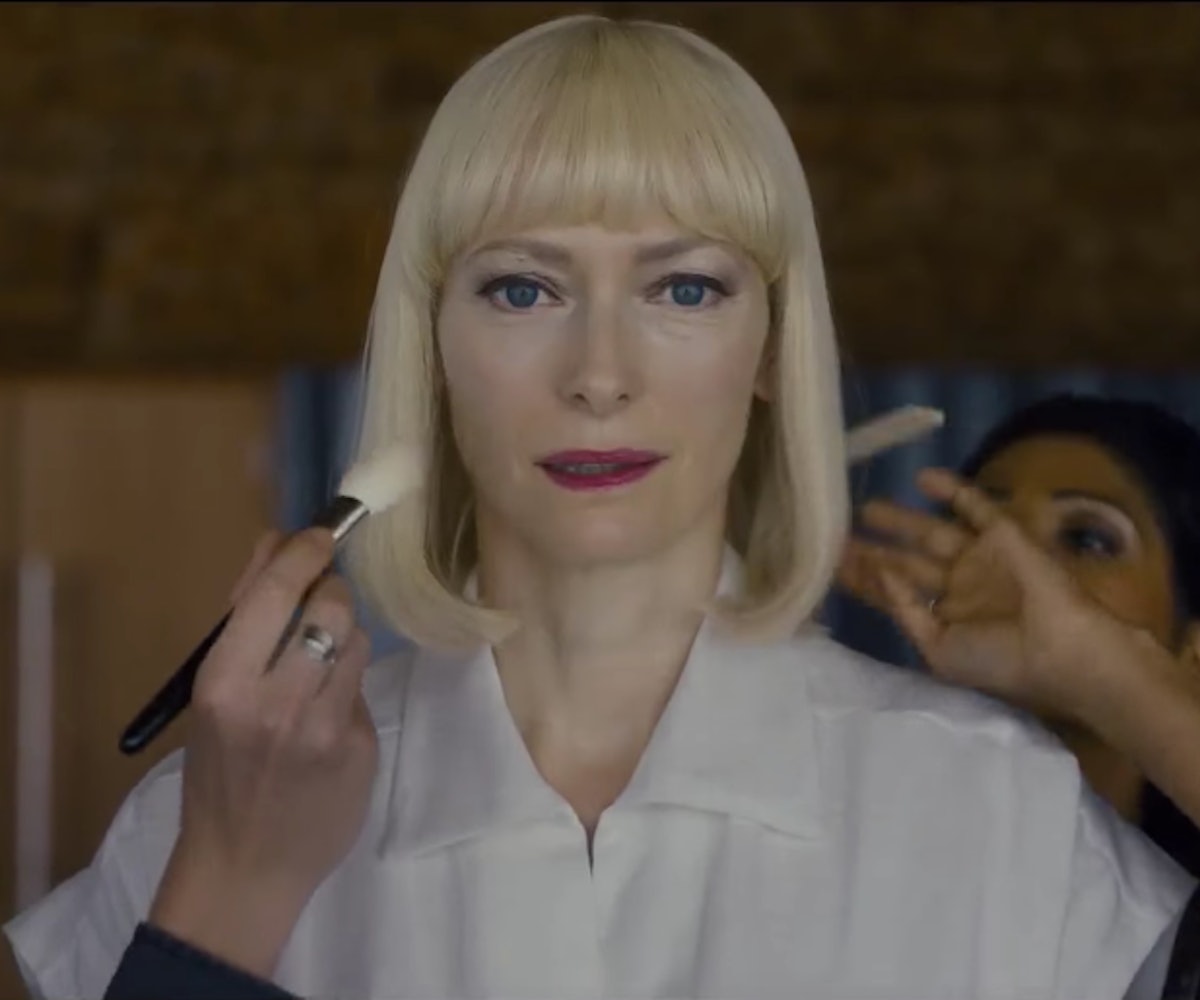 Netflix is producing just about everything these days, but at the very top of our list of things to get excited about is Okja. You might remember the mysterious teaser dropping about a month ago, a short yet stirring clip that teased the friendship between a little girl and a genetically engineered animal and a God-like scientist played by Tilda Swinton. The reason why Okja is so promising is that it comes to us from Korean visionary Bong Joon-Ho, whose 2014 dystopian sci-fi thriller Snowpiercer was a bizarre masterpiece of the genre. Okja reunites Joon-Ho with his muse, Swinton, who is one of the several characters you can see in these new exclusive photos debuted by Vulture.

Swinton's performance in Snowpiercer was one of the most memorable of the last decade—tightly controlled and wildly unhinged at the same time. She seems to be repeating that magic trick here, as Lucy Mirando, the CEO of the Mirando Corporation, who is responsible for creating the title creature, and who will no doubt be the movie’s antagonist. We also get our first look at Jake Gyllenhaal, who plays Dr. Johnny Wilcox, the “zoologist, TV personality, and face of the Mirando Corporation,” according to Vulture. Finally, we get a look at South Korean actress Ahn Seo-hyun, who plays Mija, the young girl who befriends Okja and who will likely be the film’s heart and soul. Okja also stars Paul Dano, Giancarlo Esposito, Steven Yeun, Lily Collins, and Jake Gyllenhaal’s mustache. Catch it on Netflix when it premieres on June 28, and see the photos below.