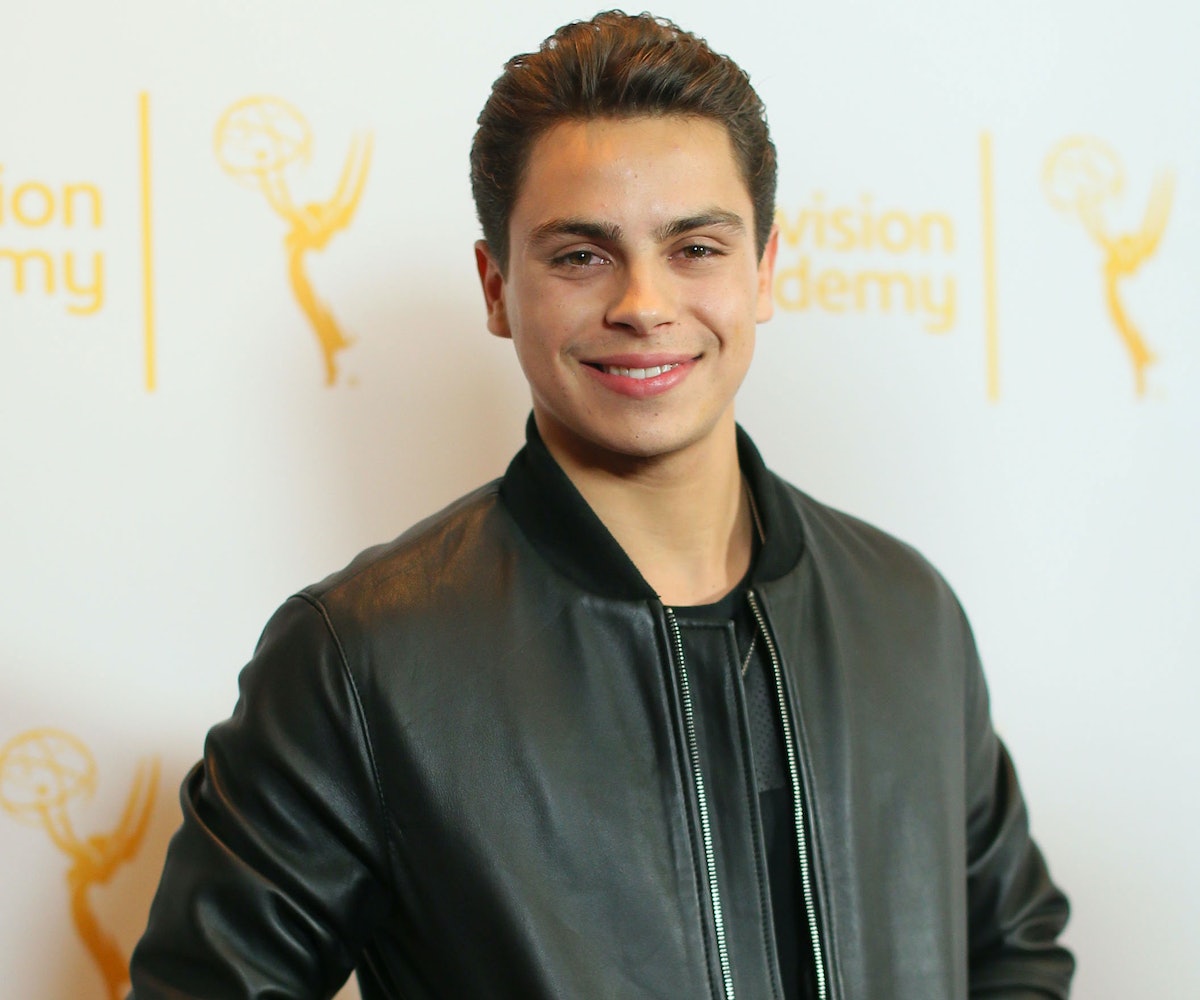 Since the turn of the 20th century, pre-teen girls have been fixating on Hollywood figures, admiring their talent from afar and fantasizing about the day they'd meet them. It's nothing new, and it's a totally normal part of growing up. With the evolution of digital techonology, those bedroom posters and scribbled heart doodles have transformed to take a more direct approach. Now, fans can directly speak to their celebrity crushes on Twitter and Facebook, and get a real glimpse of a day in their lives via Snapchat and Instagram.

Of course, most people don't develop romantic relationships with celebrities that they spend years obsessing over, but that's not the case for Danielle Ceasar. The 22-year-old is dating Jake T. Austin, whom she started Tweeting at five years ago when he starred on Wizards of Waverly Place. According to Daily Mail, they had only met one time back in 2011, but somehow since that fateful meeting she managed to snag the Disney heartthrob. A few weeks ago, Ceasar posted a photo on Instagram of her and Austin kissing with the caption "Every love story is beautiful, but ours is my favorite." (She recently switched her account to private, but Austin shared the same photo, below.)

Now, fangirls everywhere are freaking out (rightfully so) with the hopes that they too will succeed in making their dreams come true. We want all the details. #fangirlgoals