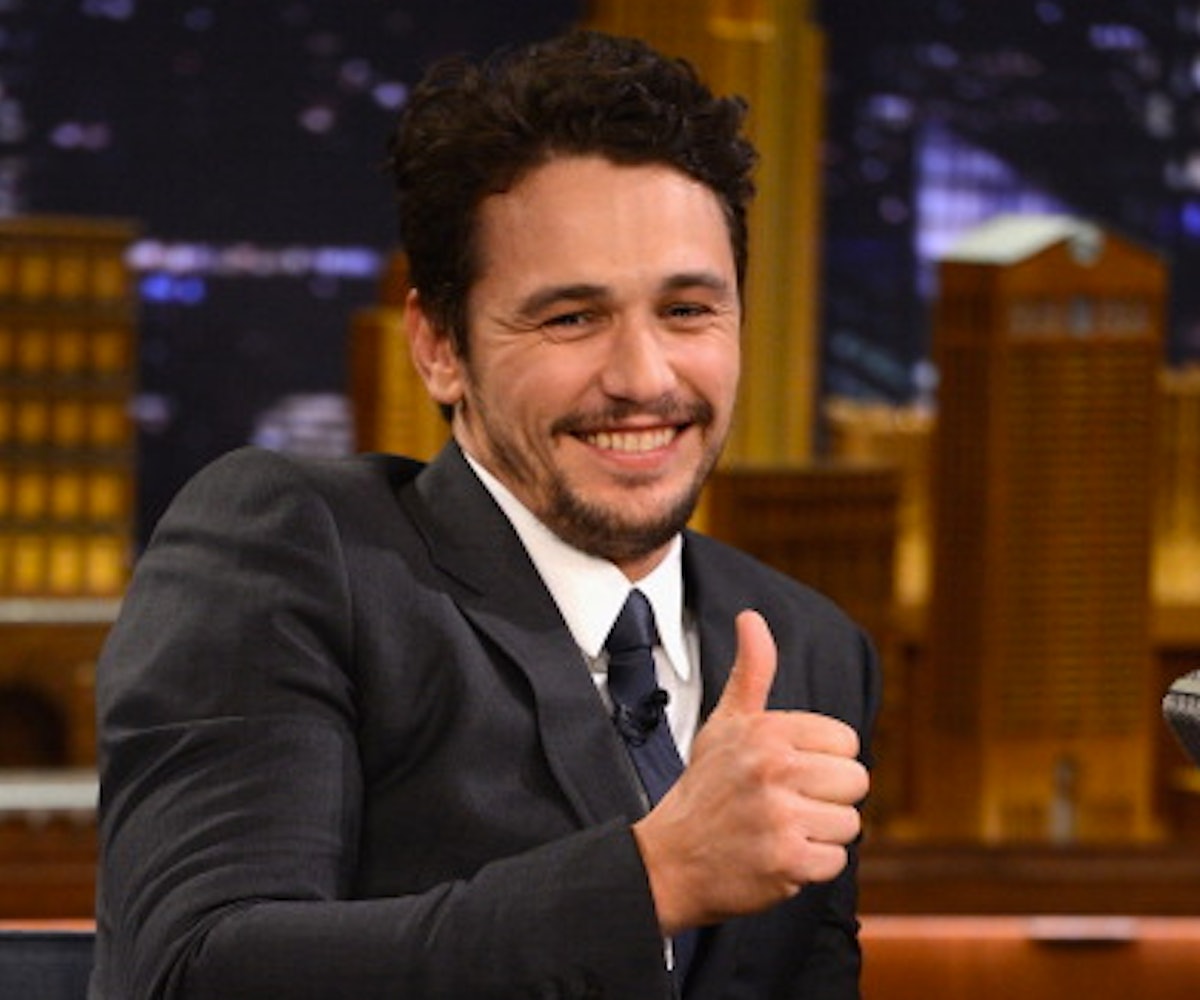 The actor spent last night hanging with a few of his fancy friends.

While large swaths of Hollywood erupted on social media over Sony's abrupt decision to cancel The Interview's release date (and the later reveal that North Korea was indeed behind the attack), one of the movie's leads chose to drown his sorrows in the company of his clique. James Franco, who in the movie plays a dimwitted celebrity interviewer tasked with assassinating the leader of North Korea, chilled with Lady Gaga, Courtney Love, Marina Abramovic, and MoMA director Klaus Biesenbach, who hosted the holiday party in his "tiny apartment," according to his Instagram. Franco also posted some pictures to his account.

But while Franco was all smiles, a somber-looking Seth Rogen showed up at LAX and refused to utter a word when a TMZ cameraman asked him about the unprecedented situation. It makes sense that Rogen is taking this harder than Franco. As co-director and co-writer on the film, Rogen poured five years of his life into a project that was just bullied out of movie theaters by the very regime it set out to mock.