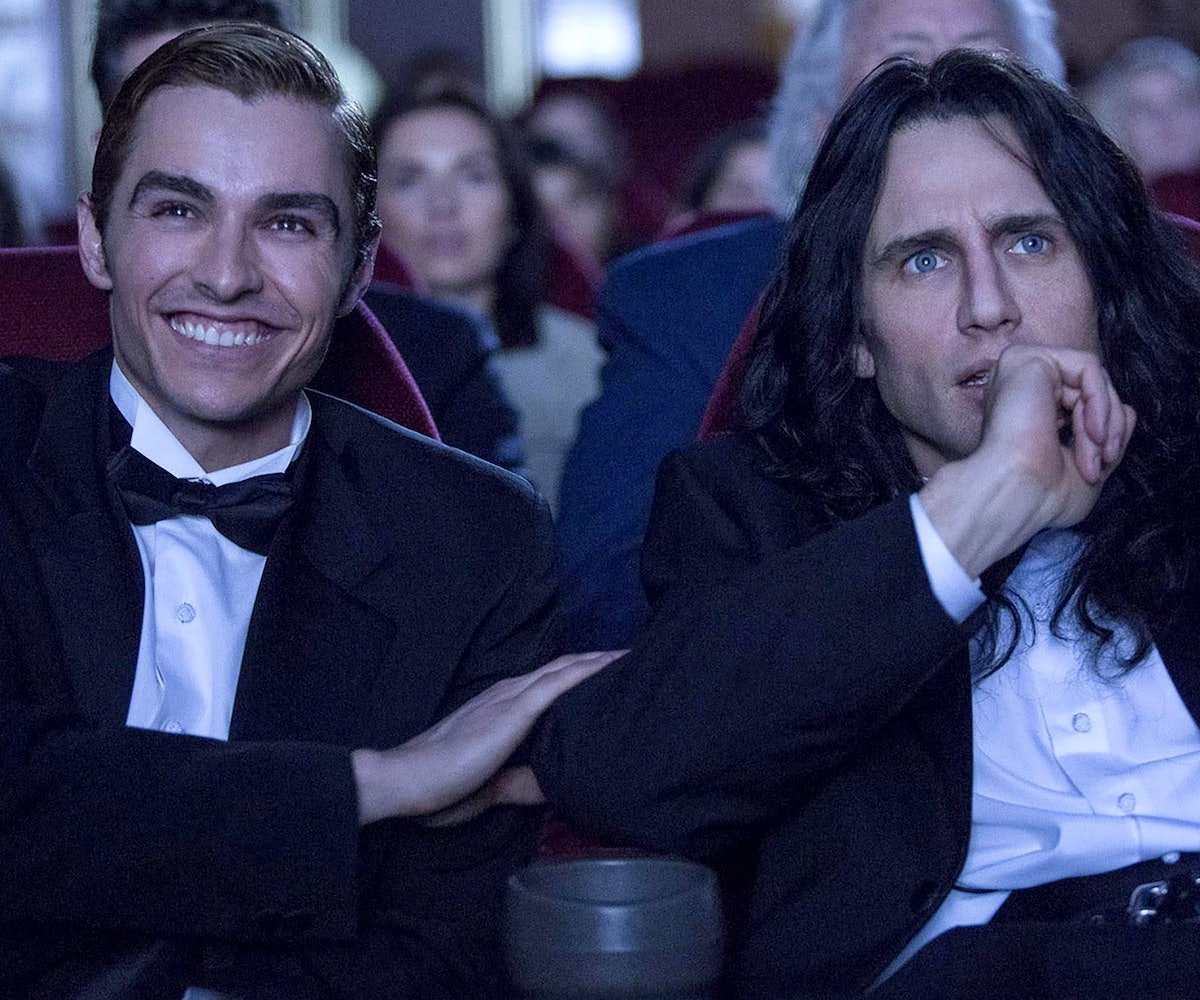 When we spoke to James Franco last month, he was promoting In Dubious Battle, the kind of movie he has become known for directing: an esoteric art house film that lands on very few people’s radars. We asked him about his next film, The Disaster Artist, which is about the making of the cult classic The Room and which Franco was getting ready to premiere at SXSW. Would it be his most accessible film to date, we wondered. “It’s about artistry and Hollywood and making movies and all these things that I’m interested in,” he told us. “But it also has a kind of a comedic side to it, and a more commercial aspect to it, that would allow us to make a studio film, but also have it be the kind of movie that still has our sort of stamp and voice.”

This week, Franco and his collaborators finally premiered the movie in Austin, Texas, and received a standing ovation from the ecstatic crowd. The Disaster Artist is based on the book The Disaster Artist: My Life Inside The Room, the Greatest Bad Movie Ever Made and tells the story of Tommy Wiseau (played by Franco), who in 2003 made the independent movie The Room, which today is considered by many the worst movie ever made. The Disaster Artist features a stacked cast that includes Seth Rogen, Josh Hutcherson, Ari Graynor, Alison Brie, Sharon Stone, Melanie Griffith, Paul Sheer, Jason Mantzoukas, Hannibal Burress, Jacki Weaver, and Zac Efron. But the movie belongs to Franco and his younger brother Dave, who plays Greg Sestero, who moved to Los Angeles with Wiseau and ended up starring in The Room.

New York magazine called The Disaster Artist “the most James Franco thing James Franco has ever done.” But don’t let that fool you. That does not mean that The Disaster Artist is just another Franco curiosity that will live and die at film festivals and in art houses. Based on reactions out of SXSW, not only is Franco an early frontrunner for an Oscar nomination, thanks to his performance as Wiseau, but he is also now a director with major commercial prospects. Check out some the very positive reactions to The Disaster Artist, below.