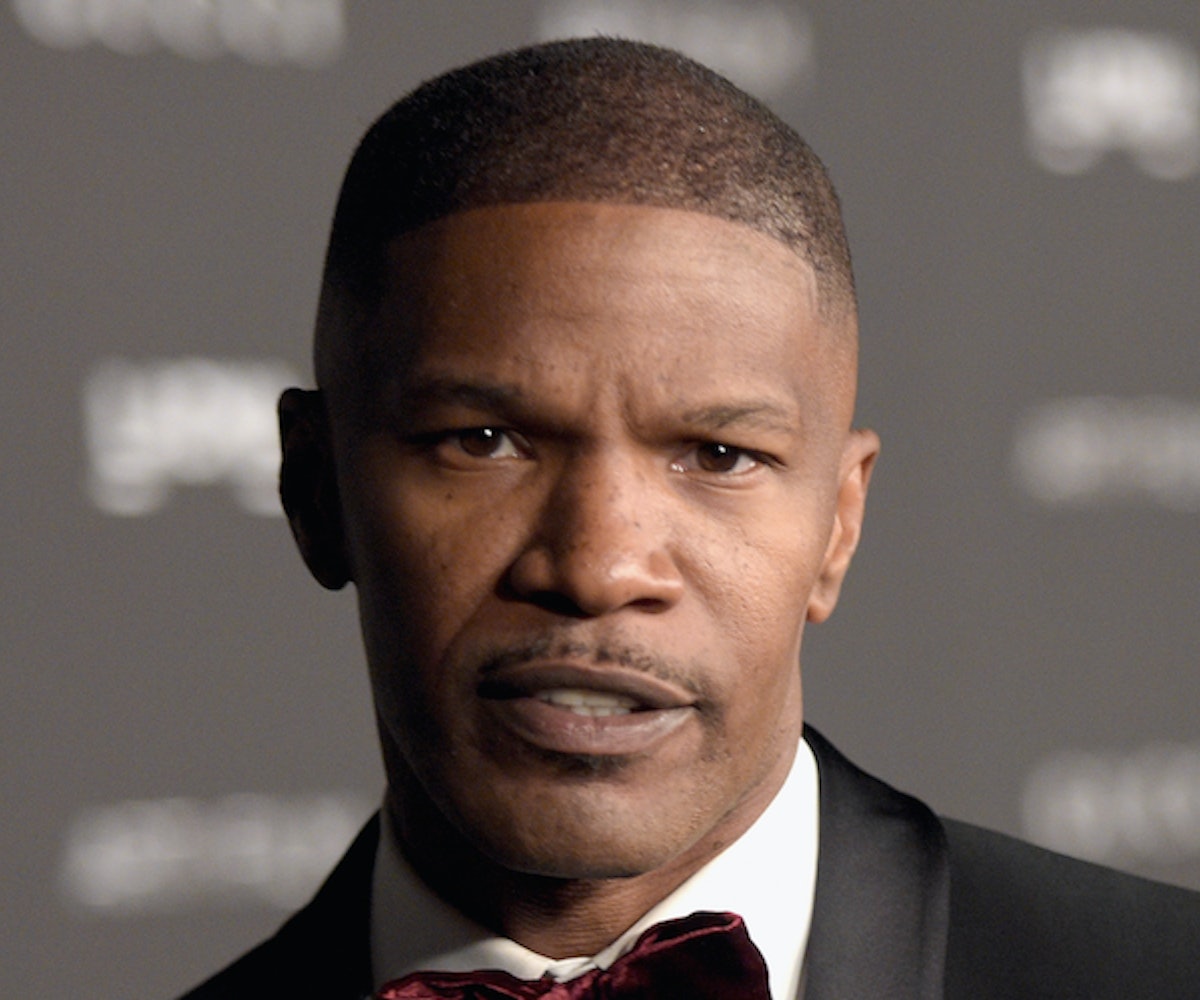 A woman has come forward with an allegation of sexual assault at the hands of Jamie Foxx. TMZ reports that the woman alleges that the singer-actor slapped her with his penis in 2002 after she refused to perform oral sex on him.

The incident reportedly occurred at a party at Foxx's home in Las Vegas. After the alleged assault, the accuser said that one of Foxx's friends told her she had to leave. The next day, the woman went to a hospital to get treatment for a "severe panic attack."

The report notes that, although the Las Vegas Police Department lists the case as an open investigation, the state's statute of limitations on the assault has run out (in the state of Nevada, it's four years).

Foxx is denying the allegation and pursuing a legal case against the accuser. His attorney, Allison Hart, told TMZ that "the first time [Jamie] became aware of this woman's absurd claims about an incident that supposedly occurred 16 years ago was when TMZ contacted his representatives [Tuesday] about this story. The alleged incident was not reported to law enforcement in 2002, or at any other time in the last 16 years until last Friday because the incident never happened."

The accuser, who filed a police report last week, says the #MeToo movement inspired her to share her story and that she wanted the alleged incident on the record in case other people come forward.