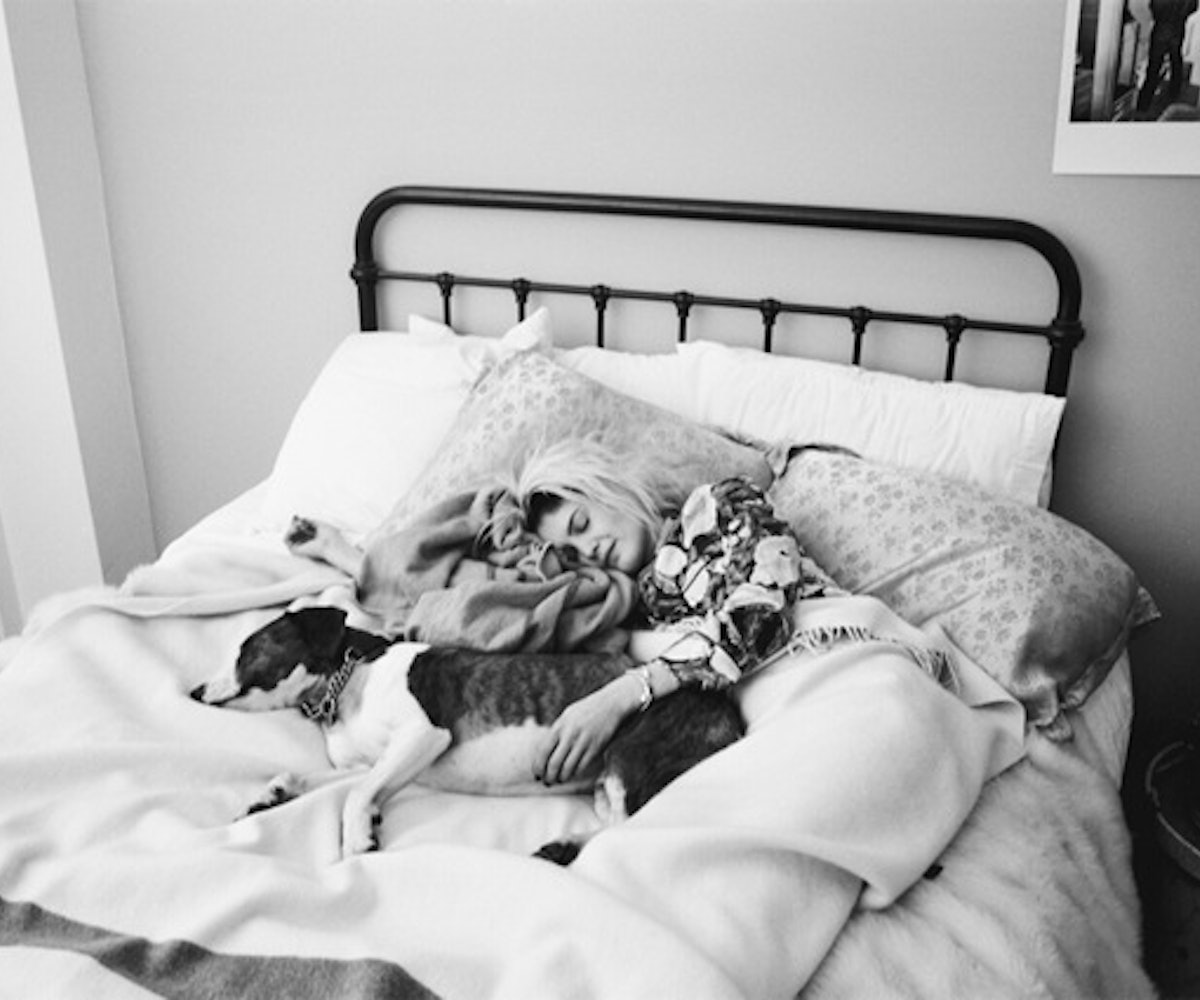 all photos by jamie hince

What do you get when you take guitar-driven dark rock, throw in some rad black and white photos, and top it all off with puppies? Jamie Hince's new art exhibit, that's what. (Go with us here....)

All of these awesome things are colliding at The Kills guitarist's debut photography exhibit "Echo Home," which opens this week at New York City's Morrison Hotel Gallery. Over the past couple of years Hince has turned his lens on some pretty cool subjects--like The Kills frontwoman Allison Mosshart and his wife, Kate Moss--and now he's finally showing off the result. Even better, the event is in partnership with the animal charity Rational Animal, so you know it's for a good cause.

We chatted with Hince about his work, finding the perfect muse, and duh, dogs, so get the scoop from the rockstar below.

How did this exbibit originally come about?

The Rational Animal charity approached Alison about getting a picture of her with a dog. She asked if she could use my dog Archie because he's perfect, and wanted me to shoot the pictures. Susan Brandt, who works with the charity and with The Morrison Gallery loved the shots, and it started from there.

When did you first become interested in photography? Did you ever intend to do it professionally?

I never thought about it as a profession. I didn't even think of myself as a photographer. I still don't. When I first started touring with The Kills it was such a different life to the one we'd had before. Suddenly we were moving round the globe, and there was action everywhere we went. That's what first got me interested in taking pictures. It seemed like the wildest, most exciting life imaginable in comparison to being on the dole in South London...even the wash basins in the truck stops seemed exciting! Maybe I thought it was temporary and the excitement would run out, or maybe I wanted to be able to look at the memories when they were gone to prove that I'd done it, I don't know. But I was manic about capturing all that stuff. There was no technique in what I was doing at all.

When did you take these photos? What inspired you to shoot them in the way you did?

They were taken over the last ten or twelve years.The earliest would probably be the Coca Cola Ice Machine shot, from Tucson Arizona, right up to the shot of Alison with my dog, which was taken a couple of months ago. A lot of the pictures I loved the most were ones that were wrongly exposed, or blurred, or had light bleed. They looked more like paintings to me, so that was kind of an inspiration-- if you can talk about lack of technique as an inspiration!

In your mind, what makes for the perfect photo? Is it the model, location, situation?

I tend to gravitate towards pictures that look like they've been found in a junk shop. But always, I have to find them beautiful. My idea of beauty might not be someone else's, but that's what style is, I guess...

What's your favorite Kills song to perform live and why?

"Kissy Kissy" has always been my favorite to play. It's one of the first songs we wrote, and it just plays itself now, if you know what I mean.

"Echo Home" is on display at the Morrison Hotel Gallery from June 11-July 8. Get details, and check out a sneak peek here.