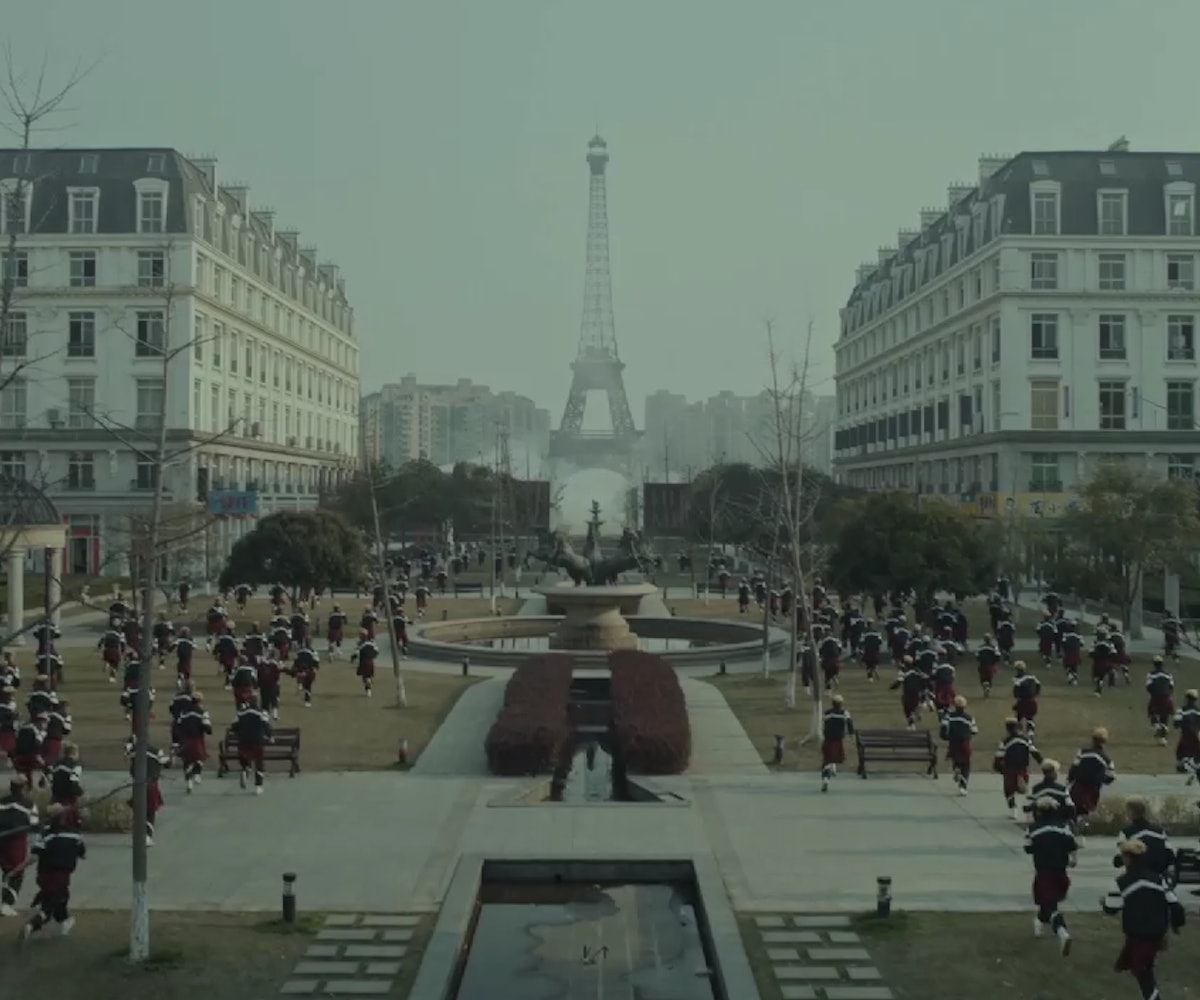 Yesterday, Jamie xx teased a new video for "Gosh," the anthemic first song off of last year's wonderful In Colour. Today, that tease came to fruition in epic fashion with the release of the remarkable, Romain Gavras-directed clip. It's difficult to put into words what exactly we're seeing, but the world Gavras creates has the vibe of a totalitarian society if it was run by Hood by Air. Hundreds of bodies converge underneath the Eiffel Tower and get in formation around a lone figure in white. We're not sure what it means, but it looks incredibly cool.

Anyone who remembers Gavras' work with artists like M.I.A. and Kanye West shouldn't be too surprised by the video's scope. But what might be surprising is that it was shot without CGI or 3-D effects, according to a press release. That might leave you wondering how they got the Eiffel Tower into this dreary city. The answer is Tianducheng, an abandoned development in China that was intended to be a replica of Paris but that remains largely abandoned today. You can watch the video below, preferably on a "full screen with loudspeakers or headphones," according to Gavras.