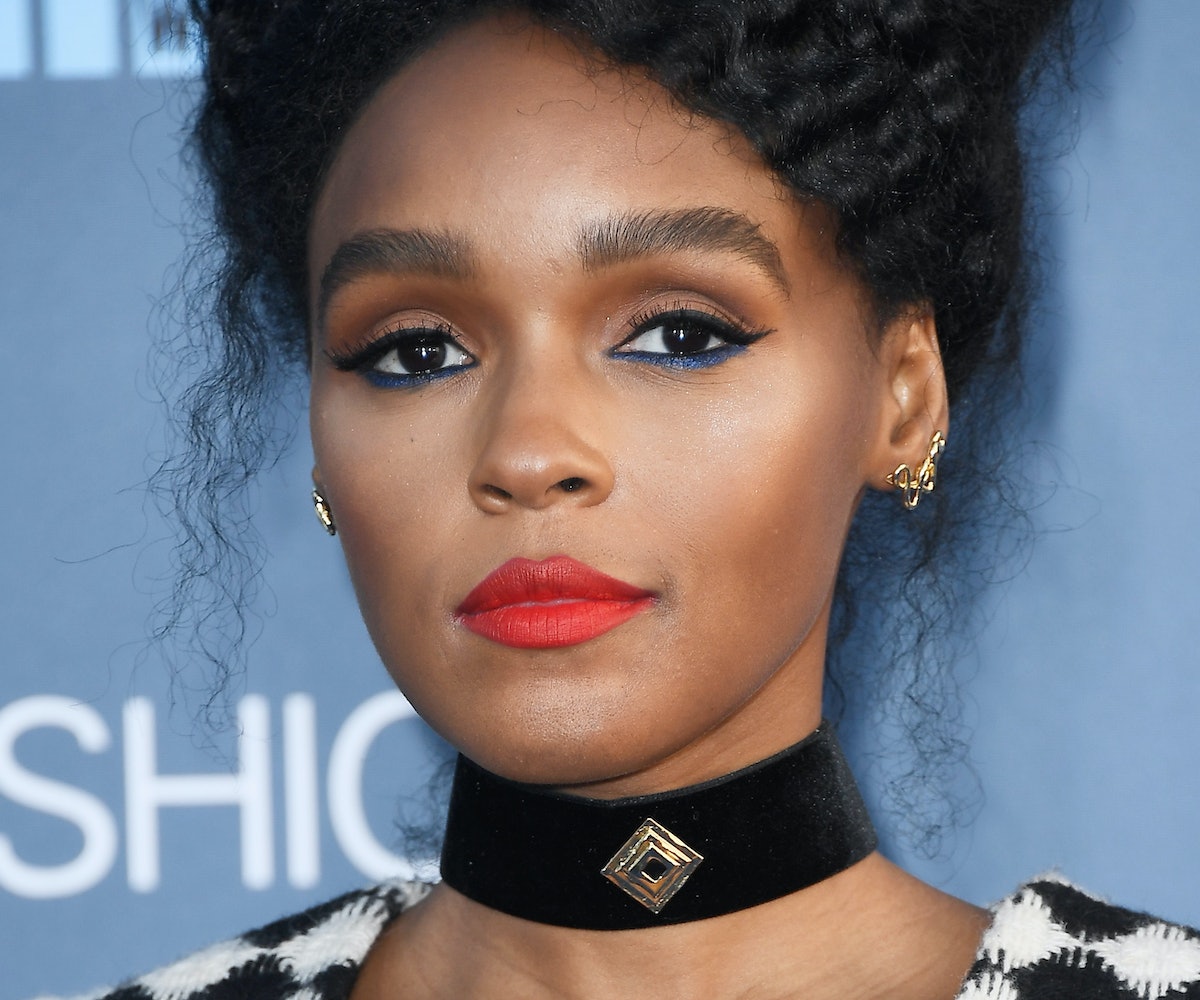 We’ve long adored Janelle Monáe for her incredible sense of style and, even more so, her really awesome hair. While we fell in love with the double bun look she rocked at the Critic’s Choice Awards, Monáe recently managed to amp it up even further.

Yesterday, while the actress/musician was promoting her new film, Hidden Figures, on both TODAY and The Tonight Show With Jimmy Fallon, there was something very peculiar about her hairstyle. It was covered in googly eyes. Her entire head. And it was glorious.

As would be expected, she was also dressed to the nines in a black-and-white fur that perfectly matched her bun embellishments.

We’re left here wondering why, when we were children in the '90s gluing these same googly eyes to everything in our bedroom, didn’t we think of this? We hope this is just the beginning of a bigger trend. What will be next? Pom-poms, perhaps?