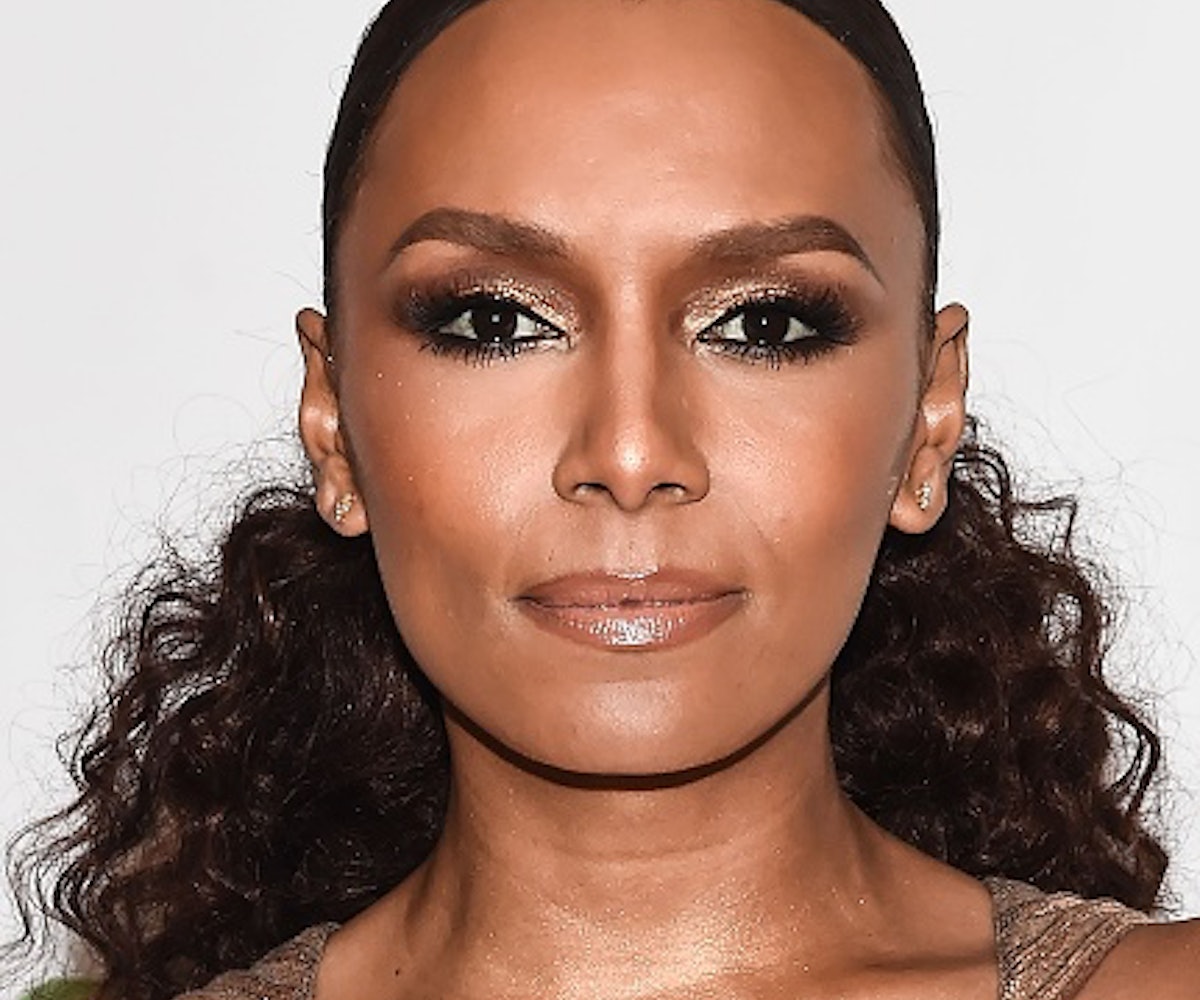 We often hear about privilege as it relates to wealth and race, but not beauty. Beautiful people don't typically like to acknowledge that they benefit from pretty privilege, because "to acknowledge that you are pretty is conceited, and to be conceited is to be unlikable," writes activist and author Janet Mock in a recent column for Allure. In it, she breaks down what pretty privilege is, and how she herself benefits from it.

Mock opens with stories of when she was younger and longed to be one of the "pretty girls." "As a young trans girl," Mock writes. "I wondered what it would be like to be seen not only as a girl but as a pretty girl. Like many teens, I struggled with my body and looks, but my despair was amplified by the expectations of cisnormativity and the gender binary as well as the impossibly high beauty standards that I, and my female peers, measured myself against."

After embarking on her medical transition at 15 years old, Mock saw her body change; she began "passing" as a cis girl, and with it, the reactions to her body changed. "With my gender nonconformity seemingly fading away," Mock writes, "I began to attract the attention of 18-to-24-year-old cis guys who began stopping to inform me that I was pretty." She explains that she was suddenly accepted, yet "did nothing to earn the attention my prettiness granted me."

"I soon saw that people stared and smiled, offered me seats on the bus and drinks in the club, complimented me on my appearance, and held doors open," she writes. "This was partly how I experienced pretty privilege—the societal advantages, often unearned, that benefit people who are perceived as pretty or considered beautiful." Then Mock goes on to list a lot of the ways in which pretty people get a leg up in society. For instance, pretty people are more popular, they tend to receive higher grades and more positive work reviews, and they have an easier time advancing in their careers. They're more likely to be hired for a job, and they are usually paid more. If accused of a crime, they are less likely to be found guilty and their sentences are lighter.

"Pretty people are perceived as smarter, healthier and more competent, and people treat pretty people better," Mock writes. "Pretty privilege is also conditional and is not often extended to women who are trans, black and brown, disabled, older, and/or overweight." While Mock is a trans woman of color, she says that "being curvy but not overweight, mixed but not all black, trans but cis-blending, and able-bodied gives me a different experience than many."

Mock says that she is often perceived as cis, and describes her body type as "an hourglass size-8 shape." "I have symmetrical facial features; a smooth, even complexion; and a white, straight, wide smile," she writes. "For me, pretty privilege operates in a myriad of ways depending on the spaces I enter, who is in that space, and whether people already know that I am trans."

As a teenager, Mock received a lot of backhanded compliments from her peers about the way she looked post-transition. "You don't even look like a boy anymore," they'd say. "You look so real." Mock writes that these words still follow her around. "It communicates our culture’s misconception that equates cisness with attractiveness and equates one’s ability to be seen as cis with being seen as attractive — as real." A trans person shouldn't have to look cis in order to be considered beautiful, Mock writes. Which is why trans actress Laverne Cox started the hashtag #TransIsBeautiful.

Mock admits that her transness often "goes unchecked" and she is able to "navigate spaces more safely than trans women who do not pass as easily." Pretty and passing privilege is a gateway to survival, she explains, that not everyone has. In some instances, cis men have claimed to have been "tricked" by a trans woman who they assumed was cis and thereby deserved to be punished. "This harmful yet all-too-pervasive belief has gone so far as to be used as defensive arguments in courts across the country, called the 'trans panic defense,'" Mock writes.

In the piece, Mock emphasizes the importance of recognizing our "positionality across all of our intersections and experiences," including race. "I am a mixed black woman who has benefitted from pretty privilege in black and people-of-color spaces (largely where I am not often read as trans) but has also experienced being invisible in predominantly white and mainstream spaces," she writes. "It has been a common experience to either be completely overlooked in favor of white women who are considered the beauty standard, or to have white folks or nonblack POCs point me out as an 'exception' with comments like 'You are pretty for a black girl' or 'You don't look fully black.' The message: blackness does not equate to attractiveness, and therefore my mixed-ness puts me higher on the white cis beauty hierarchy than a black woman with parents who are both black."

In order to break the "silence around pretty privilege," Mock explains, attractive people need to become more comfortable talking about it, in order to "dismantle these systems and hierarchies." And this column is Mock's way of talking about her pretty privilege. "I am pretty and I benefit from my looks," she writes. "If I did not look the way I do, then I would not be on TV or on two book covers. I would not have a beauty column or an Instagram with more than 100,000 followers. This does not mean that I have not put in work and effort and done my job well, but my beauty is not something that I earned. I did not work for it, yet it has opened doors for me, allowing me to be seen and heard."

For a long time, Mock says she was uncomfortable acknowledging her good looks, combating compliments with self-depreciating comments. But in the end, "self-deprecation and dismissals will not save us from the fact that we exist in a lookist culture that equates a woman’s attractiveness to her worth," she writes. "It’s problematic when a pretty person denies they’re pretty, and pretty people must take ownership of the fact that they get special treatment. We do ourselves a disservice by saying looks 'don’t matter,' because looks do matter."