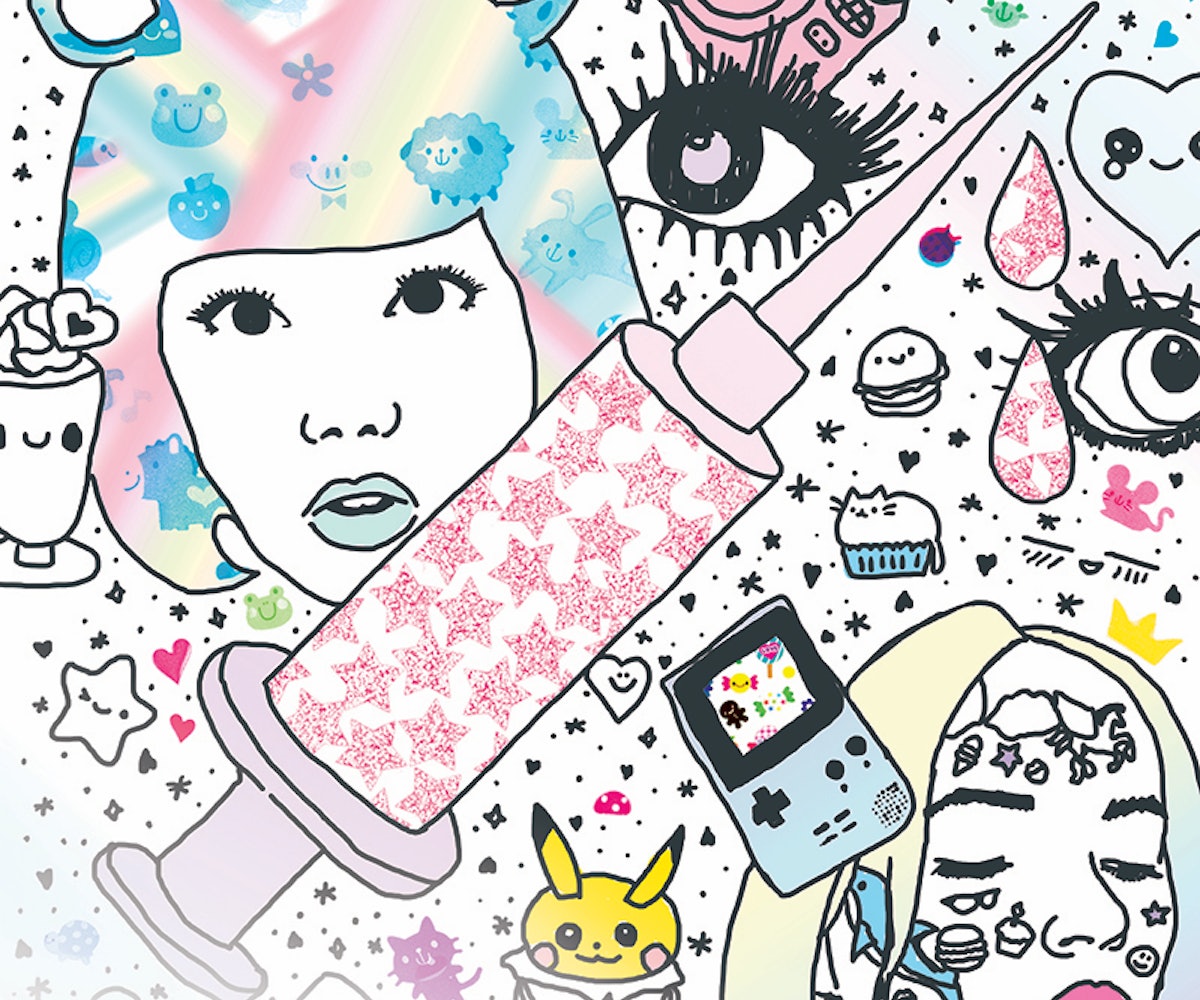 You’re at a party in Tokyo. A guy who’s been eyeing you all night slowly sidles up and asks, “Hey baby, what’s your blood type?” As creepy as it may sound, this scene is not set at some strange hospital warehouse rave or deranged med student mixer, and the perpetrator is no body-fluid fetishist. On the contrary, in Japan a person’s sanguine state is a common topic of conversation, believed to be an indicator of character. While Americans casually call themselves Aries or Gemini, people in Japan are far more likely to identify as AB or O.

Almost all people in Japan know their blood type (A, B, O, or AB) off the top of their heads. And when you learn someone is, for example, in blood group A—the most common among the Japanese population—you’re immediately predisposed to consider this person diligent, attentive, and responsible, but a bit nervous and stubborn. This type-A individual might also be more likely to find those of us in blood group B irritating (we are said to have a do-it-our-own-way attitude and be curious, but sometimes insensitive to others).

The Japanese cultural belief in a connection between blood type and personality stems from a paper called “The Study of Temperament Through Blood Type,” written by professor Takeji Furukawa of Ochanomizu University in 1927. The study supposedly had a big influence on the organization of the Japanese army during World War II, making blood type classification common in Japan thereafter.

This, in turn, has resulted in the huge popularity of blood type fortune-telling in modern-day Japan (and by extension, certain other parts of Asia). Most girls’ magazines have a blood type horoscope page. In 2005 a Korean movie called My Boyfriend Is Type B was released. A book entitled Blood Type B: My Own Manual became a best seller two years later. In 2009, an entire Japanese drama series dubbed How Women of Different Blood Types Can Get Married debuted. And that’s not to mention all of the blood type-themed commercial products that have cropped up, from sodas to condoms.

“Because we all have talked so much about blood type personality since childhood, we are somewhat obsessed with it or influenced by it without knowing it,” explains Hitomi Katahira, 31, who works in advertising in Tokyo. “I look for men of blood type O, which is said to be best for me [a type A], but I always end up dating somebody with type AB for some reason,” she adds. And it’s not only young women who buy into the hype. “It’s useful to communicate and get along with the middle-aged guys in my office because they believe in the blood type-personality connection so much and judge people by it,” says Tokyo-dweller Naoko Hinode, 26, who works in entertainment.

Despite its popularity, however, most scientists and psychologists nowadays insist that there is no link between blood type and personality. In 2014, Kengo Nawata of Kyoto Bunkyo University did a study on this relationship through a secondary analysis of large-scale survey data sampling from over 10,000 people from both Japan and the United States. Sixty-five of the 68 questions yielded non-significant differences between blood groups.

Some psychologists suggest that any perceived truth in the blood type phenomenon is a result of imprinting: that a strong belief in one’s categorized character would ultimately lead one to actually adopt it. Others say that Japan’s infatuation with the concept is just a matter of ratio. While people in Europe and America are mostly categorized in blood type A or O, Japanese people are interestingly divided into the four blood

As these scientific denunciations get louder, “blood type harassment”—any unwanted stereotyping or discrimination based on blood type—has become a hot topic in recent years. In 2004, the Broadcasting Ethics and Program Improvement Organization in Japan even went so far as to release a statement publicly discouraging the idea that blood types determine personalities.

Amid all of these naysayers comes one alternate theory espoused by Koichiro Fujita, professor emeritus of Tokyo Medical and Dental University, who is an authority on immunity. He argues that blood type is directly related to immunity, which influences behavior and therefore character. For example, people in blood group O have lymphocytes that block bacteria most effectively—in other words, they have the strongest immunity. This lends them their characteristic adaptability and adventurous spirit. People with blood type A, on the other hand, have weaker immunity: They are easily damaged by stress and tend to value cooperativeness.

But in the end, regardless of whether science is on its side, blood type theory remains an ever-present cultural force in Japan. So Americans who are unhappy with their horoscopes should take note: Look inward instead of up.

NEXT UP
The Art Issue 2022
True Life: My Partner Is Obsessed With NFTs
Life
NYLON Daily Newsletter: December 7, 2022
Entertainment
Paramore Announces Album 'This Is Why' For February 2023
Fashion
Dickies & Gucci Vault Drop A Sparkling, Studded Holiday