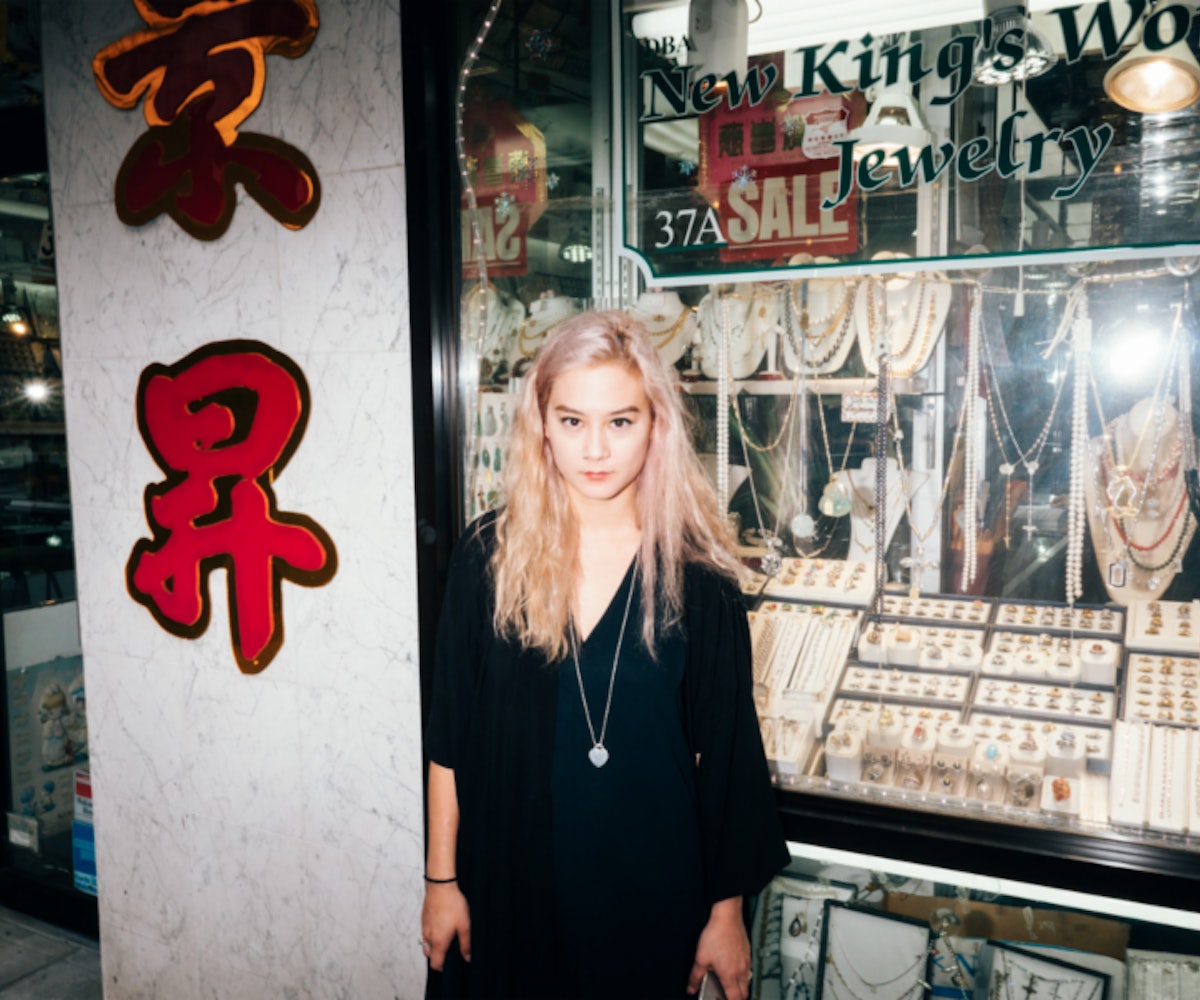 Spring is the season where flowers bloom and birds chirp outside our windows nonstop, but there's still a chill floating in the air. This is how I feel when I listen to Japanese Breakfast, the solo project of Little Big League's frontwoman Michelle Zauner. The Bryn Mawr College alum was an independent major in creative production and was mostly invested in creative writing and film studies courses.

One of Zauner's earliest memories of music involves listening to Fleetwood Mac and Motown compilations in her dad's car. Another includes bringing a tiny plastic whale to her first show, a Raffi concert at the Hult Center in her hometown of Eugene, Oregon.

Today marks the release of Japanese Breakfast's Psychopomp LP via Yellow K Records, which contains a mixture of lo-fi, experimental, and pop tunes. "A lot of the themes of the newer songs are about my mom, about illness and grief and struggling with spirituality/lack thereof," says Zauner.

The first time I streamed the whole album was on a rainy day, and also happened to precede my deceased cat's birthday. It was the ideal setting for listening to a collection of songs about dealing with heartbreak in a variety of forms. All coping mechanisms considered, this record should definitely be one of them.

While you listen to Psychopomp, learn more the voice behind the songs in the interview, below.

What was your childhood like? Did you peak after your teenage years or are you lucky to have survived them?

I grew up in Eugene, Oregon, which is a small college town in the Pacific Northwest. I was an only child, and our house was kind of out in the woods, so I would say I had a somewhat lonely childhood, though it was a very happy one. I definitely would say I was pretty lucky to survive my teenage years. I was a fairly rebellious teen, and pairing that with an immigrant parent... it made for a pretty explosive adolescence.

What brought you to Philadelphia?

After said explosive adolescence, I wanted to move as far away from the West Coast as possible and thought I would really thrive in The Seven Sisters environment.

How did you come up with the name Japanese Breakfast?

I guess I just really liked the words together and the image it evokes. I think it's kind of a curious name because Breakfast seems like such an American word, but the words together maybe make people a little bit curious. I think maybe part of it also was that I wanted a band name that hinted at my Asian-American identity.

I read that you challenged yourself to do a song-a-day writing experiment. Was that a productive process for you? How and when did you first get into songwriting?

It was a super productive process for me. It was a real lesson in forgiveness above all and helped me think of songwriting as more of a practice/craft. It also helped me accrue a tremendous amount of raw material to expand on. I first got into songwriting when I started learning how to play the guitar, at 15.

By the time this interview is published, Psychopomp will be out. Could you tell me more about the album?

is somewhat of a compilation album, the songwriting spans about six years, from when I was 19 to 25. "Everybody Wants To Love You" being the oldest and "In Heaven" being the most recent. I started putting it together in December 2014 after my mother had passed away from cancer. I was kind of stuck in Oregon, helping my dad take care of the house and manage his emotions, and I just sort of poured my private time into putting together this record. I worked with some friends from Oregon—Colin Redmond and Nick Hawley-Gamer—and my husband Peter Bradley on the arrangements and engineering, and then sat on the album for a few months after that.

After settling in Brooklyn, I was starting to feel like I wanted to incorporate some more electronic elements to take it away from its straightforward rock feel. I reached out to Ned, a friend I'd met at Penn when I was attending Bryn Mawr, and we added a lot of synths and samples and mixed it into what it is now.

"Woman That Loves You" was written after you left a toxic relationship. Given that experience, what words of advice would you give to someone struggling to make that decision?

Trust your intuition and your friends. When you spend a majority of your time making excuses for their behavior, or when you become too embarrassed to come to your friends about your conflicts anymore—because you know they're all going to continue to tell you to leave—it's time to bite the bullet. Time will pass and you'll look back and wish you had done it a lot sooner.

I love the inclusion of anime samples on the album. What made you think to do that?

Ned and I both grew up watching a lot of anime. It was a bonding point for both of us so whenever we wanted to kind of "lift" a part or transition we would experiment throwing different samples from shows we watched when we were kids.

How has Japanese Breakfast differed from Little Big League for you from a creative standpoint?

Little Big League was very much a democracy: four consistent collaborators that had to make every decision together. In Japanese Breakfast, I make every executive decision and have complete freedom to work with whoever and however I want.

In another interview, you mentioned how gender role power dynamics came into play on These Are Good People. Can the same be said for the material on Psychopomp?

These Are Good People

was very much about getting out of an emotionally abusive relationship. I was dating an extremely possessive and jealous person and I think as a way of trying to understand that situation, I wrote a lot of songs from that kind of male voice. I'd say on

the songs have either a more personal or female voice. The songs that aren't directly about my experience are songs that I wanted to have that sort of feminine longing a lot of country songs have.

How would you describe the aesthetic of Japanese Breakfast in one sentence?