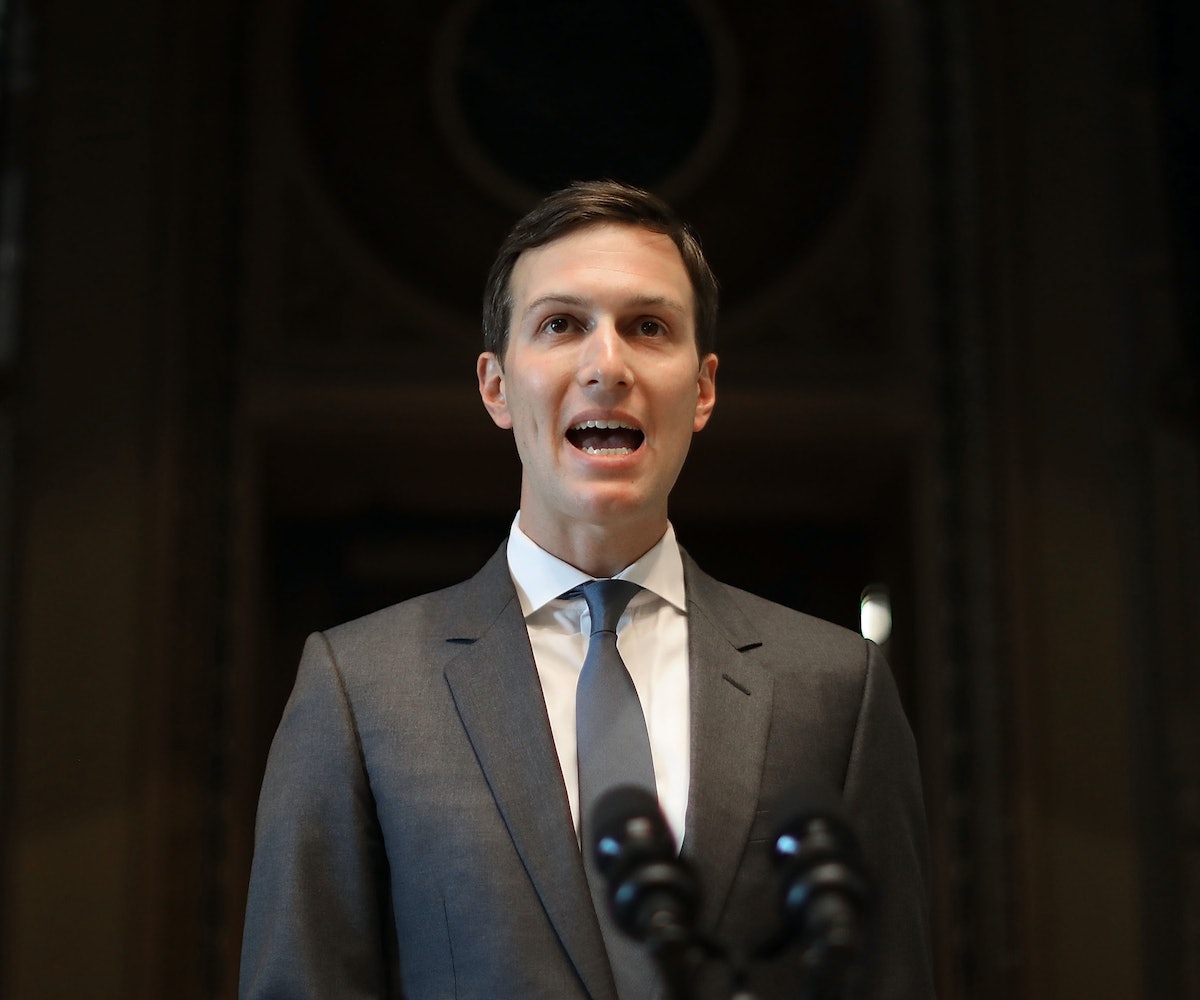 Donald Trump's son-in-law, senior advisor, and husband of the unofficial First Lady Ivanka, Jared Kushner, finally used his voice box today for the first time when addressing the public during the inaugural American Technology Council meeting. Kushner, without any relevant experience, has been tasked with a ridiculously long list of things to accomplish for the Trump administration, including negotiating peace in the Middle East, ending America's opioid epidemic, reforming veteran care, overseeing diplomacy with Mexico and China, improving the criminal justice system, and essentially reinventing the entire government to "run like a great American company."

He's so far been doing all of this in complete silence. Until today, no one really knew what Kushner sounded like. John Oliver speculated what Kushner might sound like on his show a few weeks ago, airing a clip of Kushner with Gilbert Gottfried playing over him. While Kushner's actual speaking voice isn't that grating, it's still jarring to finally hear words come out of his mouth after months of watching him stand around looking like a prepubescent teenager trapped in a Hugo Boss ad. It's especially jarring when you realize he sounds a little like a Real Housewife of New Jersey.

When discussing how government can become more technology savvy, Kushner used the words "awditing" and “majahrity” like Linda Richman from SNL's "Coffee Talk."  "We have challenged ourselves to pursue change that will provide utility to Americans far beyond our tenure here," Kushner said in his hard Jersey accent. "Together, we have set ambitious goals and empowered interagency teams to tackle our objectives. It's working and it's very exciting."

They emotionless way in which he says "very exciting" makes us wonder if he's ever been excited in his life. While he did touch on some pretty upsetting, although not shocking, facts about our government, like many of the federal systems are decades old and the Department of Defense still uses floppy disks (!!!), everyone was way too distracted by his voice to care.

While Kushner may sound harmless and constantly look like he's lost on his way to brunch, we can't let that distract us from the fact that he's currently under investigation for undisclosed contact with the Russian government and undermining our democracy as we know it.