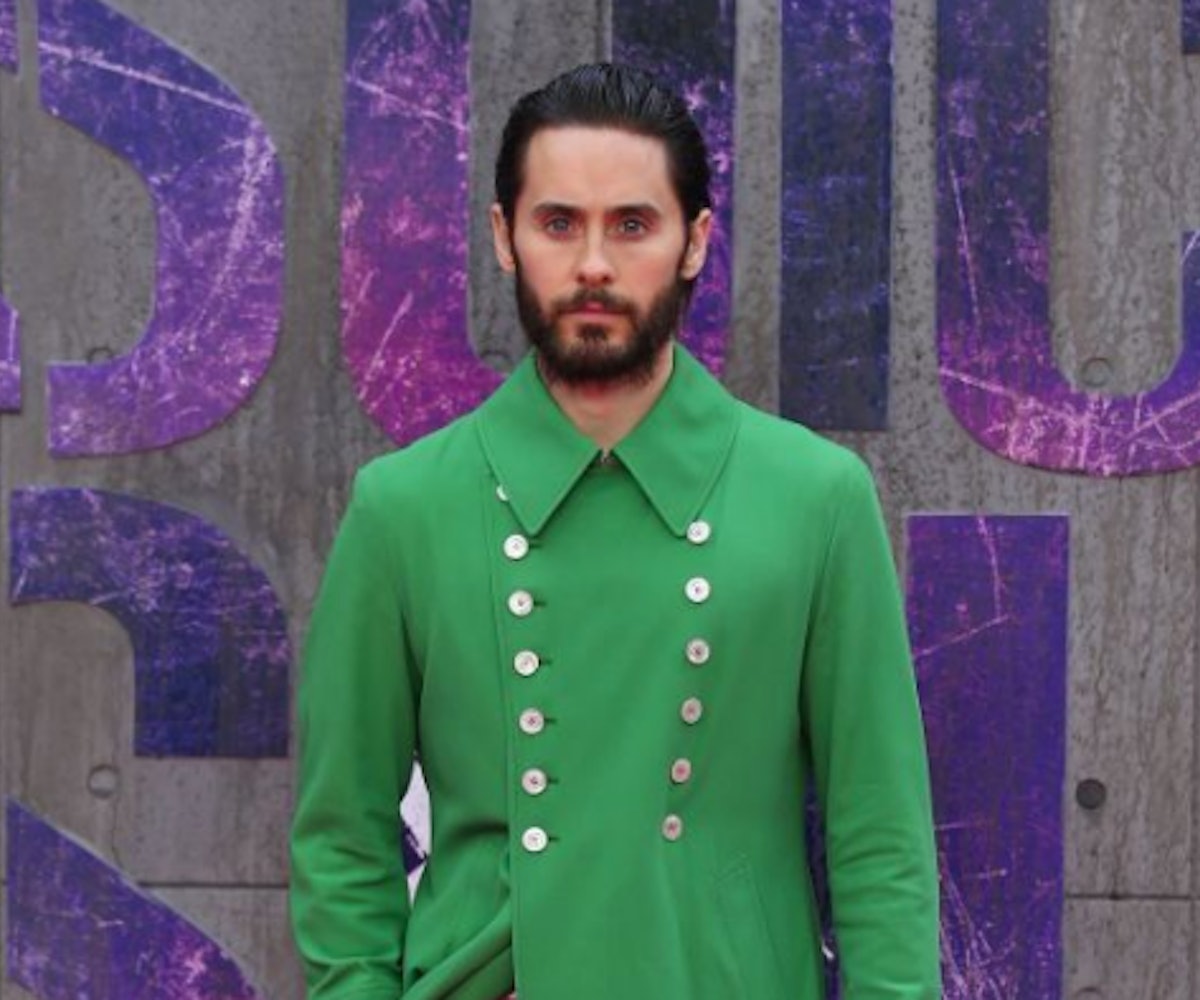 Recently, though, Leto inspired nothing but pure delight when a meme circulated in which the actor appeared to have been so struck with the beauty of a green Gucci coat when he saw it on the runway, that he then chose to wear it as he walked down the red carpet for the London premiere of his latest movie, Suicide Squad.

The internet went crazy over this, and why not? Seeing someone at the very moment that they fall in love is a special thing. What's not to rejoice over? Why shouldn't we celebrate when two perfect beings (in this case Jared Leto and the green Gucci coat) find each other and live happily ever after?

Well, we shouldn't celebrate when that love isn't real and when all we're really getting worked up about is pure commerce, a mere exchange of goods for cash. What I'm trying to say is: Leto's delight wasn't what we thought it was. I know: shocking. As the actor revealed in an interview with Vanity Fair, “The thing about the photo is—I’m going to be honest with you—I was actually making a face at someone across the runway. I have that feeling with most things [Gucci] makes because they make such beautiful things. But I was actually goofing off with a friend, and you can’t actually tell from the picture."

The Vanity Fair reporter suggested to Leto that maybe she would "just go on believing that it was a moment of joy." But Leto gently shut that down, recommending instead that she actually, "tell the real story. That would be interesting."

And, of course, Vanity Fair did tell the real story, but instantly people got really upset, with Elle.com going so far as to say that "Jared Leto ruins everything." Look, I'll be honest, that was my first reaction too. But when I thought about it for literally five more seconds I realized that the thought was absurd. All Jared Leto ruined was a meme. And although memes are "everything," they are also, you know, not everything. They are nothing. They are ephemeral. (Except Harambe, that's sticking around.) And they are made to be warped, ruined, and ultimately vanquished. Jared Leto didn't ruin that which was not already doomed. And if we're sensitive to this, maybe we should start examining why it is that we actually thought the equivalent of true love involved the purchasing of a coat.

It's ok, Jared. We forgive you.