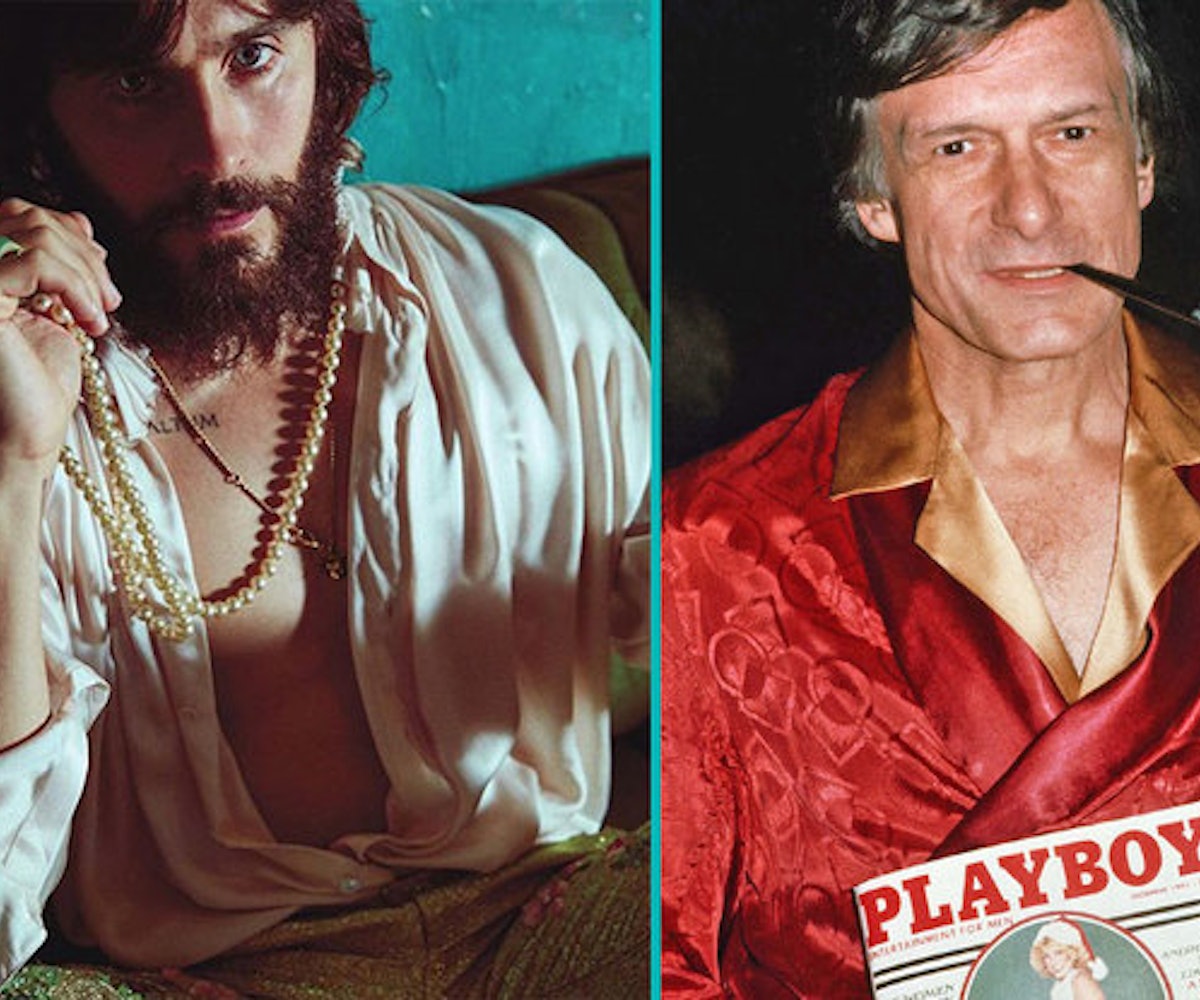 It's been almost a week since Playboy founder Hugh Hefner passed away, and it appears that his life will now be honored in a biopic. A report by the The Hollywood Reporter cites that none other than Jared Leto will play Hefner on the big screen. The film will be helmed by Rush Hour director, Brett Ratner.

"Jared is an old friend," Ratner told The Hollywood Reporter. "When he heard I got the rights to Hef's story, he told me, 'I want to play him. I want to understand him.' And I really believe Jared can do it. He's one of the great actors of today."

Ratner adds, "Jared will be able to get as much information as he wants," due to the large amount of video footage of Hefner.

Along with directing the biopic, Ratner plans to reboot Hefner's late-1960s talk show, Playboy After Dark.