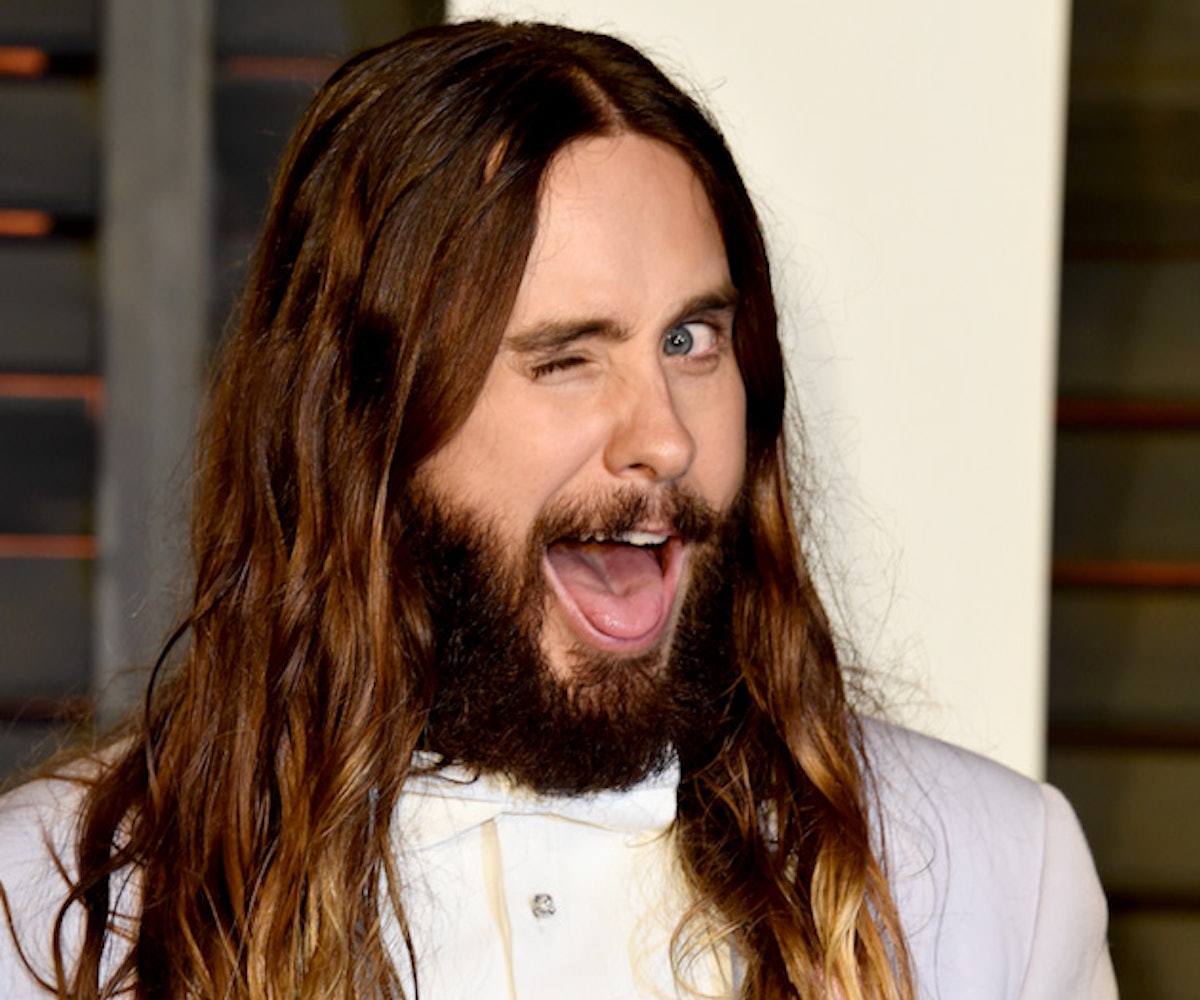 Yesterday we showed you a photo of the entire cast of Suicide Squad with one glaring omission. Where was Jared Leto? It turns out that director David Ayer, who's been serving up juicy morcels of the comic book movie's pre-production on his Twitter account, was baiting us for his next big reveal.

Last night Ayer posted a photo of Leto sporting green hair, looking one step closer to the Joker he'll be playing in the super-villain team-up movie. Leto is holding a camera to his face, with the hashtag, #WhereIsJared. This might imply that Leto is the one who took yesterday's photo, but more importantly the pose Leto is striking mimics one the most iconic Joker images of all time, from the cover of Alan Moore's seminal graphic novel, The Killing Joke. Anyway, if you're not following David Ayer on Twitter, you should probably start now.