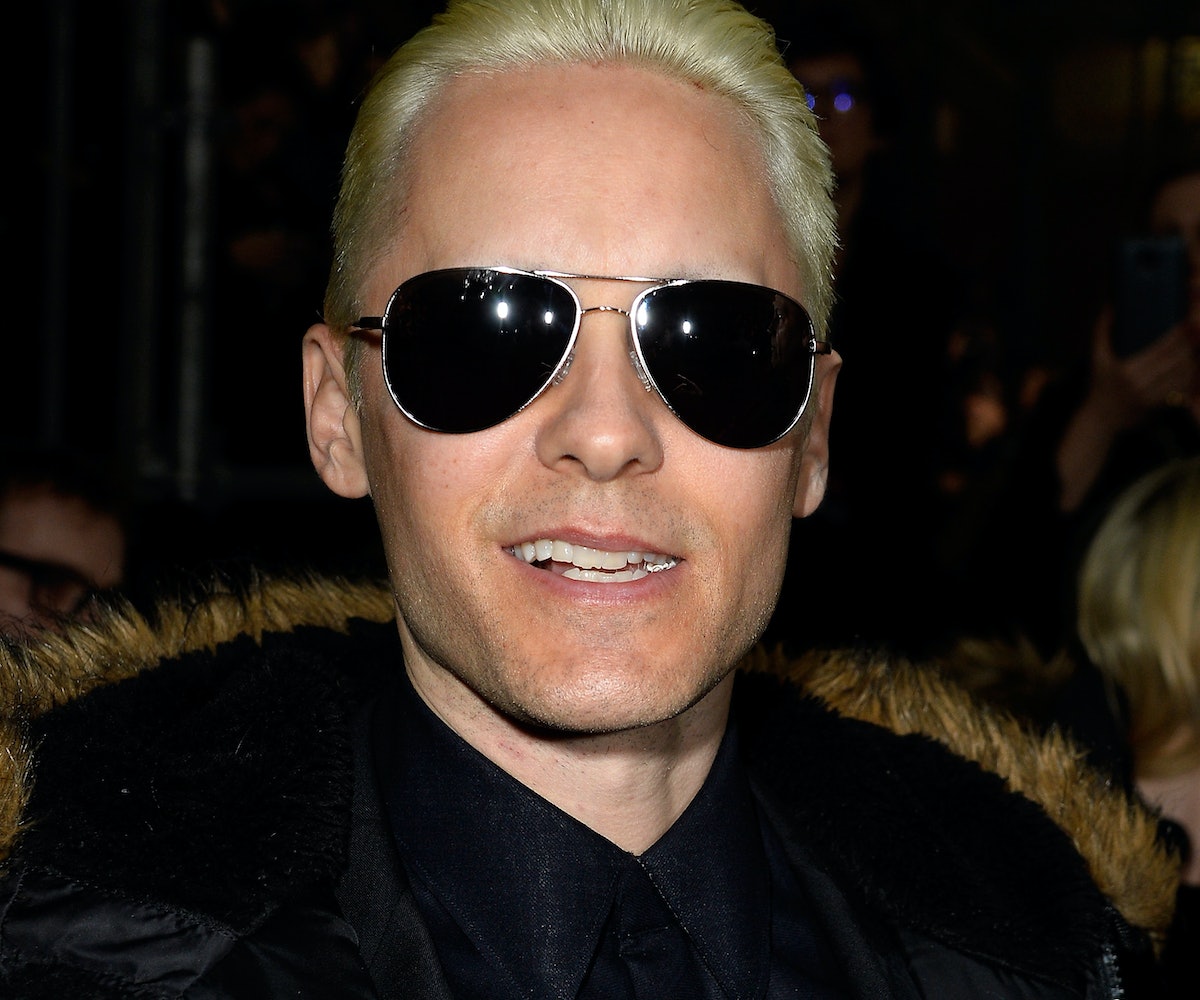 After a steady progression of teases, Suicide Squad director David Ayer revealed Jared Leto's final look as the Joker, and it's not subtle. This Joker was apparently able to sit still long enough to get his own catchphrase (maniacal laughter) tattooed all over his body. He also felt the need to advertise his state of mind (damaged, obv) on his forhead in cursive writing. The blackened, silver teeth are a nice touch, and the pose is a reference to this iconic image from Alan Moore's graphic novel, The Killing Joke.

Ayer released the photo in honor of the Joker's 75th anniversary, and naturally the Internet had its reactions. Most of them were negative, some were hilarious, but we think film writer Mike O'Brien summed it up best in one tweet: