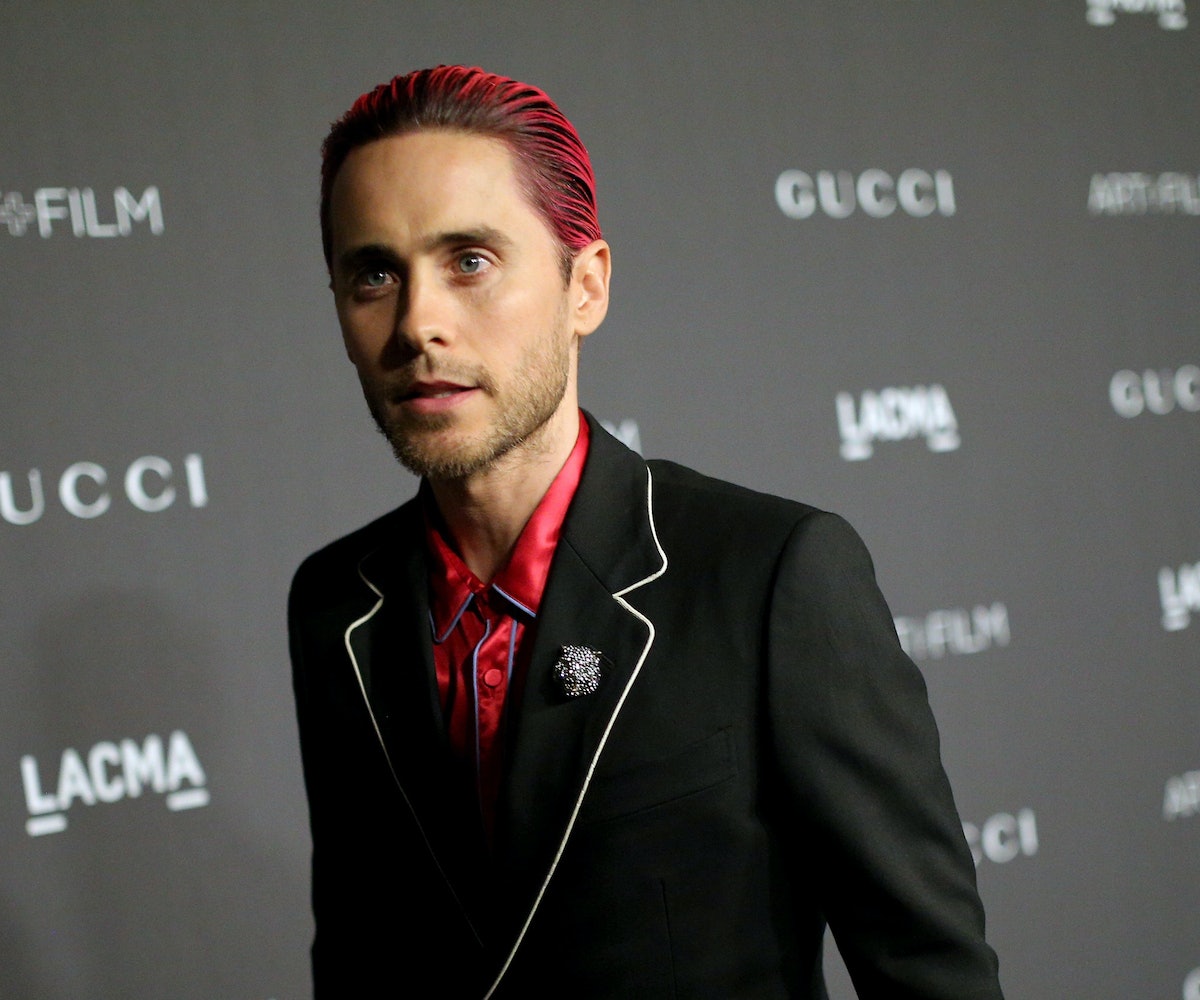 There were a lot of killer looks when stars including Kim K, Amber Valletta, Leonardo DiCaprio, Gwyneth Paltrow, Dakota Johnson, Chloë Sevigny, and many, many others gathered for Gucci’s LACMA 2015 Art+Film Gala honoring artist James Turrell and director Alejandro González Iñárritu in Los Angeles Friday night. Even with all that shiny, shiny glamour, however, it’s worth it to take a minute to consider what Mr. Jared Leto brought to the proceedings.

As members of the Echelon and Leto followers will generally know, the actor has already washed out the green hair dye he used for playing the Joker in the upcoming Suicide Squad film and subbed it in for a bright, Easter pink (likely in recognition of October’s Breast-Cancer Awareness Month). With his dark roots showing, he went for a look that truly few men could pull off—a jet Gucci suit with white contrast piping and a fuchsia pajama-style shirt that matched his hair. Consider it a whole new bonus level in the coordination game and something worthy of the always sartorially stunning Joker.

As you can see below, Leto brought the look to his regular round of red-carpet photobomb horseplay. Watch out, Diane Kruger!