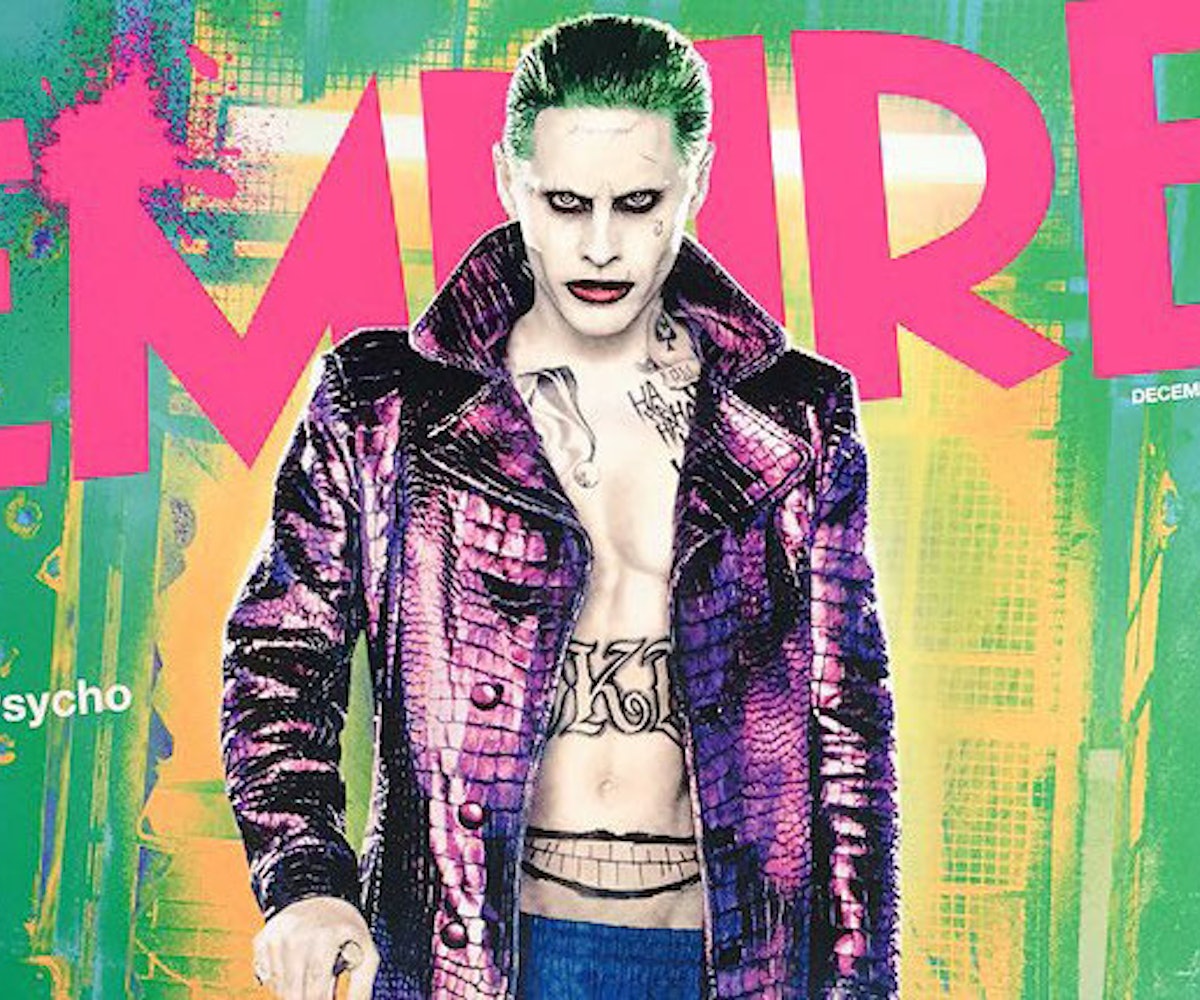 Okay, yes, these images are a little low-res, but there’s a darn good reason for that. Seems some intrepid poster out there on the Internet has got themselves a crisp, new, hard-copy issue of Empire magazine and blasted out iPhone images of cover boy Jared Leto all done up as the Joker for the upcoming Suicide Squad movie.

As before, we’re seeing a slicked-back, oddly stylish version of Batman’s least-favorite person—a Joker with grills, tattoos, and sickly pure-white skin that’s a departure from Heath Ledger’s grungy, wonderfully dirty performance as the Clown Prince of Crime in 2008’s The Dark Knight.

As well, there's a shot of Leto performing across from Margot Robbie’s Harley Quinn in an interrogation room. For those who don’t know the backstory of DC’s beloved Quinn, she's the Joker’s sometimes accomplice and ladyfriend who went from treating him as a psychiatrist to joining him as a psychotic criminal in a periodically abusive relationship. This looks to be a scene depicting the moment they first met. Cute...sorta!

Oh, and did you want images of famous eyebrow-owner Cara Delevingne all gothed out for her role as Enchantress? Well, there's a couple of those, too.