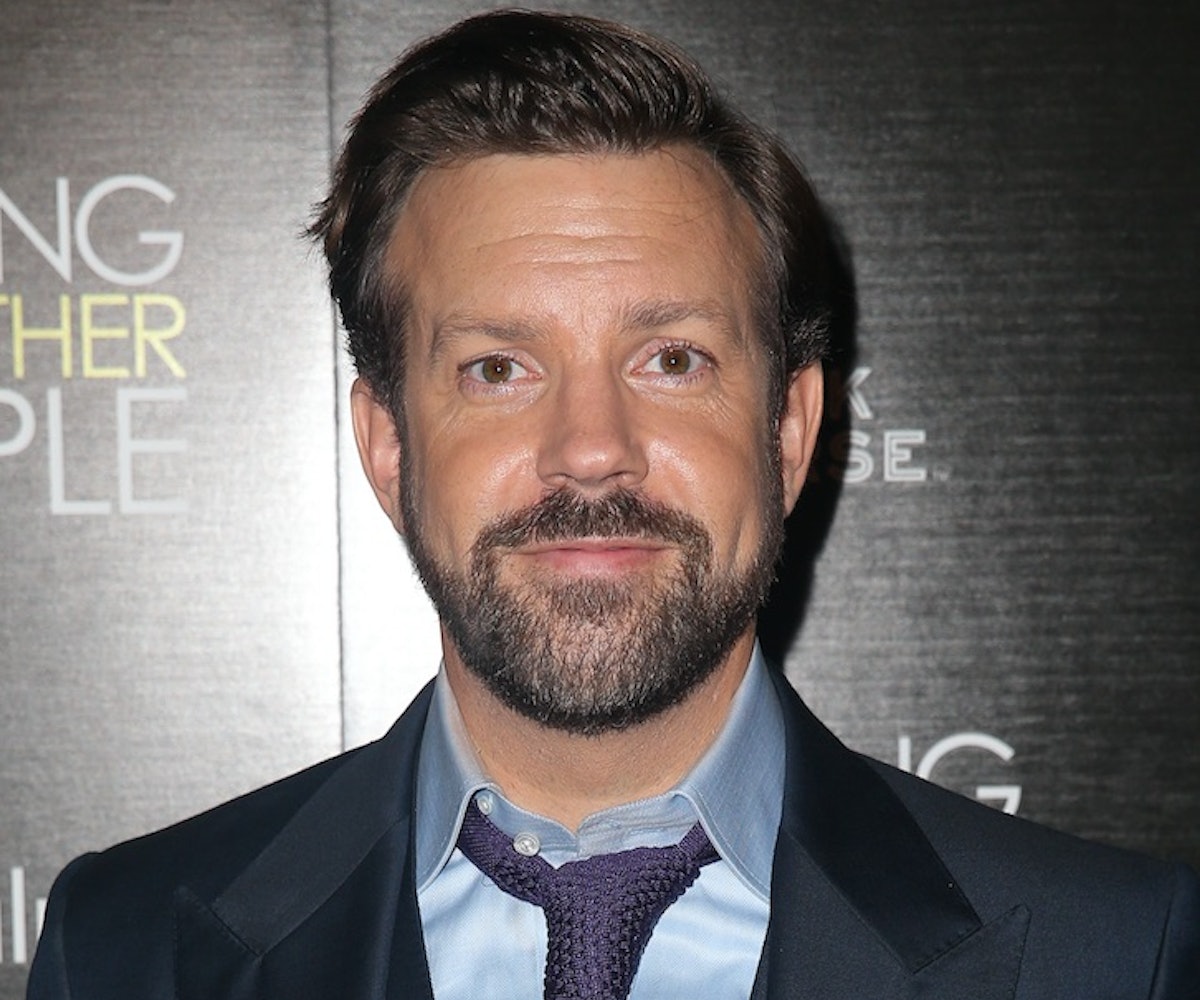 This time around, Sudeikis plays a romantic lead, not his usual job description but a role he has no trouble filling. In fact, the SNL alum is turning out to be a versatile performer, an everyman who can slip easily into comedy and drama alike. Such dexterity has earned him the attention of casting directors and a full slate through 2017 including taking over the Fletch franchise, Race, about Jesse Owens and the Berlin Olympics, as well as Alexander Payne’s next movie, Downsizing.

With such varied projects in the pipeline, Sudeikis was eager to talk about building a career, turning forty, and the bullshit world of Facebook.

Audiences first knew you as a straight-up funnyman on SNL, but now we’re seeing you in a more dramatic light, or as a romantic lead. Is that a big adjustment for you?

To me, where I’m teaching my best friend how to be more successful in giving herself an orgasm, I’m committed to trying to do it as believably as I am pretending to be a suburban dad trying to move drugs across the border. That’s from heroes I’ve had growing up like a Tom Hanks, who I think is just as remarkable in Splash as he is in Philadelphia, and those movies couldn’t be more different. In terms of being a romantic lead, I’ve felt like the romantic lead in various relationships in my life, so I’m calling upon the real world element of it. I’m blessed that people have sort have taken the ride with us and not thinking I’m full of shit. If they are, they’re not taking the time to say it to me personally. Maybe I should get on Twitter and I’ll hear it more often.

Funny you say that, because I thought of Tom Hanks while I was watching it. Is that someone you model your career after?

Do I think of a career that way? In my fifth stage of sleep in my REM cycle. I don’t know. I have too many voices in my head reminding me on a daily basis I’m nothing but a piece of shit, that I don’t think I ever could believe that. I’m sure Mr. Hanks feels the same way when people consider him to be the new Jimmy Stewart.

Or can you even try to model a career? Isn’t it more like just take the best of what’s in front of you?

I just always wanted to shoot for Joseph Cotton. To be in The Third Man and Citizen Kane, who doesn’t want to be Orson Welles? How many of us are 25-year-old prodigies? I am not. But I aspire to try to make everything as believable as possible. I think Tom Hanks, whether he’s Woody or courting a mermaid or digging his way out of a tunnel in whatever form, you enjoy watching the guy.

In this Tinder-fueled world, can’t a person just go on and on seeing people without ever getting serious?

You have to have connection. You can say over and over to yourself and get very glib about it and tongue-in-cheek, but at the end of the day, anyone who says they don’t need anyone else, they’re just hedging their bets and assuming that you’re probably not worth it. Or if you do get it, you’ll screw it up. Or it won’t be any good.

So how do you connect? Social media?

You hear it all the time that over 50 percent of marriages end in divorce and the other 50 percent end in death. So many of those reference Facebook. You can now carry a torch for your own individual heartthrob and hunt them down and see what their life is. And no one shares the true ups and downs of their lives on Facebook or Instagram or stuff like that. They usually send a rose-colored glasses version of that, that makes you seem more exciting or amorous than it is when you’re watching your significant other wipe their butt. I’m about to turn forty and we don’t care about that anymore. That’s our parents’ generation.