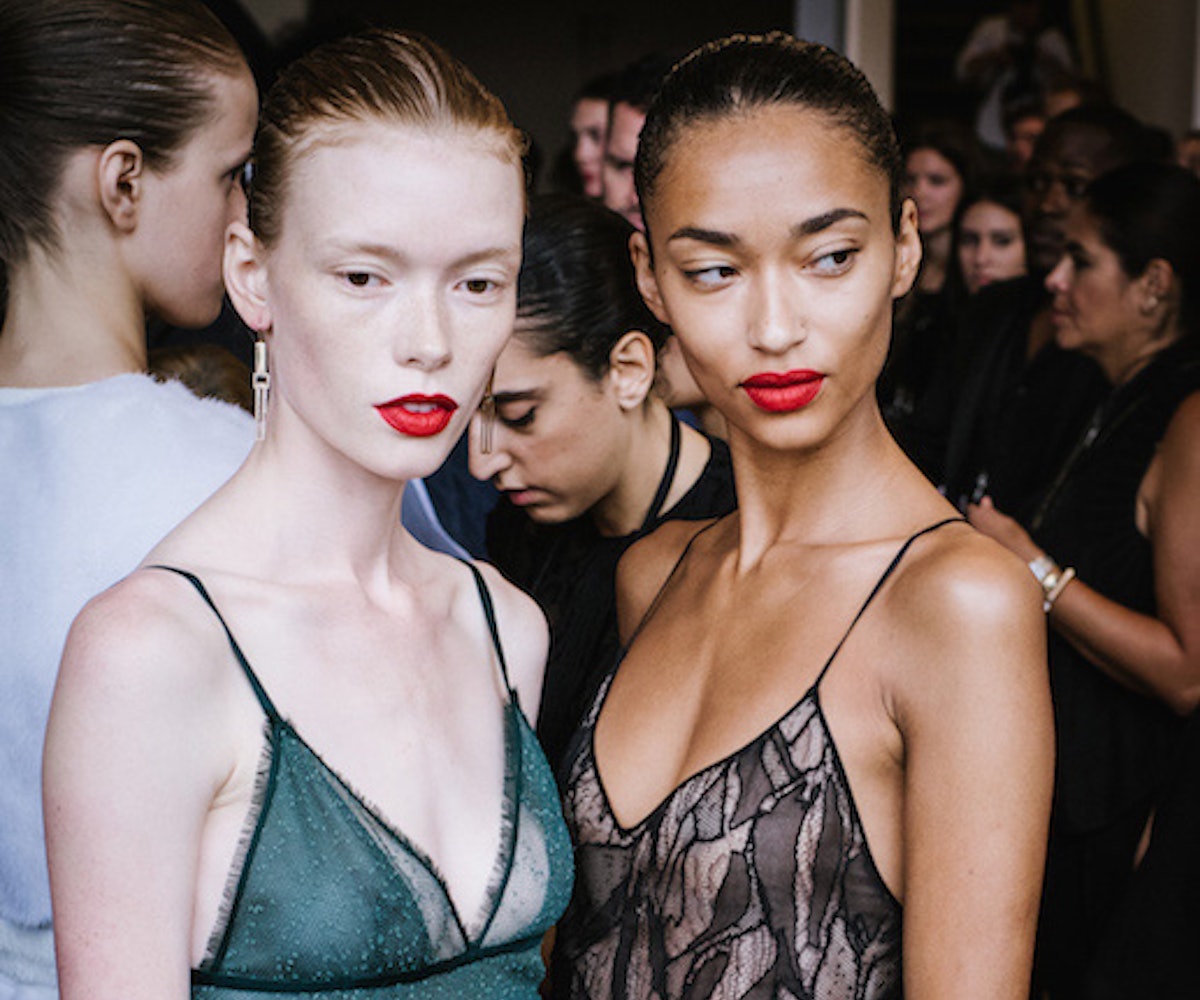 Sometimes, there is no reason to mess with the classics. A great tailored LBD and a siren-like red lip is a show-stopper, which must have been what Jason Wu was banking on when he got an earlier slot in the week for Fashion Week. Wu wasn't looking to change the game but just cement his status as an A-list designer, who creates pretty, sophisticated dresses and separates for metropolitan women. And nothing says classically chic like a red lip, which was—along with slicked-back hair and a dewy complexion—his defining beauty statement this season.

In order to get the bright hue, Maybelline's Yahim created a "Wu Red," which was a mixture of two existing products, combining the Color Sensational Vivid Matte Liquid in Rebel Red with a bit of rosiness courtesy of Berry Boost. The effect was shiny but not wet, a nice alternative for those who find matte lip products too drying.

On the runway, Wu's trademarked downtown girl with an uptown sensibility was exemplified in roomy leather dresses, lots of knit (nearly Bohemian, in some ways), and incredible ribbing and detailing. There is something lush about this season, and it feels almost autumnal (maybe it's the now-crisp air?) but the rich texture on the sweaters, along with belted coats and flutter sleeves, is perfect for this time of year.