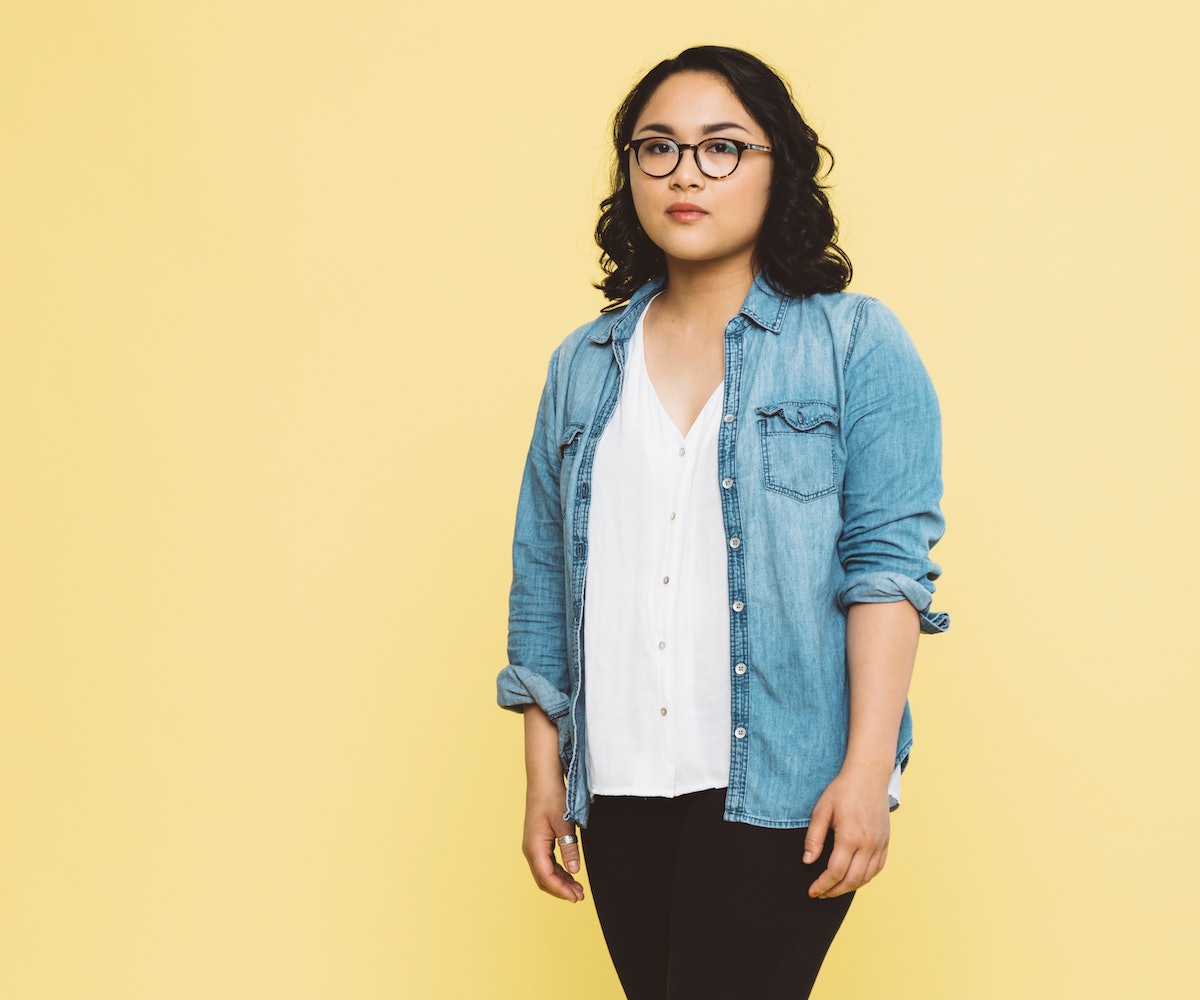 While Jay Som’s debut album oscillates between lo-fi rock and dreamy folk vocals, it’s actually heavily influenced by Carly Rae Jepsen. (Real talk: Whose life hasn’t Jepsen impacted at this point?) The Oakland-based singer-songwriter, whose real name is Melina Duterte, first got her start with a string of Bandcamp self-releases (she uploaded her first ones drunk). Listen to lush singles like “The Bus Song” and “Baybee,” and prepare to be hypnotized. Som's lyrical openness also speaks to the success that artists like Japanese Breakfast, Mitski, and Waxahatchee have had with being so emotionally raw.

On her debut LP Everybody Works, Duterte puts her angst to work, as she contemplates being at a financial standstill in her career. Though the process was definitely tough, it ultimately paid off for the 22-year-old newcomer, who released her much anticipated first album on March 10. If you’re a fan of old-school Broken Social Scene or Azure Ray, Jay Som will be a sweet new addition to your music library.

We caught up with Duterte right before her album came out, and talked about how she fuses the personal and the political and what it's like to give a voice to the marginalized.

How did you first start making music under Jay Som?

Before I came up with that moniker I was already writing music. I started basically writing when I was 12, and around that same time, I was also learning how to record music, so I was teaching myself how to play music, and write, and record. I came up with the moniker Jay Som in high school—I think it was my junior year. I was already putting music up online, like on Myspace—very embarrassing music—but then I switched over to Bandcamp and came up with the name Jay Som.

What was it like playing with Mitski and Japanese Breakfast? How do you feel like you fit into that kind of outspoken, really emotional music space?

That tour was phenomenal. The entire experience was very insane for me because it was my first national tour ever. Going into it, it was a very unique experience because we all knew that the bill was three Asian-American women, and that has never happened before. So it was very special. And not only that. Everyone’s music was really good and having that every night, along with the audience having that cathartic release, that connection to Mitski and Japanese Breakfast’s music, it was so special to me.

How did politics play into this record, if at all?

I think it was lightly connected with the album. When I was writing it, it was the middle of 2016, so we were still going through some pretty intense things, especially with, like, the election coming upon us. But definitely seeing my friends and people in different communities and minorities and people of color definitely inspired me to write more. I wanted to write this music for people that feel like they don’t have a place in this environment or this country, where we’re being constantly told that this world isn’t made for us and that we shouldn’t be doing what we’re doing.

How did you come up with the title Everybody Works for the record?

“Everybody Works” is the title song, and I think that was the second song that I wrote. I was having a pretty rough time in my life financially. I was thinking about being broke and how I was going to turn my art into music and looking at people that have opportunities handed to them, which kind of inspired that song. But I guess the common theme for that song and the album is that everybody is working with their own set of problems, financially or personally with other things.

Carly Rae Jepsen influenced this record. How did that kind of come through?

Oh, my god, I love her. I’ve been bumping her album ever since it came out. It came out in 2015, but I kind of revisited it in 2016 because I listened to it every single day. I think it was very dear to my heart because the album is so well-crafted and produced and her songwriting is good, in the way of certain ‘80s or ‘90s dance pop hits. It’s my favorite type of music. I just love Carly Rae Jepsen—she’s a good person [laughs].

Who would you want to collaborate with in the future?

That’s really hard. I’ve been really into Andy Shauf. Someone recently showed me his music, and I haven’t been this blown away by a musician in a long time. I could definitely see myself collaborating with him; it would be a treat.

What would you say this whole record is about?

[With my first released songs], there was definitely a common theme of being scared, just fearful of growing up. I was writing that when I was coming out of my teen years out of high school, and I was figuring out adulthood and how to just be. Everybody Works is definitely the after-part of that: kind of just settling into adult life, trying to figure out how everything works, and keeping the passion within me while trying to be smart about it.

You drunkenly uploaded your first release to Bandcamp. Do you regret that at all?

[Laughs] I actually, don’t regret it. I think a lot of people ask me that question because it’s like, funny, and they’re like, "Oh my god, you’re so crazy! You got drunk and you uploaded this." But I really don’t [regret it]. I think if I didn’t get drunk that night, I probably wouldn’t be where I am right now, but you know, who’s to say? I’m not necessarily proud of that, because I could have come up with something more intentional, but at the same time, I’m alright with it. It’s chill.

What do you think future music would look like from you?

I’m already writing new music, and I’d definitely say it’s going to be a little more experimental, but still I love pop music, so that’s always going to be my thing no matter what is in my music. I actually don’t know. Sometimes it will be the month that I’m supposed to be writing music for an album or EP, and [the sound] will completely change. Or, I’ll write the music on the spot; I don’t really know how to predict my own music.

NEXT UP
Entertainment
Samia On 'Honey' & Saying The Ugly Part Out Loud
Entertainment
Chloe's "Pray It Away" & 9 Other New Songs Out This Week
Entertainment
Harry Styles Is Performing At The 2023 Grammys
Entertainment
Gracie Abrams & Gia Coppola On The Joy Of Free-Flowing Collaboration
Style + Culture, delivered straight to your inbox.