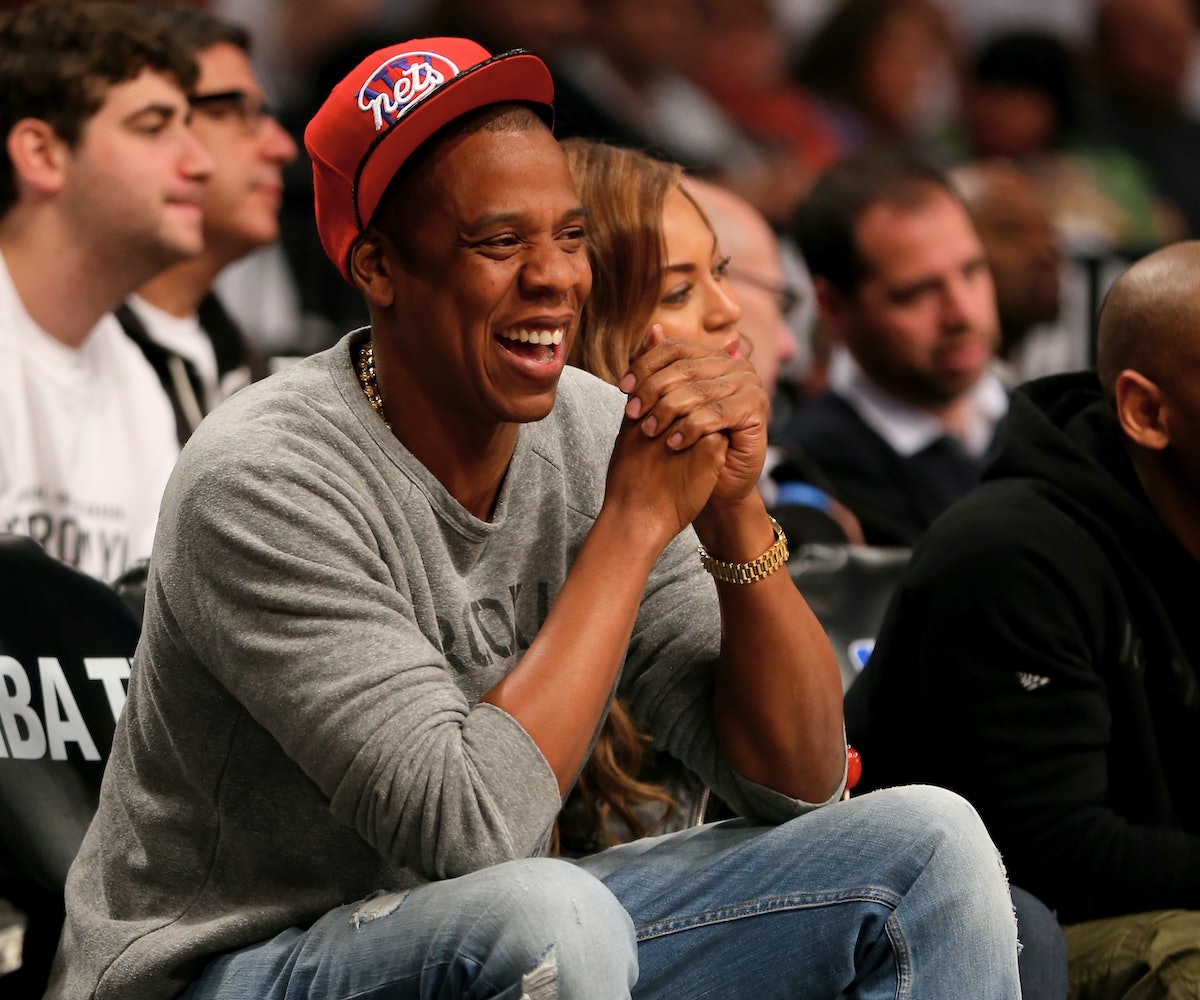 A tsunami is set to rock the music industry, and it's called Tidal. The Swedish streaming service was bought by Jay Z earlier this month, and it's about to re-launch with a little help from the rapper's most famous friends. Beyoncé, Kanye West, Nicki Minaj, Rihanna, Madonna, and Coldplay all shouted out Tidal on social media, and changed their various avatars to an electric teal square.

"Together, we can turn the tide and make music history," West tweeted. "Start by turning your profile picture blue. #TIDALforALL." Jay Z is expected to reveal more at a event at 5pm in New York, but as of now, what we know is this: Tidal is a hi-fi streaming service with a monthly subscription that will run users about 20 bucks. All the major record labels are on board, which means that Taylor Swift has finally lifted her no-streaming policy, because nobody says no to Hova.

We'll have more on Tidal after the man himself speaks this afternoon, but for now check out more of it's eye-popping social media push below.