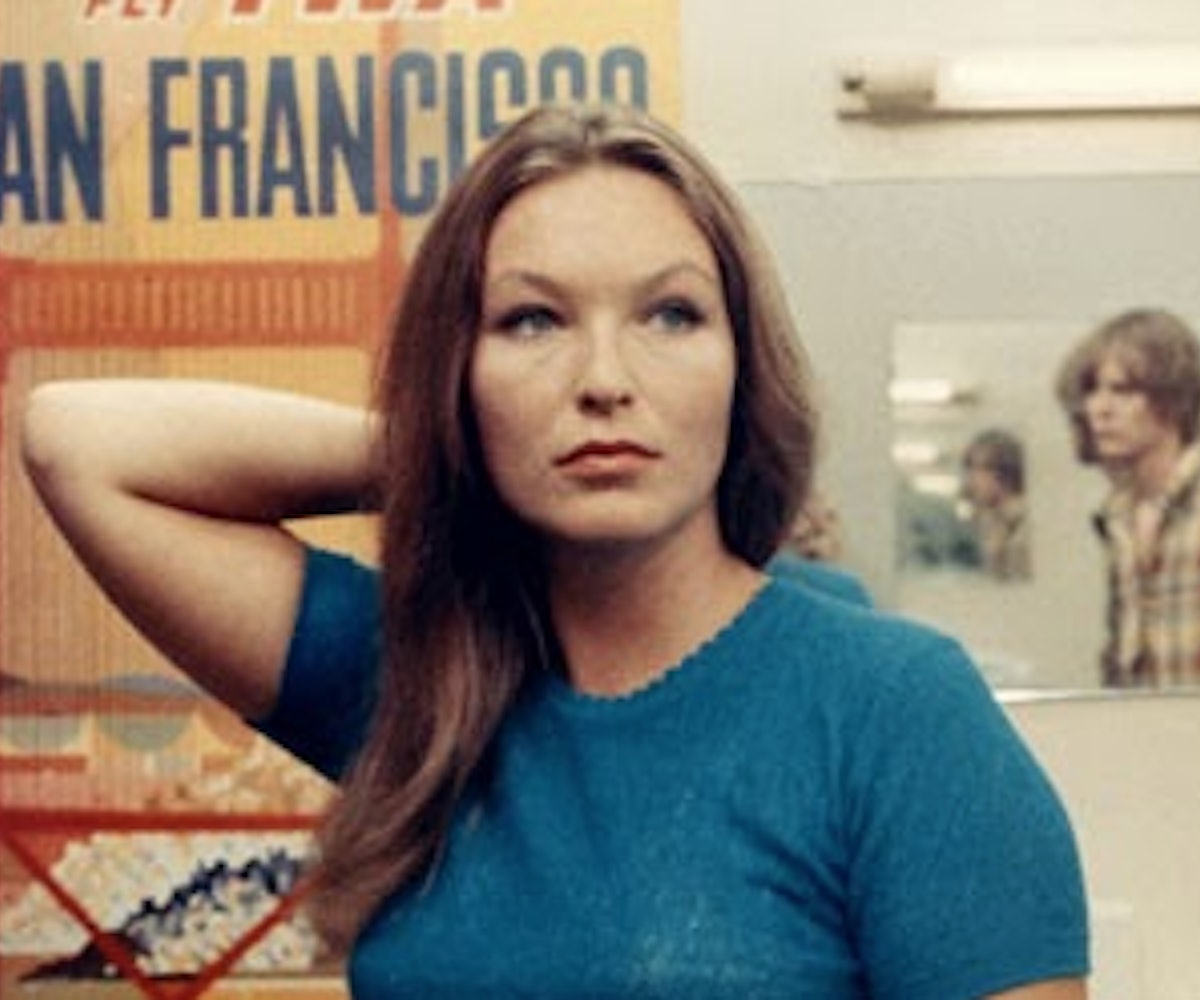 The filmography of Jean-Luc Godard is filled with incendiary, wildly influential work. Even if his films weren't fashionable, they'd be vital. But of course, one of the fun things about Godard is the fact that his work is filled with capital-L Looks. Just think of Jean Seberg's striped shirt (the epitome of insouciant Francophile style before it became a cliché) or New York Herald Tribune sweater in Breathless (1960), or Anna Karina's divine fur collar and primary-colored stockings in A Woman Is a Woman (1961). These looks have become perennial reference points for film snobs and fashion magazines alike, and with good reason. One of Godard's most fashionable achievements (among other things, of course), Two or Three Things I Know About Her (1967) played at New York's Metrograph theater in a sure-to-be-beautiful 35mm print earlier this month, and the auteur's new film, The Image Book, premieres at the New York Film Festival tonight.

Two or Three Things I Know About Her is a foray into experimentation that uses a philosophical whispered voiceover from the director and fragmentary imagery to follow Juliette (Marina Vlady), a bourgeois housewife who dabbles in prostitution. The film critiques capitalism and the Vietnam War and features characters directly addressing the camera. All of this seriousness, though, is presented in some of the most potent, pop art-ready colors of the '60s. Costumes exist in harmony with décor and products. An early scene of Juliette washing dishes features a frock in a psychedelic pattern, a red-and-purple Buster Keaton poster, and an array of appealingly arranged packages. What could be mundane becomes scenic.

Fashion is presented as one of many quotidian concerns. "Should I wear trompe l'oeil ankle sock designs on pantyhose designed by Louis Ferraud?" Juliette asks, flipping through a magazine. Godard probably doesn't care all that much—it's just another consumerist distraction in the modern world, after all. But part of what's fascinating about Two or Three Things I Know About Her is how the camera lingers on fashion, making colors and patterns look so pleasingly tactile. Juliette wears a truly fabulous patent striped raincoat and wanders through a store brimming with colorful apparel.

A grid of shelves offers up a tantalizing array of striped shirts. Tightly packed plaid skirts and colorful sweaters fight for our attention, and the rack of furs suggest a life of upward mobility. At one point, the film describes art as "that by which form becomes style." The shop offers its own kind of artistic palette, with brightly colored tools that might momentarily relieve the blahness of the modern world. The sartorial choices to make feel endless, and the shopping scene lasts longer than we might expect. We observe Juliette's life, and while we may not really know her, we can lose ourselves in these aisles like kids in a candy store.

In one of her interactions as a prostitute, Juliette asks her client not to watch her undress. It's a small moment, but it suggests the power of clothing to protect. Later, a client asks her to put a Pan Am flight bag, one of the best-known consumer symbols of the decade, on her head. For all the talk about Godard's often-imperfect depictions of femininity, Two or Three Things I Know About Her seems to mock the concept of objectification by making it so literal, and doesn't go out of the way to make Juliette's fashion provocative.

Juliette at one point wears a striped dress along with her striped raincoat. Are the stripes symbolic of a sort of prison? Perhaps, but they're things Juliette chose, and she looks good in them. She wears the coat while standing by a painting of Anna Karina in A Woman Is a Woman, a clever wink at the director's fashion repertoire.

Late in the film, Juliette looks at us. She is wearing the raincoat and standing in front of a building in gray and violet tones that accent it perfectly. Juliette is enigmatic, a fashionable specter of womanhood. But her clothes just might give us some clues. As the film itself says, "Everything that embellishes life is instructive."