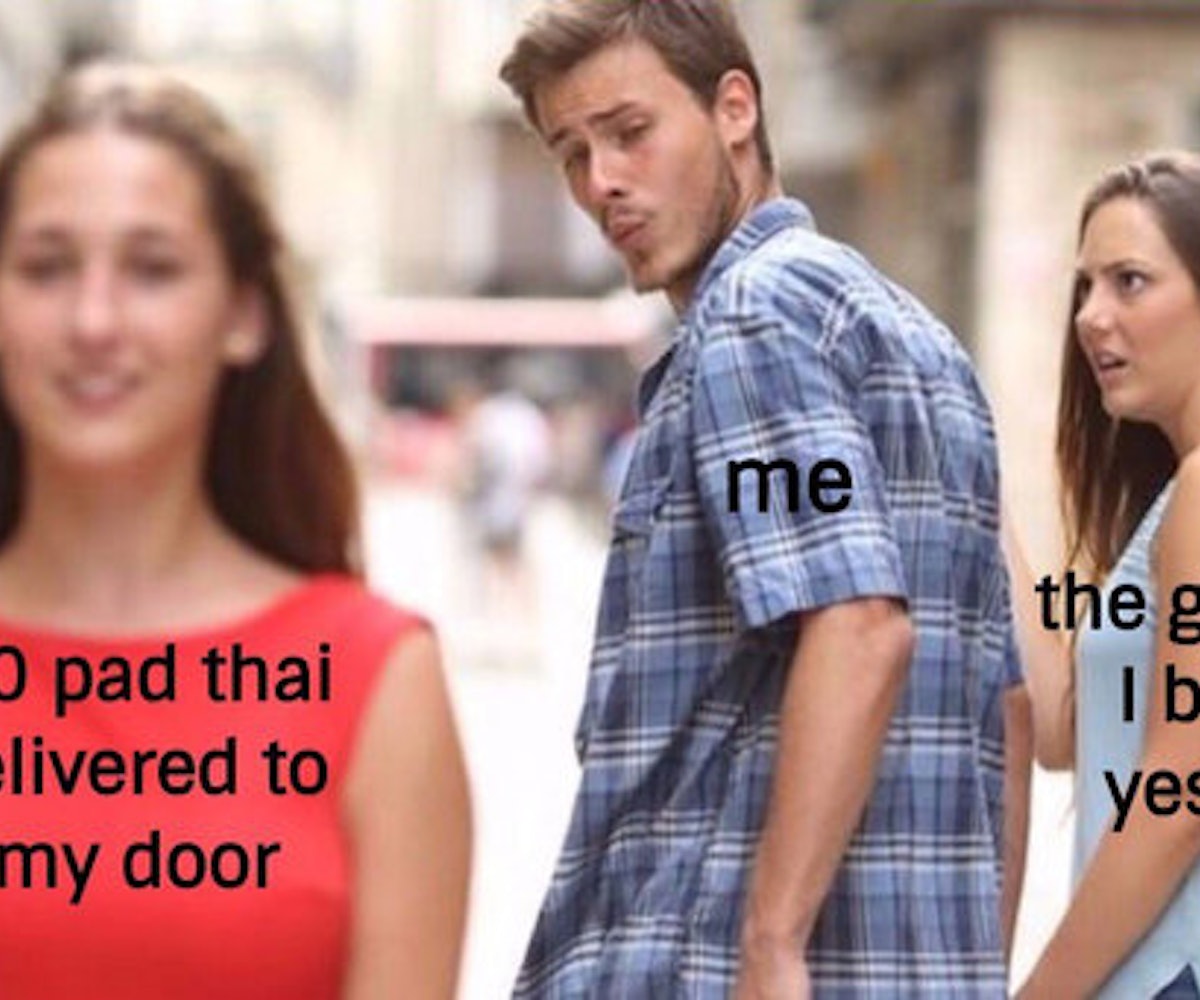 This week, a stock photo of a man blatantly checking out a girl who looks nearly identical to his girlfriend went viral on Twitter after people started to use the image as a metaphor for pretty much everything. Feeling anxious? There's a jealous girlfriend meme for that. Frustrated with corporate American greed? Here you go. The jealous girlfriend meme makes you confront the person you actually are—someone who orders takeout with a full fridge of groceries and who naps in spite of your long to-do list.

Who knew a lighthearted meme could make us revaluate our life decisions this much.

Most of them hit a little too close to home.

Pretty much we are all of these memes.

And remember, if life is a jealous girlfriend meme, aspire to be the woman walking away, unbothered by that random couple's trust issues.