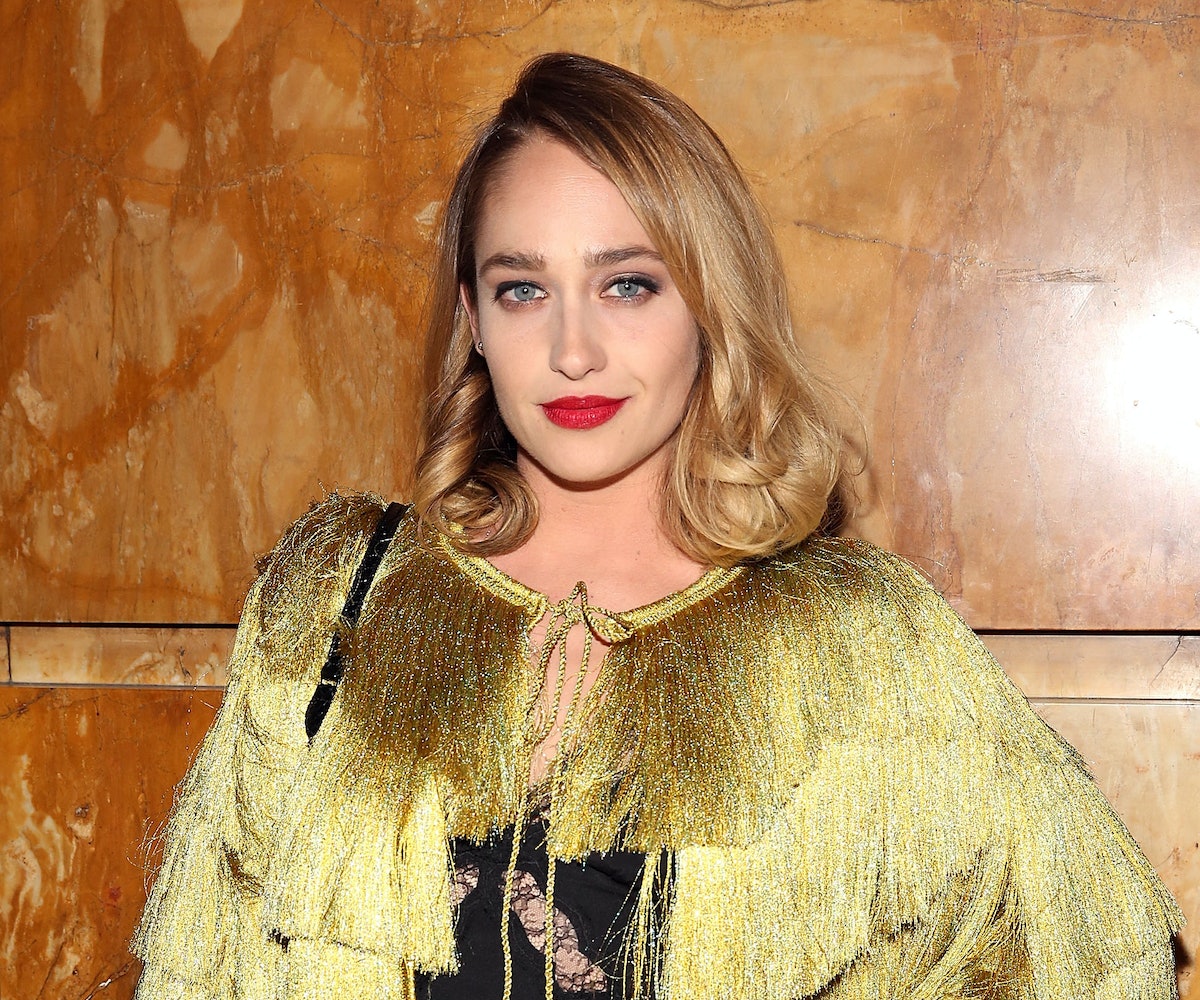 We know that most of what we see on television are figments of false reality, but it's hard not to make assumptions about celebrities. Even though Jemima Kirke exudes so much confidence on screen, she's actually come from a long road of struggles. Kirke's latest on-camera interview with StyleLikeU sees her opening up about style, self-acceptance, performance, and relationships. Throughout the video, the 31-year-old Girls star removes pieces of her clothing until she's in nothing but her underwear.

Kirke admits that she cut her hair as a reaction to hitting a rough patch with her now-separated husband, Michael Mosberg. Instead of making an impulsive decision of total self-destruction, she asked her husband to chop off her locks. In addition to working through the anger during this difficult time, Kirke also felt constrained by how "prissy" her hair made her feel. "I really believed for a while that without it I would be boring," she says.

Kirke also commented on how others perceive her image. She immediately struck down the notion of her instilling carefreeness and an attitude of "not giving a fuck," insisting that it is a trait that is far from true. The actor says that she is "a very dissatisfied person" who is exhausted by moments of feeling empty all the time. Despite the character that she plays on Girls, she doesn't necessarily possess that bright persona.

"I think I have a healthy outlook to the way that people think about me, but I'm not this free spirit by any means. I am riddles with neurosis, and self-loathing, and fear, and feeling inadequate," she says. "I have confidence in areas. My abilities I am not confident in."

Like all human beings, Kirke continues to evolve. She sees a therapist to deal with her inner demons—especially, according to her, her ego—and tackles each insecurity as it hits her. Kirke has made "a safety out of being trapped," but not in a way that makes her feel restricted by her responsibilities or suffocated by love. "I used to think freedom was being not attached to anything," she says. "I've been working on re-defining that."

Watch the honest interview, below.